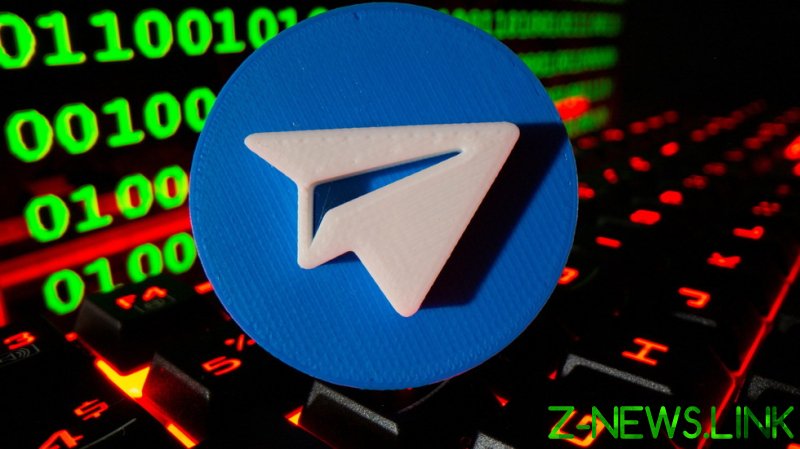 Telegram founder Pavel Durov took to the platform on Tuesday to congratulate his employees on a job well done, noting that not only had Telegram “welcomed over 70 million refugees from other platforms in one day” but that the platform had worked “flawlessly for the vast majority of our users” during that time, despite the unusually heavy traffic.

While some American users might have experienced some lag, he said, it was likely due to the flood of newcomers streaming in from Facebook and its various offshoots.

Monday’s catastrophe at Facebook was reportedly so complete that employees couldn’t even access certain buildings, as their badges could not connect to the company network. Many were reduced to communicating with each other via text message and Outlook email, as none of the internal computer systems functioned. CEO Mark Zuckerberg lost more than $6 billion as the outage dragged on, with the trillion-dollar company experiencing its largest drop in share value in all of 2021.

Telegram, on the other hand, was offering shell-shocked Facebook users a (digital) shoulder to cry on, responding to Twitter pleas with clever digs at its larger competitor and reminding the digitally stranded that its doors were wide open. As Durov said in his post, “We won’t fail you when others will.”

Describing itself as the world’s “largest independent messaging platform,” Telegram has distinguished itself from bigger social media companies by refraining from heavy-handed political censorship as other platforms tighten the screws on speech of all kinds.

Founded by Durov and his brother Nikolai in 2013, the app was launched as a competitor to WhatsApp prior to the latter’s acquisition by Facebook.

The pair previously founded VKontakte, best known as the “Russian Facebook,” which has a similar reputation for allowing users greater freedom of speech than its US-based competitor.