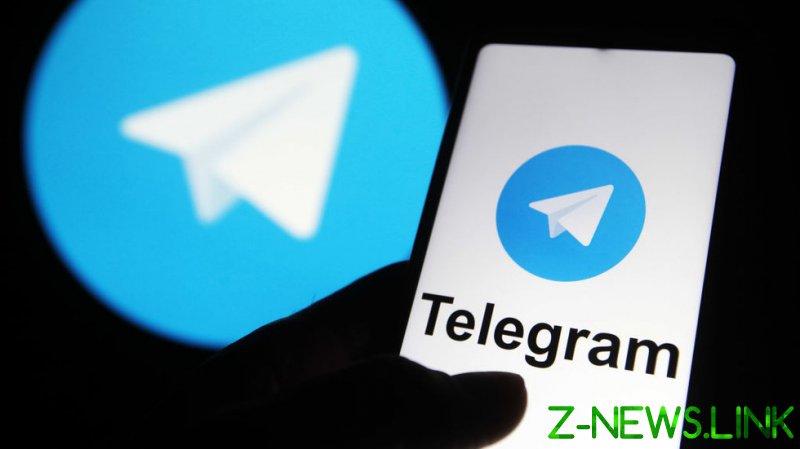 A Brazilian judge has ordered the suspension of messaging app Telegram, demanding that it be barred from operating in the country until it complies with orders to censor accounts that spread alleged misinformation.

Supreme Court Justice Alexandre de Moraes made the ruling on Friday, banning a communications platform that has been popular with President Jair Bolsonaro and other conservatives. The judge accused Telegram of disrespecting Brazilian law and repeatedly failing to comply with court decisions.

While Telegram founder and CEO Pavel Durov apologized for “negligence” in communications with the court, he argued that the problem stemmed from “an issue with emails” between the company’s corporate office and Brazilian authorities, who apparently “lost” a previous message directing them to send future notices to a “dedicated email address.”

“As a result of this miscommunication, the Court ruled to ban Telegram for being unresponsive,” Durov wrote in a Telegram post, adding “I am certain that once a reliable channel of communication is established, we’ll be able to efficiently process takedown requests for public channels that are illegal in Brazil.”

Bolsonaro reacted by posting a Twitter message that included an invitation to join his Telegram channel. “Our Telegram brings many actions of national interest, regrettably omitted by many, every day,” the populist president said. “Welcome, and share the truth.”

Telegram is so popular in Brazil that it has reportedly been downloaded on 53% of all mobile phones in the country. Like his former US counterpart, ex-President Donald Trump, Bolsonaro has been censored on Big Tech platforms, including Twitter and Facebook. He has urged supporters to join him on Telegram.

Battles over censorship are likely to heat up as Brazil’s October 2 election nears. Bolsonaro, who is seeking re-election, earlier this year blasted Brazilian election authorities for considering a ban of Telegram. “What they are doing to Brazil is cowardice,” he said in January.

Friday’s court ruling requires Apple and Google to help block users of their operating systems from accessing Telegram in Brazil. Moraes ordered that the suspension remain in place until the encrypted app complies with previous court rulings and pays fines.

Durov has been a staunch advocate for freedom of speech and protecting user privacy. “Telegram has never yielded to pressure from officials who wanted us to perform political censorship,” Durov wrote in 2017. “Freedom of speech is one of the values we’ve been defending for the last 11 years, first in Russia, and then globally.”

The Dubai-based app has blocked channels that promote violence or otherwise criminal behavior. Russian-born Durov gave the example of an Iranian channel that was blocked after ignoring a request to halt a vandalism contest and urging followers to burn mosques.

“Criticizing local authorities, challenging the status quo and engaging in political debate are OK,” the billionaire entrepreneur said. “Meanwhile, promoting violence and calling for actions that can harm innocent people are not OK. This is a rule of thumb we’re always applying when moderating public channels.”