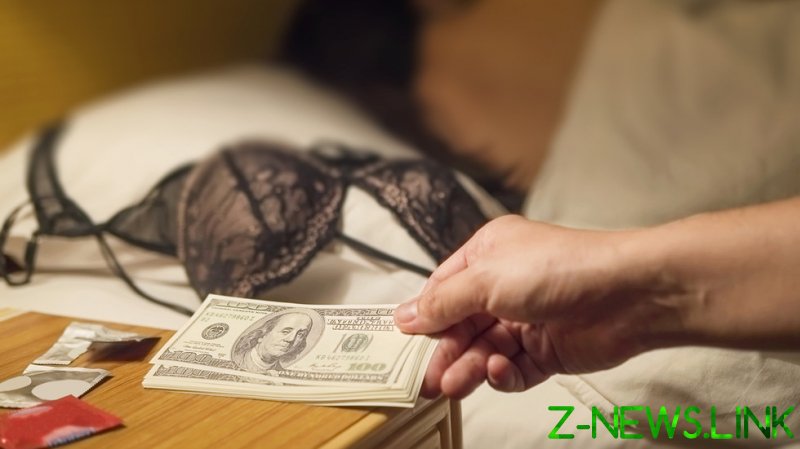 In recent months, the Russia-made messaging app has grown as a source of alternative media. For those seeking to read personal blogs, looking to find like-minded people, or simply searching for news outside the mainstream, it has become one of the market leaders. In Russia itself, the application was banned by the government until June 2020.

However, for almost half a decade, Telegram has also served as a powerful tool for extortion.

While the ability to anonymously run a channel has been beneficial for many, including during revolutions, it has a side effect of allowing people to post without consequence. In particular, the chance to publish private information has given birth to a powerful industry, with some paying thousands of dollars for channel administrators to remove posts.

What is ‘Skin Market’?

One of the most prominent of those channels in the Russian speaking-world, since at least 2017, was Skin Market. The concept was simple. On an almost daily basis, the anonymous administrator published photos of girls they claimed were working in the sex industry, typically as escorts. The pictures, sometimes taken straight from social media, often showed the target in a bikini or underwear. Frequently, the victims were Instagram models, beauty queen pageant competitors, or even famous Moscow high society fixtures. Many of the girls were underage.

Images were often accompanied by a text about the victim, typically detailing her alleged work inside the sex industry and services supposedly rendered, with evidence to back up the claims, such as a text message correspondence. Links to social networks – usually Instagram – were also regularly attached. Sometimes, and perhaps most dangerously, the posts even had a photocopy of the victim’s passport, exposing her real full name, with just the number blanked out.

Once placed online, hundreds of thousands of people would see the photos and personal information, leaving the victim open to online trolling and real-life bullying. This regularly led to targets deleting their social media accounts and hiding away from the limelight, with others having to deal with the fallout in their family and friendship groups.

“For those who are on my channel for the first time: In my posts, you will find out which popular girls are engaged in escorting and the whole truth about their lives from beginning to end. Photos, correspondence, videos – all this is waiting for you right here,” the administrator said, in a post pinned to be the first thing seen by all newcomers.

Although it has existed in multiple incarnations, the most recent channel, which had 240,000 followers when deleted in February 2021, was founded in 2017. According to the owner, the previous version was deleted after an exposé of a famous beauty pageant contestant who went on to marry a very famous rap star.

While the channel appears to be a way to dox females in the sex industry, the channel’s administrator, in fact, claims she is making a positive, meaningful impact.

In 2018, Russian TV channel 360 contacted the anonymous owner, who revealed herself as a female with the initials NG. Apparently, the creator thought up the ‘service’ after becoming frustrated by the number of young women she believes have forgotten about education and moral principles.

“I believe that our channel is a ray of light in the dark realm of predators,” she told the network. “We help people not to make mistakes and make the right choice of companion.”

The mysterious administrators also claimed that all information is meticulously checked for truth, and there have been no occasions that a victim turned out to have a squeaky-clean reputation.

“Unfortunately, there were no such cases. We feel sorry for many girls, no matter how strange it may sound, but this is the purest truth,”she said.

However, despite the owner posing as a moral ‘exposer’ of alleged sex workers with a mission to warn those wanting to join the industry, the channel was often used as a form of revenge. While some posts were tip-offs from old friends or ex-partners, many came from others involved in the sex industry. Speaking to RT, one of the victims explained that she was exposed after falling out with a client. Another girl said that information about her came from her old agent – or pimp – who publicized her private information after she didn’t give him a cut.

However, for the owner, it seems as though the channel’s raison d’etre was, very simply, extortion. Once a girl’s personal details were published to hundreds of thousands of viewers, the administrator would offer to remove the post at a price.

However, the experience of being publicly exposed wasn’t a cause of laughter for many others. In 2019, Instagram star Natalia Sulyanova told REN-TV that she also received a message with a payment demand for her to salvage her reputation.

“On Instagram, they came to me and said: ‘If you do not want any dirt to come out about you, we can help, if you pay.’ I said: ‘Guys, what you are saying has nothing to do with me. There is nothing to write about me,'” she told the channel.

According to Sulyanova, the ransom figure was 150,000 rubles ($2,000). Immediately after she rejected their offer, a story about her was published.

Skin Market gained mainstream prominence in 2019 when TV host Andrey Malakhov focused an episode of his talk show on victims of the Telegram group. The program was broadcast on Russia 1, the country’s second most popular channel. The YouTube video of this episode now has over 7 million views and caused much discussion after openly showing payment for prostitution on a federally-owned network.

The episode went viral after editors set up a meeting with two girls, both of whom thought they were on the show to discuss their lifestyle.

While one was being interviewed, Malakhov played a previously recorded clip of the show’s producers meeting with her for $1,500, while undercover. As part of the sting, a rented apartment was equipped with hidden cameras that recorded their conversation and even caught her getting undressed – without her consent.

Another, a reality TV star from the long-running show ‘House-2’, agreed to meet with an actor posing as a fake entrepreneur. They arranged to have a meal on a rented boat on the Moscow River, where she revealed her price of $2,500 a night.

Why was it banned?

Despite this large-scale publicity, Telegram let the channel sit, allowing Skin Market to extort and breach hundreds of victims’ privacy.

Then, in February, something changed. According to the popular news outlet Baza, famous in Russia for breaking stories before mainstream media, the channel was shut down after a complaint.

Baza reported that Skin Market posted private information and a photo of an alleged escort, who subsequently received attacks and backlash from anonymous individuals. She then got herself legal representation, who sent a complaint to the company.

“The lawyer immediately wrote directly to Apple and Telegram, stating that the publication of his client’s profile violated the laws on personal data and copyright in the United States, Russia, and the UAE,” Baza wrote.

“Telegram sent the Skin Market a notice demanding to remove the copyright-infringing content,”Baza continued. “For some reason, the admins did not do so, and as a result, the messenger was forced to take down the channel completely.”

The recent complaint was not the first Telegram officials heard of Skin Market. In June 2020, an underage Ukrainian girl turned to law enforcement after the channel claimed she sold her virginity to Russian billionaire Oleg Deripaska for 2.5 million rubles ($34,000). According to reports, the channel asked for 100,000 rubles ($1,300) as a deletion fee.

According to the young model, the post was likely the invention of someone with a reason to be jealous. However, once the media reported that she had gone to law enforcement, the post was quickly deleted. She also urged other girls affected by the channel to contact the authorities and not to be afraid.

“I appeal to all the girls who have suffered from this Telegram channel ‘Skin Market.’ If you want to get justice and punish the abusers, do not be scared to contact the police,”she said. “We will shut down this Telegram marketplace of lying scammers.”

Responding to requests from RT, another of the women featured on the channel refused to detail her experience, revealing that she is currently in talks with a lawyer.

What does the future hold?

Despite the closure of Skin Market, this certainly isn’t the end of the issue. Immediately after it was deleted, hundreds of copycats sprung up, and one of them already has 7,400 subscribers. Now the main beast is gone, others certainly will try to fill the gap.

However, the owners of Telegram might be starting to realize what their app has become. In early February, St. Petersburg-born founder Pavel Durov promised that the messenger would block “problematic channels” that publish people’s personal data. In particular, Durov noted that the app removed several channels that put contact details of protesters in the public sphere, as well as others that released the home address of judges, prosecutors, and law enforcement officers.

“Such use of Telegram is directly contrary to our rules, which prohibit public calls for violence,”he noted. “As a result, today, we decided to block problematic channels with personal data.”