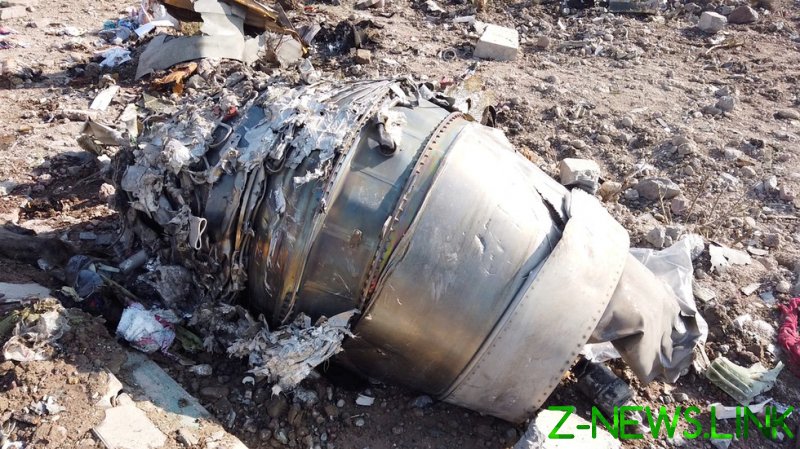 Foreign Ministry spokesman Saeed Khatibzadeh said in a statement that it was regrettable that Ukrainian officials continue to make “vague political remarks” about the tragic incident.

Ukraine International Airlines Flight 752 was shot down in January 2020 by an Iranian air defense unit shortly after departing from Tehran, killing all 176 passengers and crew on board. Iran’s Civil Aviation Organization concluded last month that the plane was hit by two missiles after it was wrongly identified as a hostile target.

Kiev has been critical of Iran’s probe into the incident, accusing Tehran of a cover-up. Earlier this week, Oleksiy Danilov, secretary of Ukraine’s National Security and Defence Council, went a step further, stating explicitly that he believed Iran had intentionally targeted the civilian airliner.

“When they say this was accidental, I don’t buy that. It was intentional. This was a conscious attack,” he told Canada’s Globe and Mail. He suggested, provocatively, that Tehran may have shot down the Ukrainian plane in order to dissuade the United States from launching an attack on the Islamic Republic. The airliner was hit hours after Iran launched missile strikes against two military bases in Iraq that housed US forces, in retaliation for the US assassination of senior Iranian commander Qassem Soleimani.

Responding to Danilov, Khatibzadeh said it was unfortunate that Ukraine continues to use the media to perpetuate “imaginary and commissioned theories.” The Foreign Ministry spokesman accused the Ukrainian authorities of denying the “objective and technical reality” of the “bitter incident,” and advised Kiev not to “exit the boundaries of reason and law when making remarks.”

Danilov isn’t the only senior Ukrainian official to have leveled accusations against Iran. Following the release of Tehran’s investigatory report, Ukrainian Foreign Minister Dmytro Kuleba alleged Iran was trying to “hide the true reasons” for the incident, adding that Kiev would not allow the Islamic Republic to avoid responsibility for the “crime.”

In July, Iran announced it would pay compensation for having shot down the passenger plane, although the amount has yet to be determined.