Home / WORLD / Teens struggling with gender identity don’t just need affirmation, but to be made aware of the consequences too

Teens struggling with gender identity don’t just need affirmation, but to be made aware of the consequences too 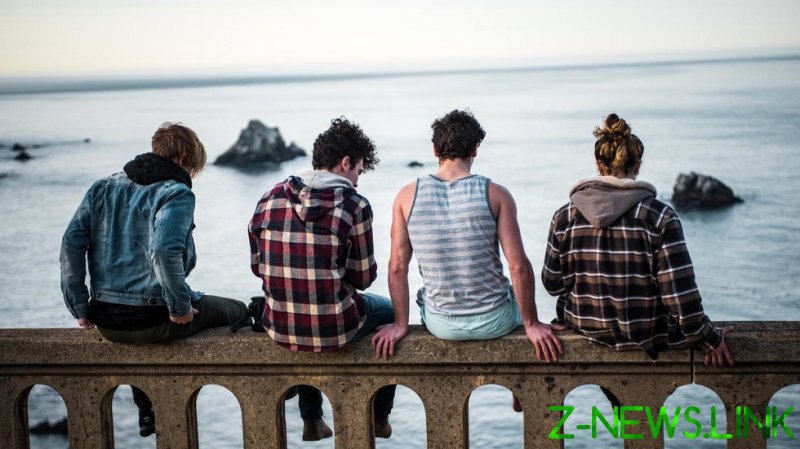 It’s not easy being young. So many questions need answering, but, nowadays, the amount of information available is enough to confuse even the most self-assured adult, let alone a teenager. When it comes to a matter as complicated as an adolescent’s sexual development, things really become very difficult indeed. Mainstream media, pop culture, and social networks all want kids to engage in the debate, no matter how damaging it could potentially be for their mind.

Marcus Evans, a UK psychoanalyst with decades of experience, warns that all matters related to a child’s fragile psychological state should be addressed with extreme caution.

“When the child suddenly develops secondary sexual characteristics, this throws up all sorts of confusion and worries about the development of the body, what’ll be expected from them in terms of sexual relationships, what’s their role in society. Some children find it very anxiety-provoking,” he says.

“As a 12-year-old, you could start on puberty blockers as you hate sex, hate your breasts, you don’t want to have children. But you have no way of knowing what sort of person you’ll be when you’re 25. And this is the beauty of human development!” he explains. “But if you go to the internet and have your beliefs affirmed and agreed with, [and content] saying, ‘Yes, you don’t like your breasts – get rid of them’, you can be pushed down a path which can have serious long-term consequences that you haven’t foreseen.”

Stefano Eleuteri, a sexologist with a PhD in social and developmental psychology and educational research, and a fellow at Sapienza University, in Rome, sees some benefits in the media attention currently being given to matters of self-identification. “On the one hand, it has the positive aspect of boosting recognition and acceptance,” he points out. But, on the other, it can create a trend that many young people follow into a new realm, without realizing they do not belong there.

Here’s the problem: both a lack and a surplus of information can cause damage. It looks like the best solution is to try to teach teenagers to analyze, filter, and accept just that knowledge that won’t harm but only help them. “As adults, we would be correct to slow the child down and say, ‘OK, you don’t like your breasts, but you can grow to like yourself and feel comfortable as a woman over time’,” Evans says.

Unfortunately, there’s a long way to go. The dominating narrative wants you to make your choice now, and not bother asking ‘useless’ adults for their input into your decision-making.

Take this example from pop culture. In one of the latest episodes of the Netflix series ‘Sex Education’, the viewers meet two non-binary characters. One of them, Layla, is really struggling with chest binding, which is used by some trans people to flatten and conceal their breasts. It’s irritating their skin and causing them extreme discomfort. So, do they ask a doctor for help? No – they ask a classmate.

‘Sex Education’ is currently one of the most popular shows on Netflix, and it raises many important questions and provides a good number of valuable answers. However, the binding episode may provide more of the first than the second, because it’s great if you have a friend clever enough to help you out, but what if you don’t?

Dr. Eleuteri says the number of people practicing chest binding is increasing. He suggests this may be related to the fact that, in many places worldwide, society has become more accepting of those who are different. Identifying as non-binary is therefore seen by adolescents who may not yet be able to identify whether they feel like a man or a woman as an opportunity to keep their options open. As regards chest binding in particular, he says if it’s done in a safe way, it’s not a problem. “But if the binder is too small or too tight, it can cause problems,” he adds. “Especially if it’s worn for a long period. It can restrict breathing, irritate skin, even cause ribs to fracture. So, it can really cause grave consequences if not done properly.”

When actress Emma Corrin appeared in a chest binder in photos published this summer, several media outlets rushed to explain to their readers what it was. While the practice of binding is not new, it’s noted in all the studies – of which there are very few, research into the consequences being so far scant – that it should be approached in a very cautious manner. During the Covid-19 pandemic, warnings emerged about the restriction to breathing a binder causes, and how it would likely aggravate symptoms in coronavirus sufferers.

“It’s important that someone like a doctor explains to adolescents how to do it safely,” Dr. Eleuteri said.

There’s just one problem: adolescents, who tend to the extremes in their decision-making because of their youth, cannot be expected to be cautious. When there’s a question related to a potentially negative impact on their health, advice from a professional is crucial.

“Children want to rebel against their parents and kick against their ideals, and that’s OK. It’s a part of normal development, becoming separate from your parents, becoming a person in your own right,” Evans says. “But the point is, being a parent, being an adult, we know that sometimes you can make short-term decisions because you’re driven by anxiety or confusion.”

Angus Fox, a British academic who represents an international alliance of parents and professional groups called Genspect, has his own theory about the reasons for the chest-binding trend.

“I think there’s a new generation of kids who are very disembodied, very detached from their bodies, very screen-focused, using the internet a lot, and they’re quite lonely. When they hit puberty, which is difficult for some anyway, they’re very, very weak. They have few real-world friends, few real-world activities. Then they come across this community of people online and realize they can get kind of ‘love-bombed’ – and that’s very appealing for a young person,” he explains. “They see it as the answer to all their problems. So, they start to rewrite their history as if they’ve always been like this. Their parents look at them and think, “This isn’t true – you weren’t uncomfortable [before].’”

Dr. Eleuteri suggests that children may avoid talking to adults about their perceived problems with gender identity out of a fear of being judged, preferring instead to seek support elsewhere. Their parents may view them starting to bind as an experiment, an attempt to try on another gender, and may dismiss it as just a ‘phase’. Also, in some countries, a teenager cannot refer themselves to a specialist. “Consultations need to be paid for – there are not that many free services for teenagers. And, as usually happens with matters related to sexuality, it’s easier to look for information on the internet,” he says.

‘We need a dialogue’

All this information is aimed at helping children, not guiding them, and there’s a crucial difference between the two. Unfortunately, as Marcus Evans points out, the practice nowadays is far from ideal.

“[As psychoanalysts,] we’ve adopted this approach called the ‘affirmation model’, which is basically this: when a child comes to you and says they were born in the wrong body and want to change their name from Joanne to John, you immediately affirm their belief, as if you don’t, you’ll upset them,” he explains.

Evans says the dominant idea at present that you can transform your personality by changing your body is wrong. Your mind comes with you, he says. A lot of these kids regret their decisions, post-transition, and live complicated lives thereafter, realizing their problems remain unresolved.

“My wife [psychoanalytic psychotherapist Susan Evans] and I began speaking out, and we wrote a book. One should be extremely cautious when talking to children,” Evans says. “The problem is there’s been an enormous politicization of this area, and people are being dissuaded from giving the other side of the argument.

“I had an article published by the Cambridge University Press last year. A lot of psychiatrists know there’s a problem in this area, and they were relieved to see someone writing about it. But there were all sorts of letters asking the editor, ‘Why are you publishing this?’ and attacking me as a right-wing bigot. They have no knowledge of me, but it doesn’t stop them from attacking and undermining my credentials as a serious professional who’s got something to say.”

But now, more and more people are starting to challenge the prevailing norm when it comes to gender identity, and the other side of the argument is being put forward, and that’s important. As Evans concludes. “It’s very rarely helpful to have a certain set of beliefs which dominate, and to shut down the opposition. We are complicated, issues are complicated, and we need a dialogue.”