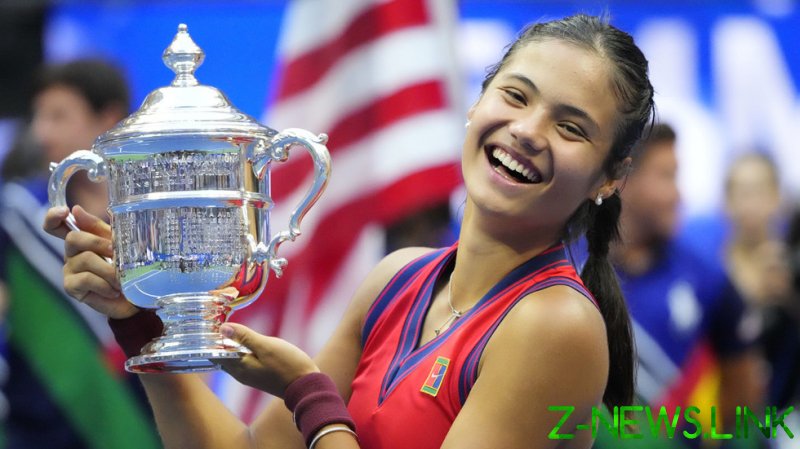 In an all-teenage final at Flushing Meadows, Raducanu ran out a straight-sets winner 6-4 6-3 to become the first British female Grand Slam singles champion in 44 years.

Appearing in just her second Grand Slam, the teenage star also became the first qualifier – male or female – to go all the way to the title at a major tournament in the Open Era.

Raducanu and Fernandez, 19, had both defied expectations to come this far in New York, having started the tournament unseeded.

Raducanu, meanwhile, had not dropped a single set on her route to Saturday’s showdown – becoming the first star in the Open Era to emerge from qualifying and set up a shot at Grand Slam glory.

It was the Brit who continued that form to boss the final at Arthur Ashe Stadium, also overcoming some late drama as she cut her leg while serving for the match.

Fernandez appeared angry as Raducanu required medical treatment when the Canadian had break point and a chance to wrestle back the initiative, but the Brit was patched up and went on to save another break point before seeing out the match – and the championship – with an ace.

As the records tumbled with her feat in New York, Raducanu became the youngest Grand Slam queen since Russia’s Maria Sharapova won Wimbledon as a 17-year-old back in 2004.

That victory propelled Sharapova to global stardom – as well as a further four Grand Slam titles – and similar might now be expected from Raducanu.

Given Raducanu’s rise from an outsider to a Grand Slam queen, many hailed her New York fairytale as among the greatest stories that tennis – and perhaps even sport as a whole – has ever witnessed.

Raducanu will pocket $2.5 million in prize money for her title win in New York, capping a life-changing few weeks that even she has admitted she did not see coming.

The young star, who was born in Canada to a Chinese mother and Romanian father but moved to the UK at the age of two, was taking her A-Level school exams just a few months ago but has now become a national icon in Britain and a heroine far beyond.

Raducanu first emerged into the broader national conscience during Wimbledon in her maiden Grand Slam appearance in the summer, but on that occasion was forced to retire from her fourth-round match due to breathing problems.

Some in the media – including US tennis icon John McEnroe and UK TV personality Piers Morgan – appeared to question Raducanu’s resilience as a result of her withdrawal, but she has bounced back in a style that few would have expected.

The last British women’s singles winner in New York was Virginia Wade all the way back in 1968, and  such was Raducanu’s achievement that Queen Elizabeth II even issued a royal seal of approval.

“It is a remarkable achievement at such a young age, and is testament to your hard work and dedication,” said the 95-year-old monarch in a message.

“I have no doubt your outstanding performance, and that of your opponent Leylah Fernandez, will inspire the next generation of tennis players. I send my warmest good wishes to you and your many supporters.” 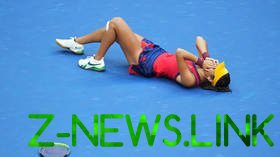 Speaking to former British men’s Grand Slam contender Tim Henman on court, Raducanu herself said she had come up “clutch” against her opponent at some key moments.

“Yesterday there were weird feelings I couldn’t put my finger on, I think that’s just normal, when I came out it was business as usual, one point at a time,” said the star.

“I had to fight hard for that first set and keep myself ahead in the second.

“In the key moments, I came out with some clutch serves and was changing direction as early as possible.”

Raducanu can now revel in her unique slice of history in the Big Apple – and can look forward to a hero’s welcome on her return to the UK.