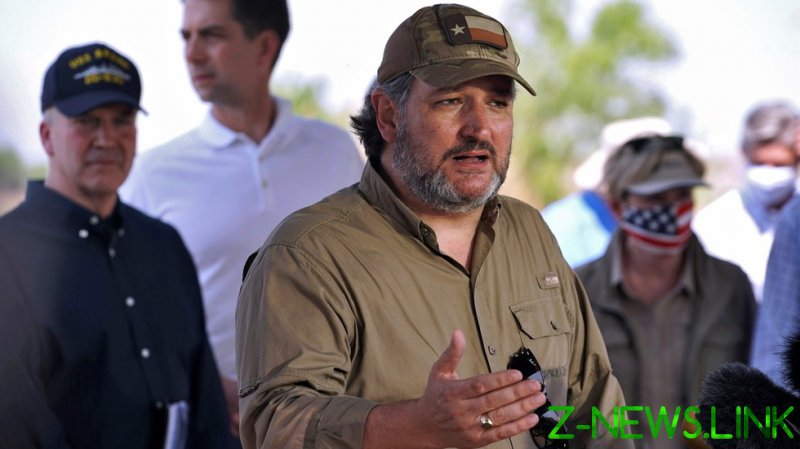 At a Thursday event in Virginia, Cruz was confronted by a woman who said she believed Trump was the true winner of the presidential election.

“Wondering why you didn’t do more to fight for President [Donald] Trump on January 6th?” she asked Cruz, to which the Senator said he led objections in the Senate against Joe Biden’s victory, but did not have the support he needed.

“I led the fight,” Cruz said after shooting an uncomfortable look to the camera. “At the end of the day, you’ve got to have the votes on the floor of the Senate.”

Cruz critics have capitalized on the video since it was posted on Friday by Under Current’s Lauren Winsor, presenting it as proof the Texas senator helped instigate the “insurrection.”

“[Ted Cruz] ADMITS he led the ‘Fight’ – the insurrection, the attempt to install a defeated candidate into the presidency,” actress and liberal activist Debra Messing tweeted in reaction to the video.

“There is a lot to be angry about in this,” Lincoln Project’s Fred Wellman, a longtime critic of both Cruz and Trump, added.

Cruz responded to the video in a tweet, blasting liberals’ supposed “gotcha” moment and called out the entire incident as a setup by an “undercover Leftie.”

“Hysterical: (1) Twitter Lefties think this ‘undercover’ Leftie is a real Trump supporter,” he tweeted. “(2) They think it’s a ‘gotcha’ that I ‘led the fight’–not with violence, but w/ ‘VOTES on the Senate floor.’ (3) I wanted the results audited, but we ‘didn’t have the votes in the Senate.’”

Cruz’s “leading the fight” comment refers to his effort, along with numerous other senators, to object to the results from Pennsylvania, one of several states Trump officially lost but claimed to have won if not for fraudulent ballots.

Cruz explained through a statement at the time that his objection was not meant to “thwart” the results of the election, but rather to address concerns of citizens. The election, he argued, “featured unprecedented allegations of voter fraud, violations and lax enforcement of election law, and other voting irregularities” and those worries needed to be addressed. The objection was voted down before Congress officially certified Joe Biden’s victory.

Cruz’s objection has made him a common target for liberal activists and politicians. After he reached out to Rep. Alexandria Ocasio-Cortez (D-New York) earlier this year on an issue they both agreed with – stopping stock trading app RobinHood blocking the buying of GameStop shares – the far-left lawmaker replied that Cruz had tried to have her “murdered.”