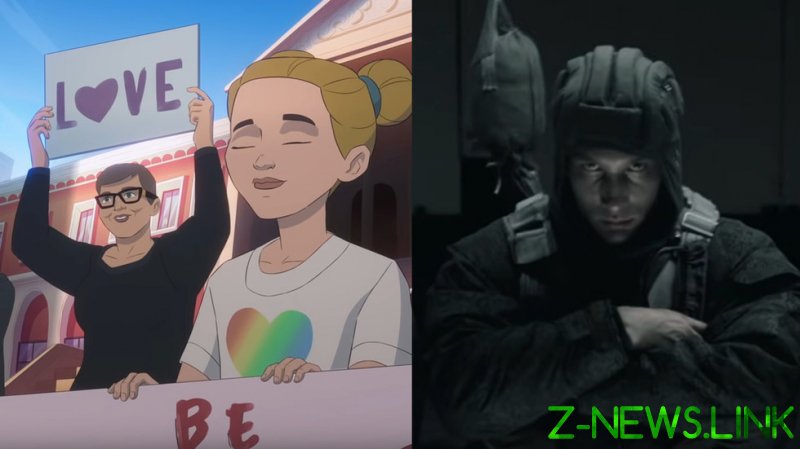 “Holy crap. Perhaps a woke, emasculated military is not the best idea…” Cruz tweeted on Thursday, above a video combining a Russian army recruitment ad with a recent US Army one.

The minute-long mashup, originally posted on TikTok but retweeted on Wednesday, has already racked up nearly two million views. Cruz immediately caught flak from extremely online Democrats, neocons, Russiagate promoters and online #Resistance in general – none of whom bothered to address the point he was making, choosing instead to shriek about him posting “literally Russian propaganda.”

Cruz “retweeted a Russian propaganda video and called the US military weak. That’s how he thinks you appeal to the republican base in 2021,” tweeted Tommy Vietor, former Obama administration spokesman and co-host of Pod Save America.

He was echoed by Russiagate-promoting lawyer Bradley P. Moss Esquire, who said a “flaccid politician is spreading Russian propaganda to knock our military.”

Atlantic writer and ‘principled conservative’ Tom Nichols said Cruz should have asked “experts” like himself what the Russian military is really like, “but if you’d rather pump their propaganda, that’s another way to go.”

“Do you have any other Russian propaganda videos you’d like to promote, senator?” asked Princeton professor and Democrat activist Kevin Kruse.

Other resistance activists simply went for expletive-laden ad hominem attacks and brought up Cruz’s family trip to Mexico earlier this year, during a power outage due to freezing weather in Texas.

None of the criticism would address the substance of the original mashup video – which contrasted the Russian approach to attracting men to serve in the armed forces to that recently adopted by the US military.

The Russian ad, which dates back to 2014, tells potential soldiers that “what was yesterday is meaningless” and that “nobody cares who you used to be.” The greatest enemy is “you of yesterday” and the mission is to find that enemy, defeat him and return victorious. “Because tomorrow is the first day of your new life,” the narrator concludes.

While it became a hit on YouTube in May 2014, it was little-known in the US – until the conservative news outlet Townhall brought it up last week in contrast to the “Calling” video campaign promoted by the US Army.

The specific video – which makes up the second half of the mashup Cruz tweeted, something his critics seemingly never noticed –  featured a corporal called Emily, who mainly talks mainly about her previous life, identity politics and activism.

The current US administration – and its online defenders – are particularly touchy about criticism of the new, “woke” Pentagon. Back in March, when Fox News host Tucker Carlson made the same kind of comparison – contrasting the “feminine” US military with a more masculine Chinese one – the Pentagon itself got involved, issuing an official news release about “smiting” Carlson for “dissing diversity.”

After a number of active-duty officers posted videos denouncing the Fox News host, Pentagon spokesman John Kirby added that Defense Secretary Lloyd Austin “shares the revulsion of so many others to what Mr. Carlson said.”