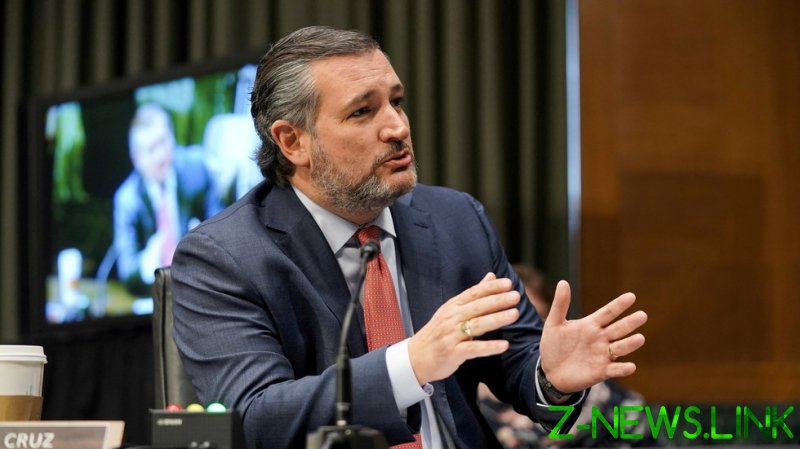 Cruz used Facebook’s recent reversal on a rule to flag posts suggesting Covid-19 was man-made as proof that the company is on “behalf of the government” in a Sunday interview with Fox News’ Maria Bartiromo.

“These latest breakthroughs have real consequences because it now is clear that Facebook was operating at the direction of and in the direct benefit of the federal government and operating as the government’s censor, utilizing their monopoly position to censor on behalf of the government,” the senator said.

The fact that Facebook appears to be taking its policing cues from the government and officials like Fauci, Cruz said, means they may not be able to hide behind their usual “private company” defense as they are acting as a “state agency.”

“When they say, ‘Should we censor this? And Fauci says, ‘Yes.’ And they censor it for the federal government. And then magically when the government changes its mind and says, ‘Oh, all those facts that were there a year ago, now you’re allowed to talk about it.’ They stop censoring it with the flip of a switch,” Cruz said, adding that the platform should be open to “very serious legal liability.”

Facebook announced in February that it was policing posts that suggested Covid-19 had man-made origins, a previously ‘debunked’ conspiracy theory that is now a debated topic as investigations into the virus’ origins continue. The company announced this month they were reversing the policy after “consultation with public health experts.”

Cruz alleges it was only government officials taking a lighter stance on theories that the virus was created in a Wuhan lab accident that prompted the social media giant to change their policy.

The Texas senator claims Facebook’s obvious reversal could and possibly should open them up to legal action from previously-censored users.

“If you went out and posted the facts that led a year ago to the very strong likelihood that the COVID virus escaped from a Chinese government lab in Wuhan, China, if you posted that a year ago and they took it down, I think there’s a very good argument you have a cause of action against Facebook,” he said.

Cruz also turned his attention towards Fauci and the recent email dump as a result of multiple Freedom of Information Act requests, accusing the medical official of “misleading” the American people, along with Facebook.

“I got to say this email dump that came out makes clear that this is not just being sloppy, it is systematic, and it is systemically an effort to mislead the American people,” he said, referring to emails where Fauci is seemingly more open to Covid being man-made than than what he said in his public statements.

Numerous Republican lawmakers have called on Fauci to resign from his position, citing the recent email dump and multiple seeming flip-flops on key issues.

President Joe Biden said this week that he’s “very confident” in Fauci despite recent controversies, and White House Press Secretary Jen Psaki confirmed Biden had no plans to push Fauci out of his position.