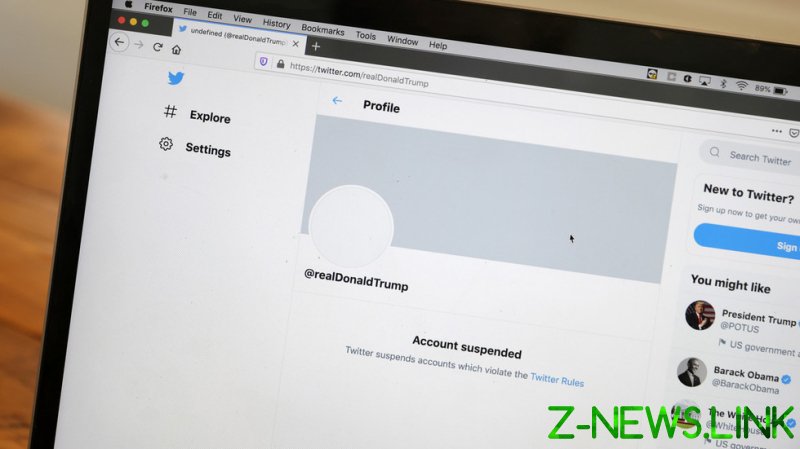 “The App Store and Google Play are definitely major obstacles for any other platforms to arise that would have Trump as a major feature,” said Rectenwald, who was a liberal studies professor at the New York University.

In a series of since-deleted tweets from the official @POTUS account, Trump said he was studying “the possibilities of building out our own platform in the near future,” and promised that he would not be “silenced.”

On Saturday, Google suspended social network Parler from its Play Store, citing a failure to remove “egregious content.” Founded in 2018, Parler has become popular with conservative users, including Trump supporters.

BuzzFeed News cited an email from Apple threatening to remove Parler from the App Store unless it moderates “objectionable content” on its platform. “The app also appears to continue to be used to plan and facilitate yet further illegal and dangerous activities,” Apple was quoted as saying.

Parler CEO John Matze confirmed to Reuters that Apple threatened to remove the social media platform from the App Store unless its content moderation policy changes.

“We won’t cave to politically motivated companies and those authoritarians who hate free speech!” Matze wrote on Parler.