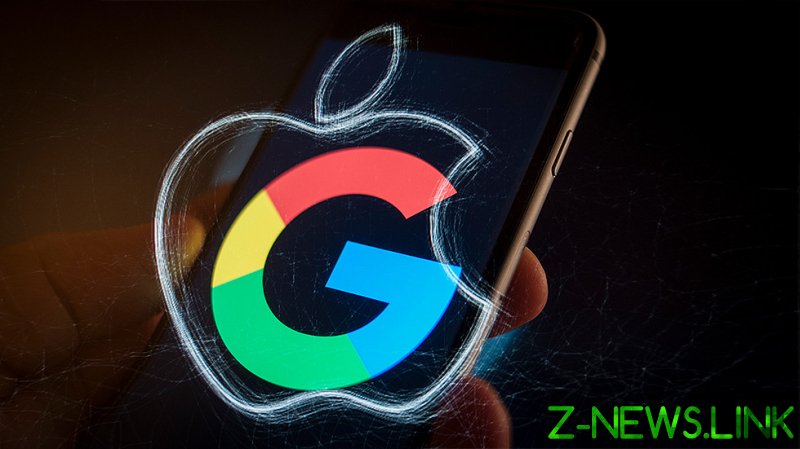 Alexey Pushkov, a prominent Senator and Chairman of the Federation Council on Information Policy and Media Relations warned on Sunday that the “diktat of internet giants” set a dangerous precedent. In a message posted to his official Telegram channel, the politician added that Moscow would “draw serious conclusions from the blocking of Trump by US social network conglomerates. Almost totally depending on foreign internet platforms is incompatible with the sovereignty of the country,” he argued.

However, the founder of the Russian-created Telegram messaging service, Pavel Durov, has now warned that “the Apple-Google duopoly poses a much bigger problem for freedoms than Twitter.” Of the two, he said, Silicon Valley stalwart Apple, worth more than $1.3 trillion, was the most worrying.

This, he suggests, is “because it can completely restrict which apps you use.” Over the weekend, the tech giant announced it would ban social media service Parler from its iOS store over apparent breaches to its guidelines. Telegram, which says it prioritizes the right to free speech more than its rivals, has become popular with Trump and his supporters since the president was indefinitely suspended from Twitter and Facebook. Telegram’s Durov added that his company was working on a web-based app as a contingency, should it become the next target of an App Store ban.

The Telegram founder, who first made his name with Russia’s top social network VK, also urged smartphone users to make the switch to the Android operating system, where users have more control over what they can install and use. This, he said, is “the least they can do to retain access to a free flow of information.”

In November, Russia’s media watchdog warned Google, and its subsidiary YouTube, over perceived censorship of content from the country’s media organizations. The row was sparked by the California-based streaming service’s decision to label an RT documentary on American right-wing militias as “extremist.” Roskomnadzor, the federal communications agency, warned that “cases of the administration of the YouTube video hosting service blocking, labelling, warning, consent and other restrictions with respect to materials of Russian media and journalists have become more frequent.”

Donald Trump has faced a near-total removal from social media sites since facing accusations that he’d encouraged his supporters to storm Washington’s Capitol building last Wednesday. Four protesters and one police officer are said to have lost their lives in the violent scenes. While he urged the activists to “go home,” the president reiterated claims that November’s election had been rigged, and told demonstrators that “we love you. You’re very special.”