Home / WORLD / Tech giant YouTube doesn’t seem to know why it banned our channels, head of RT DE reveals, as fight to restore them continues 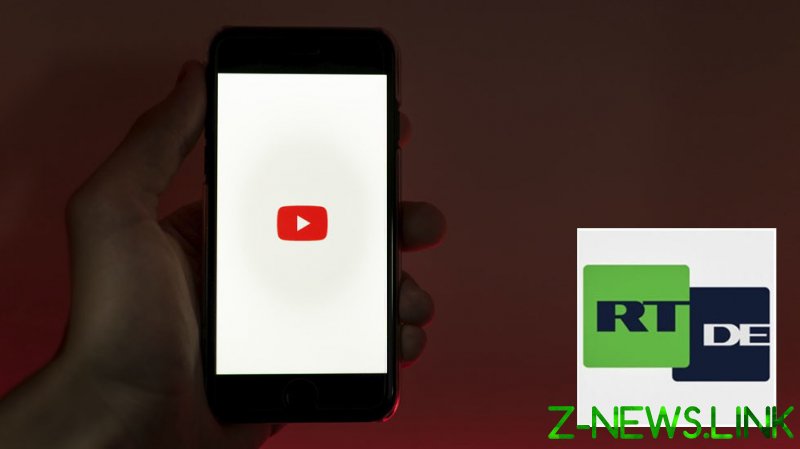 “It seems to us that YouTube first goes swinging to block channels and only then starts to ‘investigate’ the reasons for doing it,” Dinara Toktosunova, the head of RT in Germany, said. She was referring to messages her Berlin-based branch received from the video hosting services after appealing its decision to ban two highly-popular channels on its platform.

The YouTube channels of RT DE and DFP [Der Fehlende Part/the missing piece], were erased in late September. The initial justification was that both channels violated YouTube’s community rules. But a message that YouTube sent to RT DE days later instructed the Russian outlet to disregard that statement, Toktosunova said.

YouTube’s current position, according to Toktosunova, is that RT DE violated its rules on medical misinformation and that DFP was blocked for uploading RT DE content previously red-flagged by the service.

“It’s true that RT DE and Der Fehlende Part are parts of a multichannel network, which implies content sharing and cooperation. But RT DE never uploaded previously blocked content to DFP,” she said.

Toktosunova added that RT DE only had one ‘strike’ from YouTube before it was fully banned. A channel usually has to receive three strikes to be suspended. She said RT DE is waiting for a new response from the company explaining these inconsistencies, and “Maybe they’ll do another flip-flop.”

Moscow reacted strongly to the suspension of RT DE’s channels on YouTube, calling it part of a harassment campaign against the German-language outlet and accusing Berlin of giving its tacit approval, if not direct encouragement, to Google. The German government denied any involvement in the decision.

The case was brought up by Russian President Vladimir Putin on Thursday during his annual talk at the Valdai Discussion Club. He called it an obvious violation of freedom of speech, but advocated against retaliating against German media in Russia, saying “reciprocal measures should not be counterproductive.”

RT DE has tried to secure an injunction from a German court, but the process will not be as expedient as it hoped, according to Toktosunova.

“It turned out that by the time our request was filed, the court already had Google’s arguments against it.” It looked like Google had sent their legal arguments in advance, trying to convince the court not to take the side of RT DE, she said.

RT DE was given until October 26 to read Google’s position and respond to it. So the fight to restore the channels will be “complicated and probably lengthy (unlike the lightning-swift unblocking of the videos by the #allesaufdentisch project),” the RT DE chief said.

She was referring to a similar YouTube ban of some interviews published by an online campaign whose name, #allesaufdentisch, translates as ‘everything on the table’. It’s a collection of interviews with various experts and public figures about the Covid-19 pandemic and the government’s response to it.

YouTube banned two of them for allegedly containing medical misinformation, but a regional court in Cologne issued an injunction days later, saying the move was unjustified.

While absent from YouTube, RT DE seems to be growing in popularity on other social media sites. According to an analysis by traffic monitor CrowdTangle, its Facebook page surpassed in September some of Germany’s most popular outlets, like the tabloid Bild, in terms of user engagement.