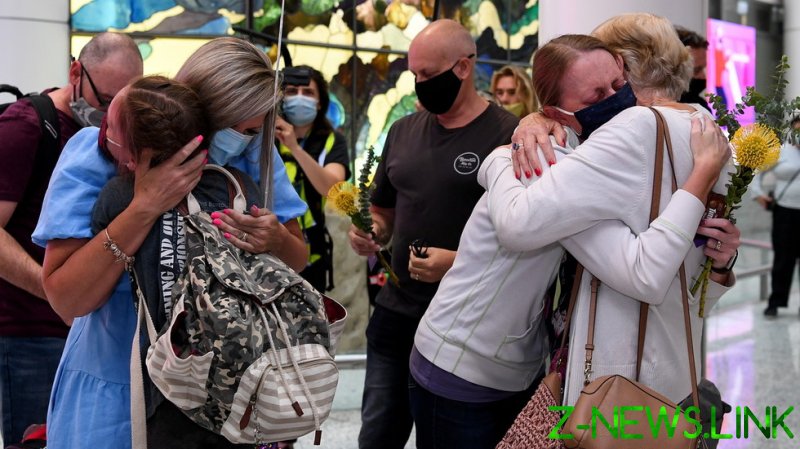 Starting from November 1, fully vaccinated Australian citizens have been greenlighted to travel abroad freely without a special permit or the need to quarantine on arrival. The move comes as much of Australia switches from the so-called Covid-zero pandemic-management strategy to living with the virus amid a large-scale vaccination drive. Over 77% of those 16 and older in the country of 25.9 million have received both shots of the jab so far, the health ministry said.

The Australian government had come up with one of the toughest responses to the pandemic, shutting down its international borders 18 months ago. Both citizens and foreign travelers have been barred from entering or exiting the country without an exemption. The move separated families and friends, leaving many Australians unable to attend important events, weddings or funerals.

Early on Monday, the flights from Singapore and Los Angeles were first to land in Sydney. Arriving passengers told the media that their journey was “a little bit scary and exciting” and described the final feeling of being able to return home after all this time as “surreal.”

People hugged and cried tears of joy as they reunited with their loved ones after the long break. Some said they’ve been apart for up to three years and expanded on the mental suffering of not being able to see their families due to the curbs.

Some 1,500 passengers were expected to fly into Sydney and Melbourne during the first day of eased restrictions, the airline industry group BARA has said. 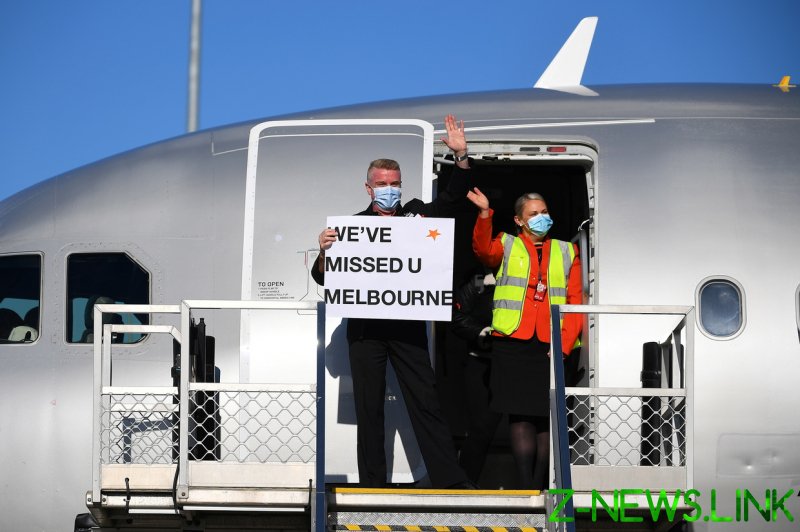 Flight crew wave to the media holding a sign in the doorwell of Jetstar flight JQ505 which arrived from Sydney at Tullamarine Airport in Melbourne. © Reuters / James Ross

Despite international borders being unlocked for Australians in Victoria and New South Wales (NSW) states and the Australian Capital Territory, the country still remains closed to foreign tourists, except those from neighboring New Zealand.

The next group to be allowed entry to Australia are the citizens of Singapore, who’ll be able to make the trip from November 21.

“We still have a long way to go in terms of the recovery of our sector, but allowing fully vaccinated Australians to travel without quarantine will provide the template for bringing back students, business travellers, and tourists from all over the world,” Sydney Airport CEO Geoff Culbert told Reuters.

But while Australia is reopening to the world after almost 600 days, limitations on travel remain inside the country. The residents of Western Australia are still largely cut off from the rest of the nation as the state is vigorously trying to protect its virus-free status. Travelers from “extreme risk” jurisdictions – like Victoria and NSW, which went through months of lockdowns – require an exemption to enter Western Australia.