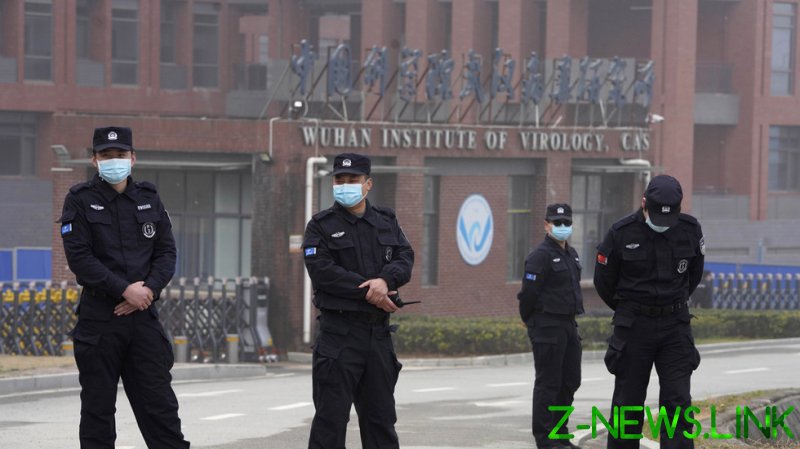 Columbia University professor Jeffrey Sachs told the Wall Street Journal on Saturday that, after a year of work, he has disbanded the team, due to its former leader having used US government funds to study coronaviruses at the Wuhan Institute of Virology, in China – the facility from which many believe the virus originally leaked.

“I just didn’t want a task force that was so clearly involved with one of the main issues of this whole search for the origins, which was EcoHealth Alliance,” he said, referring to the private research firm that received $600,000 in grants from the US National Institutes of Health to study bat-borne coronavirus at the lab between 2015 and 2019.

Sachs said the task force had been disbanded in mid-September and would publish its findings in mid-2022. The scientists involved would conduct an investigation into broader issues of laboratory security and oversight in the interim, he added.

The team, which had been affiliated with The Lancet medical journal, was established in 2020, and initially led by EcoHealth Alliance president Peter Daszak.

Daszak, who had declared that he had “no competing interests,” published a statement in The Lancet last February denouncing the theory that Covid-19 had escaped from the Wuhan lab as “rumours and misinformation.” He and his colleagues condemned what they described as “conspiracy theories suggesting that Covid-19 does not have a natural origin.”

“Conspiracy theories do nothing but create fear, rumours, and prejudice that jeopardise our global collaboration in the fight against this virus,” the statement said.

Daszak was not the only one among the statement’s signatories who apparently covered up his conflict of interest. A quarter of the 27 scientists who put their name to it were affiliated with EcoHealth Alliance as board members, advisers, or employees. Though Daszak later admitted his own conflict of interest, and an addendum was tacked on to the statement online this June, the other scientists did not.

No smoking-gun evidence exists proving the virus did escape from the Chinese laboratory. However, research papers do reveal that scientists in Wuhan were conducting a so-called ‘gain-of-function’ study on coronaviruses, which involved modifying and increasing the transmissibility of animal viruses so as to better understand their effect on humans.

Daszak eventually recused himself from the task force in June, and, with the EcoHealth Alliance president out of the way and the team under the stewardship of Sachs, its position on the lab-leak theory changed from it being a “conspiracy theory” to a possibility. In a letter published in The Lancet shortly before the team’s disbandment this month, the scientists wrote that they needed “to evaluate all hypotheses on a rational basis, and to weigh their likelihood based on facts and evidence.”

The signatories opined that prematurely blaming the virus on the Wuhan lab would have made the Chinese government less likely to cooperate with their investigation. China has been accused of stonewalling efforts by the World Health Organization (WHO) to uncover the cause of Covid-19 and refusing to hand over data on the first cases it identified in late 2019.

A fact-finding trip to Wuhan by the WHO in early 2021 left the issue of the virus’ origin unresolved, but, afterwards, Daszak, who took part in the trip, still described the lab-leak theory as “extremely unlikely,” even after noting efforts by the Chinese to conceal data from his team.