Home / WORLD / ‘Teaching kids about race & gender? You’re stealing their innocence’: The American mom sued for asking a school why it teaches CRT

‘Teaching kids about race & gender? You’re stealing their innocence’: The American mom sued for asking a school why it teaches CRT 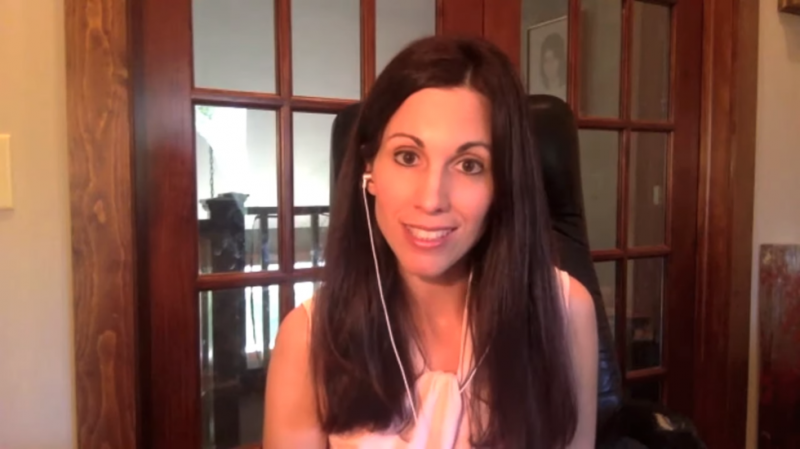 Four months ago, Rhode Island mom Nicole Solas, 38, asked the principal of her child’s kindergarten whether the kids would be learning about critical race theory (CRT). Not all parents in the US are happy about its being taught, with some being concerned it focuses on skin colour rather than individual merit, and thereby creates the very institutional racism its teaching is supposed to eradicate.

Solas’ concerns, however, went deeper. She also asked the principal whether the children were going to learn about gender theory.

“And it turns out they would be,” she told RT. “They said they don’t call kids ‘boys’ and ‘girls’, and they don’t use gendered terminology. [As for] the First Thanksgiving, they ask kids what could have been done differently.”

When Solas pressed for more detail, she was told to submit public records requests. She believed it was all just part of the bureaucratic process, but things changed when she filed her paperwork.

“My school then threatened to sue me, as they thought I’d submitted too many requests. They bullied and harassed me in a public meeting. They treated me like I was having a show trial and ultimately decided not to sue me,” she explained. “But then a month or so later, the National Education Association, which is the largest teachers’ union in America, did sue me. They’re suing me to prevent the disclosure of public information that would come out of my public records requests, as they’re claiming teachers are going to be harassed if we know they are teaching CRT.”

A court hearing has been scheduled for December. However, for Solas, that was only the start, as she felt allegations had been made about her character on American TV. As a result, she moved her daughter to a private Catholic school. She said, “I made a decision to remove her from public school the moment my school hired a PR firm to defame me in the national media and imply that I’m racist on Fox News.”

‘They want to intimidate us into silence’

A tag that has since been attributed to Solas, along with other parents who’ve complained about the teaching of CRT and gender theory, is that of “domestic terrorist.” This stemmed from a letter that was sent to President Joe Biden by the National School Boards Association, stating that “acts of malice, violence, and threats against public school officials have increased, [and] the classification of these heinous actions could be the equivalent to a form of domestic terrorism and hate crime”. The association asked Biden to mobilize the Department of Justice (DOJ), FBI, and Homeland Security to protect students and educators. The response from Attorney General (AG) Merrick Garland directed the FBI and state attorneys to discuss strategies to deal with the issue.

A stunned Solas can’t believe her desire to ask questions about her daughter’s schooling has helped instigate this backlash. “They’re saying all these evil parents are so dangerous because we’re now going to school board meetings and really advocating for our kids and demanding transparency. All of this exercising our free speech is so scary that we’re now ‘domestic terrorists’! I proudly labeled myself – sarcastically – a ‘domestic’ terrorist on my Twitter. Look at me – I’m so scary! All five feet of me!”

Solas and the other “domestic terrorists” believe the government’s action is about sending a message and not addressing their concerns. She explained: “They now want to intimidate us into silence by putting out this memo nationally saying we might be federally investigated if we advocate too hard for our kids. The AG is trying to frame this in terms of threats of violence and violent acts against school personnel. He lied – he said that there’s been a rise in criminal conduct, and there’s no evidence of that. Parents are not going to school board meetings and starting fights – that’s absurd. And if we were, wouldn’t you see that all over CNN? How fast would the liberal media jump on that?”

Further venting her fury, she added, “He’s a lying propagandist. He should resign, as this is an egregious abuse of power. He’s attacking parents, but we are the pillars of society! We are raising our children to be the next Americans, and now the DOJ views us as an enemy.”

There are currently a number of spats across America between parents and schools over what is being taught. The teaching of CRT is the highest-profile among them, but even when it comes to other issues, unhappy parents generally feel there is a lack of transparency.

Solas said, “They refused to answer my questions – they gave me non-answers. When I asked, ‘Why don’t you call them boys and girls?’, they said. ‘That’s just a common practice,’ and I said, ‘What’s a common practice?’ They’ll give you the runaround, and you’re either going to be someone who says, ‘I don’t want to deal with this,’ or you’re going to say, ‘I really need an answer to my question.’”

‘They’re imposing their quasi-religious beliefs on our children’

Solas says the teachers she has encountered are not innocent bystanders stuck between a rock and a hard place. In her view, they’re the ones helping drive a wedge.

“A lot of teachers are true believers. They believe they’re the self-appointed race-and-gender saviors of your kids. They [know the] truth about gender and identity that you don’t know and that your children must be taught. Their ideas about CRT and anti-racism they view as morally superior. It’s very much a religious movement – but we have a history [in the US] where you’re not supposed to impose your religion on other people. But, here, they’re imposing their quasi-religious beliefs on our children and they’re trying to do it without parents knowing,” she said.

For Solas, a further two issues arise about what is being taught: aren’t some kids just too young to understand complex topics, and how will the teaching of CRT and gender theory alter society in the future?

“When you teach someone who is five years old about race and gender, which they really, truly don’t see, you’re stealing their innocence. Kids really don’t see the colour of each other’s skin – and they shouldn’t. They should just be playing with each other as friends because they’re having fun. They shouldn’t be forced to look at each other’s ‘immutable characteristics’ and decide who has more power and privilege!” she said.

According to Solas, even her fellow Rhode Islanders who don’t have school-age children worry about the future of their state.

“I know a lot of people who don’t have kids in public school right now that are taxpayers and business owners, and they say, ‘Who are the people I’m going to be hiring in 10 to 20 years, and what will their values be? If they’re completely different from my values, are they employees that are hireable?’”

The debate as to what children should be taught is a tinderbox, but Solas will not back down. She plans to keep resisting what she sees as an attempt to change the culture of America.

“I’m hoping we aren’t going to abandon the values that we treasure the most. There is a lot of money behind this diversity, equity, inclusion, anti-racism, CRT machine so we’re up against a lot of powerful people.”

For a country of such overt national pride, the key to this divide comes down to notions of freedom. Both sides feel they have a right to press forward, but it has them each questioning what it means to be American.

“Even though I believe America is special, because we’re founded on freedom, [ours] can still turn into an oppressive government, and we need to make sure that we snap into action all of the checks and balances that are supposed to prevent that from happening,” said Solas.

“I don’t think I can go back, because, once you have an experience of your government targeting you in a way that is so insane, you really just can’t go back to a life where you’re not going to be involved in how your government operates anymore. I never want to be in a position where they hold me under their thumb like that again. Now I’ve been called a domestic terrorist, I don’t have anything left to lose.”