Home / WORLD / ‘Teach your children’: Nurmagomedov in plea to ‘change society’ as UFC champ mourns killing of former head of village in Dagestan

‘Teach your children’: Nurmagomedov in plea to ‘change society’ as UFC champ mourns killing of former head of village in Dagestan 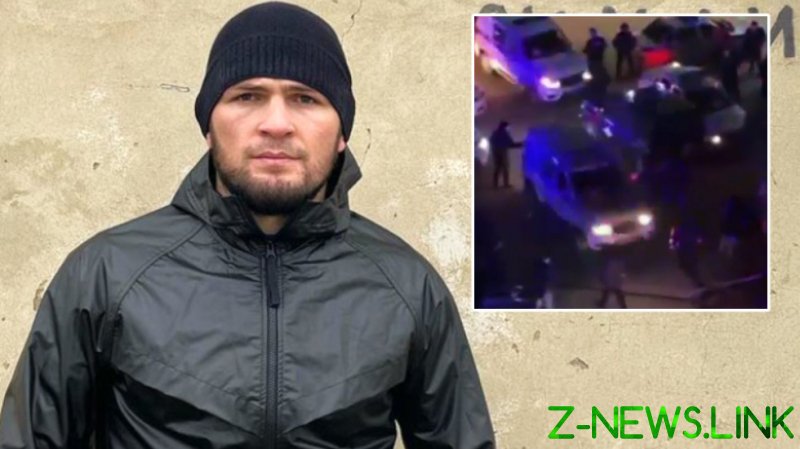 Government officials confirmed that Abakar Kaplanov, the former head of the village of Novokuli, was killed over a reported land dispute as part of an initial incident that led to hundreds of people taking to the streets, shown in footage shared by the Ministry of Internal Affairs of Dagestan on Saturday.

Reports said that 36 shots were fired at Kaplanov, and the ministry announced that more than 130 police officers had been deployed to “ensure public order and prevent the escalation of the conflict”.

“Many people write to me to comment on the latest events in Dagestan,” Nurmagomedov added to his following of more than 27 million on Instagram.

“Everything related to murder, garbage and other similar events that occur in our republic almost every day.

“Raise your children, teach them, show them the right example so that they grow up healthy, smart and worthy. Maybe they will change the situation in which we live.

“Only educated and well-mannered people who have the right values ​​can change society.”

Russian bantamweight Timur Valiev admitted that news of Kaplanov’s death had severely disrupted his preparations for his UFC win over Martin Day on Saturday.

“We have a great grief,” he said, accompanying a photo of himself with Kaplanov. “We have lost a worthy son of our people.

“It was very difficult to get ready for the fight because in the morning he wrote to me and wished me victory. He was going to meet me at the airport.

“And after a couple of hours I was informed that he was gone. I ask everyone to make dua [worship] for our brother, Abakar. We will miss you.”

UFC lightweight Islam Makhachev, who trains with Nurmagomedov, also paid tribute to Kaplanov with a photo and message.

“Everyone knew and will remember you as a real man,” he said. “It is a pity that in our city there are fewer real highlanders and men every day.”