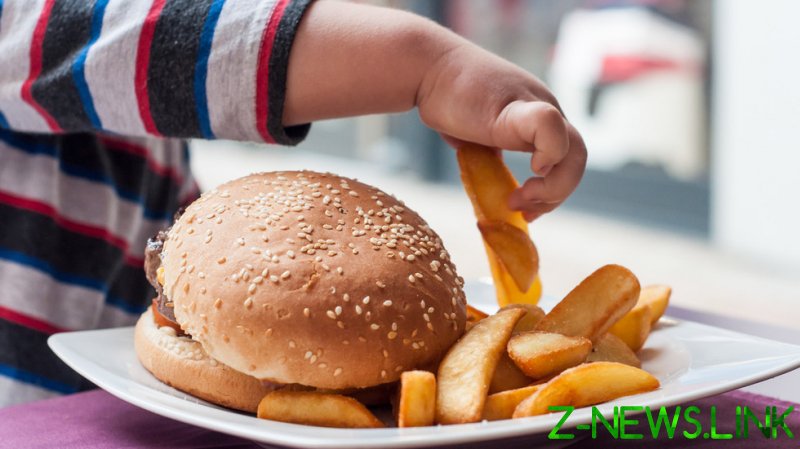 The Institute for Public Policy Research (IPPR) is a left-leaning think tank that has a track record of supporting state intervention in our lives. Moreover, the IPPR’s new report, The Whole Society Approach: Making A Giant Leap On Childhood Health, has been bankrolled by three charities – Cancer Research UK, Diabetes UK and the British Heart Foundation – that have also been keen supporters of the government micromanaging our lives and suppressing our ‘bad habits.’

There’s a formula to such reports. First, overstate the problem. Second, exaggerate the benefits of solving the problem. Third, claim that the proposed solution is much more effective than it really is, while ignoring the potential downsides.

Despite the best efforts of the authors, it is hard to get away from the fact that childhood obesity has not become the ‘time bomb’ many claimed it would be in the past. In fact, childhood obesity levels have long since levelled off. Still, it is claimed that this is at “an alarmingly high level.”

The authors claim: “While fewer than two per cent of children had obesity in the mid-1980s… the most recent evidence shows that one in 10 children now have obesity by the time they begin primary school. For children entering secondary school, 22 per cent of boys and 18 per cent of girls have obesity.” This is entirely an artefact of the bizarre way that the UK measures childhood obesity.

Essentially, a child whose body mass index (BMI) would have put them in the top five percent of children in 1990 is regarded as ‘obese.’ Yet, using research by Tim Cole and colleagues, as the International Obesity Federation does, suggests a sensible cut-off point for ‘obesity’ would be for the top two percent, not the top five percent. Why did the UK go for that five percent cut-off? Because it decided to simply copy America. But this makes no sense – America’s kids have long been fatter than British kids, hence more of them were in the ‘obese’ category. The result is to inflate the UK’s obesity figures and give a misleading sense of the problem.

One odd effect shows how much this overstates obesity. When moving from the childhood definition of obesity to the adult definition, the same group of young people suddenly has a marked drop in obesity rates. As Christopher Snowdon has pointed out: “Since 2001, every year (except one) shows rates of obesity for 11 to 15 year olds at between 18 and 25 per cent while the rates for 16-24 year olds are between 10 and 13 per cent. The current batch of 16-24 year olds have an obesity rate of 11 per cent, but when they were in school a few years ago they had an obesity rate of around 20 per cent.” In short, childhood obesity is being overstated.

Second, the costs to society seem wildly exaggerated by the report. “New IPPR modelling estimates that obesity – among the current cohort of children, over the course of their lifetime – could cost the NHS £74 billion and wider society £405 billion, through lost productivity and reduced workforce participation.” Those sound like big, scary numbers and it is not exactly clear how they were arrived at.

But we do know that when someone doesn’t earn as much money as they might otherwise, that is not a cost to society – it is ultimately a cost to the individual. Moreover, this modelled group of children has an age range of 14 years – that’s a lot of people, so no wonder that their healthcare costs are so big over their whole lives. And it misses another point: healthy people live longer and, on average, end up costing the government more than unhealthy people, because they claim pensions, social care, free transport and more for longer, while their healthcare costs are just postponed, not reduced.

The authors claim that halving childhood obesity could save society £200 billion in the long term, of which just over £37 billion would be in healthcare savings. Even that seems a stretch but, to put that into perspective, the NHS budget for England alone for 2020/21 will be £129.9 billion – that is, for one year.

But the real stinker is the proposed solution: a tax on ‘non-essential’ foods. The authors point to Hungary and Mexico as examples of countries that have reduced consumption of the ‘wrong’ foods by imposing taxes. But how do we figure out what is a ‘non-essential’ food? One way might be to tax foods high in fat, sugar and salt (HFSS). Yet it’s not clear that these foods are ‘non-essential’ – they include things like cheese, olive oil and honey, which most people would argue are good things to eat.

It also fails to take account of the way people change their behaviour to avoid taxes, from buying cheaper alternatives to buying in bulk. Even if people did change their eating habits, how many actual calories would they avoid? Would they simply consume more food that isn’t taxed? Overall, such a tax would make very little difference to people’s waistlines.

What it would do, as illustrated by the sugary drinks tax already introduced, is reduce our ability to eat what we want. The sugary drinks tax forced most manufacturers to ‘reformulate’ their drinks. So we don’t have a choice for most drinks between ‘diet’ and ‘full-sugar’, just variations on how much artificial sweetener we get. Those who preferred the original version have complained loudly that the choice has been taken away from everyone, regardless of whether they are obese or not.

IPPR is suggesting that anyone who wants to consume a brand of food deemed ‘non-essential’ should either pay more or do without. This won’t make any difference to people with plenty of money. This will hurt poorer people. An organisation that describes itself as “the UK’s leading progressive think tank” is demanding a regressive tax that hits poor people hardest! What a brilliant achievement! Let’s hope this report is ignored.