Home / WORLD / Tax-avoiding, property buying elites cause the housing shortages that lie behind all our ailments, from inequality to ill health

Tax-avoiding, property buying elites cause the housing shortages that lie behind all our ailments, from inequality to ill health 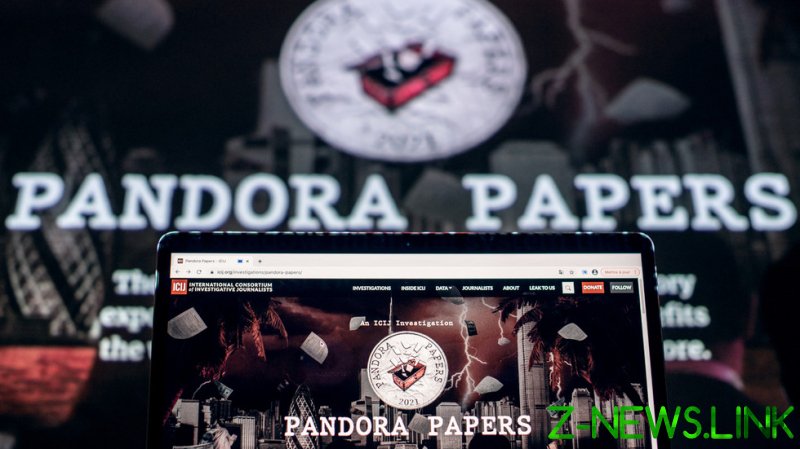 This week we have discovered yet more evidence of the wealthy getting wealthier by avoiding paying their fair share of tax by using offshore companies registered in various tax havens across the globe.

Thanks to the efforts of dozens of journalists and campaigners in bringing us the Pandora Papers, a leak of almost 12 million documents that reveal hidden riches, tax avoidance and, in some cases, money laundering by some of the world’s most rich and powerful – and greedy – people.

What we have also discovered from that mass of evidence is that property is at the epicentre of this power and eye-watering, obscene financial accumulation that fuels inequality and poverty.

The wife of British retail magnate Sir Philip Green went on a buying spree of London properties even as their High Street empire teetered on the verge of collapse, and thousands of workers lost their jobs.

The Qatari royal family purchased two of London’s most expensive homes through offshore companies, saving millions of pounds in tax, adding to their large portfolio of London property. This includes a large piece of land on the Southbank by Tower Bridge, where you can take a lovely stroll down the side of the Thames towards London’s City Hall, where the Mayor of London works. But only if the Qatari ruling family give their consent – I was once prevented from going within 10 metres of the Shard building because their consent had been removed from anyone protesting around that building.

The papers also named former British Labour Prime Minister Tony Blair. He and his wife acquired a £6 million mansion in London, when they bought an offshore company in the British Virgin Islands controlled by the family of Bahrain’s current minister for industry, commerce and tourism. By acquiring the holding company, and not the property directly itself, the Blairs weren’t required to pay stamp duty.

More’s the pity, there is nothing illegal about this transaction, or most of the others. It is, though, morally and socially bankrupt behaviour, particularly for a former Labour leader who apparently believes in social justice. These practices are also a sign of a sick society, ones that hurt everyone, unless, of course, you can afford to opt out of the normal rules – which is what these elites do.

Governments and politicians all over the world have welcomed and encouraged the rich to seize wealth and power through buying up more and more property.

French anarchist Pierre-Joseph Proudhon in his 1840 book What is Property? (French: La propriété, c’est le vol!) declared that “Property is theft!” and posed the question of what is the government’s role in the process of taking land, property, and consequently a home from the people.

The Pandora papers clearly show us what government’s role is in the concept, because we have evidence that politicians, current and past and of all political persuasions, have taken full advantage of bagging themselves property portfolios worth millions if not billions, while evading tax systems that are set up to pay for healthy, functioning societies. Taxes that are used to build and maintain hospitals, schools and build homes for people who don’t know the first thing about how to set up or buy an offshore company. The immoral behaviour of people like Blair, and the acquisition of property in general, lies behind almost all of our ailments.

It pushes up the rents of those who can’t afford to buy, forces poorer people out of neighbourhoods their families have lived in for generations, and makes them sicker and more impoverished.

In 2016, a series of reports were published by Sheffield University that showed that politicians have come to act as ‘ushers and butlers’ to these wealthy landgrabbers, and are often to be found in fawning service of foreign high-net-worth individuals. Boris Johnson, while he was mayor of London, was a notable cheerleader for the super-rich.

Housing has always been a class issue – having somewhere safe to live is right at the base of Maslow’s Triangle. We need shelter because without it, we can have nothing else. It is that basic and yet here we are in 2021 and the simple right to an affordable safe place to live in societies that are meant to be developed, enlightened and democratic is still no right at all. Homelessness, unsafe and poor housing, slum landlords, and people getting rich off other people’s miserable living conditions are all normal and everyday practices.

The compliance of the ruling political class towards the super-rich has a direct impact on the rest of society. Both the middle and working classes are affected by rising property prices, the inability to get onto the housing ladder, and the absolute failure of any social housing programme to ensure that everyone has a home.

The tax-avoidance behaviour of the super rich at the top, and the complaint politicians opening doors on bended knee to accommodate them, affect the amount of money the government collects for the public purse, how well public services are run, and, indeed, what happens when there are economic downturns.

Governments prefer closing a hospital or a school rather than passing laws that insist a member of the global rich adheres to the tax laws of the country and pay what’s right and proper.

Until they do, the rich will carry on buying up vast swathes of our cities, and gentrification – the ‘nice’ term given to social cleansing, the removal of the working class people from areas of high value – will continue.

And millions of people will continue to languish on social housing waiting lists with no hope of ever getting an affordable home. The poor health of children living in properties not suitable for them will increase further. More green spaces will be concreted over.

All of these social problems and more can be laid at the gold inlaid, highly securitised doors of the global collectors of property and their political pals. If we are to make our societies safer, fairer and more democratic, let Proudhon’s words ring out – ‘Property is Theft’ – and the thieves need to end up in jail.