Home / sports / Tarasova: “Rodnina – a fool, Tutberidze I once on the job not taken” 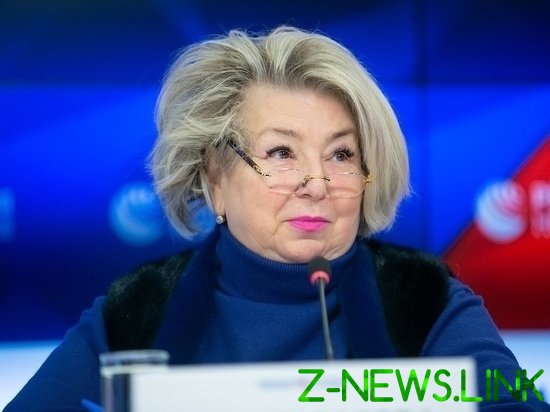 Famous figure skating coach Tatiana Tarasova gave an interview in which spoke frankly about Eteri Tutberidze, his conflict with Irina Rodnina, the dismissal of Yuri Semin’s Lokomotiv. “MK-Sport” publishes the most striking quotes.

About the conflict with Rodnina

“That’s her now it seems that she herself trained. Well, she lives it. I don’t mind. I don’t care. Initially she came to me for two years. If I were incompetent, it would have changed me. But Rodnina did not go anywhere and stayed with me for six long years. And it was a very difficult years. She had her baby, out on the ice after childbirth — the first and only. This has never happened! I had a good program, and we worked a lot of new items that wasn’t done back then. And she always looked the best.”

“Rodnina said “tarasovoy have something with brains flew”? The main thing that flew at her. Because she writes about the eighties, and I’m talking about 2001. When Lena Cherkasy went to Australia with the prizewinner of the championship of the United States, and I’m with Alyosha by Yagudin, and it was the first competition in the Olympic season on the eve of salt lake city. So she was a fool over! I Irina Konstantinovna mind.”

“I wasn’t with her, she used to come to me! Much later, when this story emerged, told her: “I don’t remember.” And she said: “You worked with Klimova and Ponomarenko, and generally weren’t seen. It showed.” I’m really no one and nothing was seen, was only a point. And who was there came and went not noticed.

About the uniqueness of the work Tutberidze

“She’s the only one. She learned a lot, she has a good conditions — however, on the last day. When the second rink will be built, will be even better. She is very strong and it correctly selected the coaching team, great selection. She works many hours, not leaving the ice. I understand that, because she worked twelve hours. She is on the ice holds life. Her life is there. She has a goal — to be the best of the best, to always win. And when the profession is your life — you can’t go wrong…

It has long been clear that it is not like anyone. Remember Tutberidze with the first disciples, they differed from the others in that lot and very consistently jumped. She had such a great “twist”…

It is not true that she “incubator”. The first place — it is one. Her only claim on him ten people. And none of these fates are not broken. They trained and received from her the best I could get. Just one human body can withstand it, and another doesn’t. The third began to recover, the fourth — bulimia. Not everything depends on her. Parents also should consider this.

The very identity of the athlete is not just fell from the sky. You work all the same, but the manifestation of the strongest, the best depends on how much you talent and perseverance. She found the gold key that opens them”.

About the conflict with the team Tutberidze in social networks

“I realized that they misread my point. Yes, I do little three programs (Tarasova said that she was sorry that in the career of Alina Sagitova there were only three programs, trainers of school Tutberidze criticized the statement approx. ed.). Because of her athletic life and life of other great athletes, I want to see for a long time. Is it bad? On the contrary, it interests me”.

“Amazed at how fast we had some free heads of these coaches! Take such a case. We have a hockey team after many years of silence won the Olympic games. What did you do with the head coach Oleg Znarka? Removed. And who they changed Semin? The Serb Marko Nikolic? Is that money to write off! How can a country not have a coach? They would have the canadian hockey team invited to train. If you write a petition in support of the Semina — I’ll sign!” – said Tatiana Tarasova in an interview with “SE”.