Home / WORLD / Tara Reade: Women like me should not have to gather in armies to be heard

Tara Reade: Women like me should not have to gather in armies to be heard 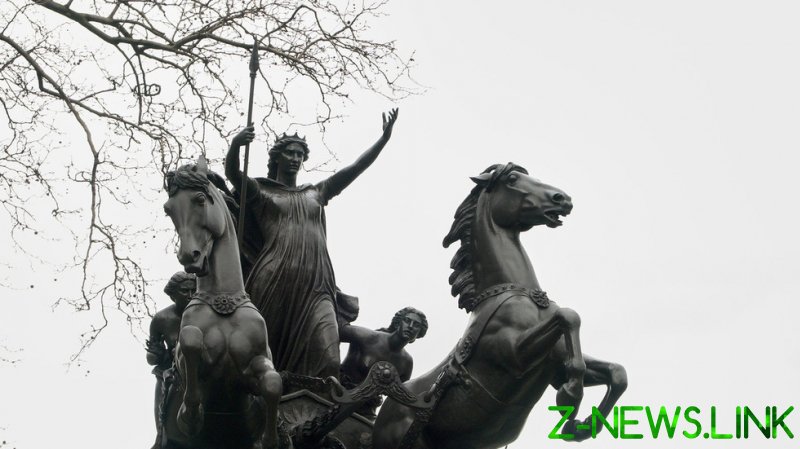 In approximately 60 AD a warrior Celtic Queen of the Iceni and her daughters were raped by Roman soldiers and flogged publicly. According to Tacitus, Queen Boudicca said, “Nothing is safe from Roman pride and arrogance. They will deface the sacred and will rape our virgins.”

Now, Boudicca let the Roman empire know her rage at the killing of her husband, rape of her daughters and slaughter of the peaceful Druids. She led armies in rebellion for a couple of years. History is written by the victors and the Romans painted a harsh picture of Boudicca. Personally, I like her spirit and relate to fighting back against an Empire.

The New York Times and Washington Post among other media outlets provided my public flogging for daring to speak out; my truth about the beloved Democrat, the elite Joe Biden, was quickly dismissed.

Sometimes, I feel as if I am being held underwater, far from the surface of being able to be heard. Sometimes, in my darkest moment, for inspiration I whisper “Boudicca.”

An esteemed reporter once said to me, “Tara, we need numerosity to bring the allegations of Joe Biden forward in our piece.”

“How many murders make a murderer?” I shot back.

“How many rapes make a rapist?”

The reporter was silent. American rape culture functions on such assumptions.

I had heard this before. While there were seven other women discussing Joe Biden’s inappropriate touching, I was the only credible sexual assault allegation, at least in public.

Many times, by many well-known people, I was asked. “Are there any more names you can give us?”

I do know of more women that have complaints of varying severity about Joe Biden that may or may not ever come forward. However, their stories are not my story and I have no right to discuss their experiences. There is a photo, I have it, some journalists have it, that has not been released that shows Joe Biden in action with someone who does not want to receive his attention. When will it come out? Time will tell.

A prominent news anchor told me a very specific story about his wife receiving an unwanted hug that lingered too long and was “creepy.” The anchor said his wife did not want to discuss it but also added, “Tara, everyone knows this about Joe Biden, it’s an open secret.”

Speaking of open secrets, this brings us to the New York governor Andrew Cuomo. Now, several former staffers have come forward about his treatment of them and trying to get sexual favors. After Cuomo hid statistics in New York about 15,000 people that died due to his mismanagement, the MeToo stories were allowed to finally come forward. A clear message from the Democratic leadership that he would be thrown under every bus until he resigned or is impeached. There will be no 2024 for Andrew Cuomo.

Back to the allegations against him – let’s talk about sex and the workplace. It is just not that complicated. If there is a mutual attraction and natural biology takes over between two consenting adults then there is no scandal, no problem and no crime.

However, if there is a coercion it is a different matter.

As with the women working for Cuomo, I was not seeking a romantic or sexual entanglement with my former boss. If Joe Biden had asked me and not forced me, I simply would have said no thank you and moved on. I would not be discussing this. However, he did not ask, he forced me then proceeded to cover it up and destroy my career a couple times over. That is at least worth a good pout.

In these cases, it is not even really about sex, it is about power and the dopamine rush some powerful men get from domination.

One of the ways there was an attempted silencing of my story was to discuss the old rape myth of what I was wearing when Biden had his hand under my skirt. I do not know why this mattered or still does. I could have been wearing a tracksuit and I think the result would have been the same. The discussion and slut-shaming is another tactic to humiliate women. Even today, my private life (boring though it is) was discussed by none other than the New York Times, asking me if I had an online Russian boyfriend. I do not have any husband or partner, online or otherwise, but even if I did what possible bearing could that have on the events of 1993?

Over the last couple of weeks, more women came forward with unhappy experiences with Cuomo, cementing the push for his resignation or impeachment. However, the quagmire for the Democratic leadership is – if they go after Cuomo then what about Biden? This explains the renewed online attacks on me lately; Bill Maher decided to take aim at me again on an appearance this weekend.

This is not the first time Bill Maher went off about me. He seemed to be furious that I wrote positive things about Vladimir Putin and he ranted about it for most of the three minutes in a monologue.

It drives these elites crazy that I support our Russian friends and push back on the Russophobia. I keep saying Russia is not the enemy, the greedy American oligarchs are the problem. These views give them a special reason to hate me. I am labeled a traitor and suspect. Again, no relevance to what happened in 1993, but a good, solid distraction from Joe Biden’s sexual misconduct.

Now, because of the last year or so, I am used to my private parts, my private life and most of my life in general being discussed, raked-through in the crudest ways. It is still despicable to see in print and says more about the celebrities using their platform to harm than it does about me.

Lindsey Boylan was an outspoken supporter of mine for that last year and, months ago, I watched her struggle with the idea of coming forward.

I felt protective of her and Charlotte [Bennett] and have not wanted them to encounter the same treatment I did. I understood their predicament all too well. When I worked on the Hill, it was a den of iniquity then. One prominent East Coast Senator would brag about his “waitress sandwich” during his lunch hours with another well-known Senator. Consensual sex is fine and natural but the depravity of Democrats behind closed doors preying on young women that I saw would make Caligula blush. Before I spill more of the tea, let me say the Republicans were just as bad. These are not new but just more “open secrets” of a repressed Puritanical society that has not worked out a healthy approach to a very basic biological function.

Most survivors, including me, will say that sex and flirtation is wonderful when it is mutual and not coerced. However, if saying no to sex means loss of employment, loss of career, and loss of status that is where it becomes harassment and, if forced, it is assault.

For Cuomo, who lamented being lonely to justify sexually harassing female staff, the future is looking bleaker. Currently, true to form, the Democratic Women leadership has been silent about Cuomo, as have many of the women’s groups. Someone lamented that MeToo was dead and, of course, blamed me.

One reporter from The Week fired back his own views.

The past year of media hits on me started with the New York Times. My lawyer presented a demand letter to the NYT for a correction of the record. I am not litigious by nature. However, NYT printing my social security number was a bit much and led to many complications.

My hope is that other survivors will see my pushing back and take heart. We can fight, too, and not lay down to a fate laid out by the empire that oppresses us.

So, America, Joe Biden and the Democratic party, if you are listening, Boudicca is back.