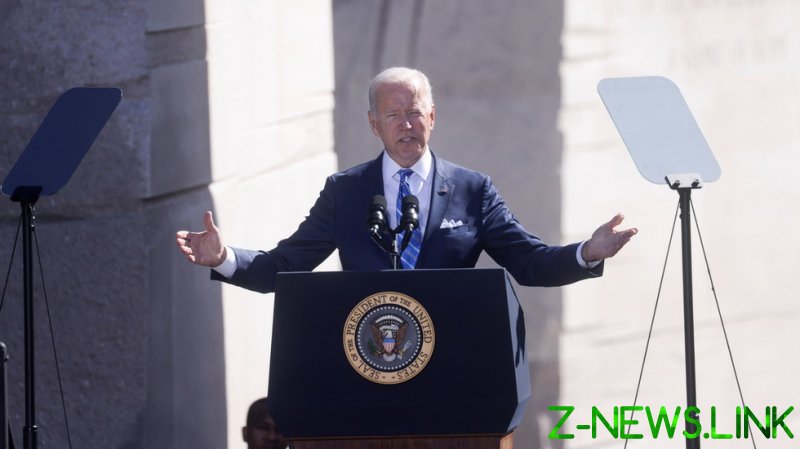 The Roman Empire had its own megalomaniacs and the United States is no different. Congress and the White House are trying to hold on to every ounce of profit and power squeezed from its citizens’ labors in a manner not dissimilar to Caesar. As such, I have no interest in defending oligarchs, Republicans, Donald Trump, or Democrats, and they certainly do not require it. However, the Department of Justice working on behalf of Joe Biden, like a litigious Praetorian Guard, to go after certain individuals is a political hypocrisy deserving of criticism.

Judicial Watch, joined by other media groups, is suing the University of Delaware to open up Joe Biden’s Senate files to the public. In those files may be the written sexual harassment complaint I filed with the Senate and notes regarding the events in 1993. Biden donated his voluminous collection of almost 2,000 files spanning the last three decades for safekeeping to his alma mater in 2012. The case for opening the files is now awaiting a decision from the Delaware State Supreme Court.

The University of Delaware replied to the inquiries for release by media, lawyers and me personally that the Freedom of Information Act does not apply. Joe Biden’s office stated that to open the sealed files would not be in the public interest. I was sent curt replies via email by the university that they would not search or provide my inquiry for the document. If it is there, it is buried under literally thousands of documents pertaining to Joe Biden’s political legacy.

Unsurprisingly, the Biden administration takes a very different view of Donald Trump’s ‘privacy’. Emails, visitor logs, and communications from his time as president apparently should not be under executive privilege and should be released in the public interest. How can it be that Senate files from decades ago, presumably with little information that could be considered ‘sensitive to national security’ cannot be released, but detailed goings on from earlier this year can be paraded before the public by grandstanding Democrats for political gain? The double standard would be shocking if it weren’t so eye-rollingly predictable.

Another distraction the press, heeling to their corporate overlords, are gleefully reporting is the search of a house they thought belonged to Russian businessman Oleg Deripaska in Washington, DC, that actually belonged to a member of his family. They report he is ‘close’ to Vladimir Putin, but this is just a well-trodden meandering path to resurrect the ‘Russia meddled with our elections in 2016’ trope because everything ill is the fault of malevolent Moscow. Right? I mean Rachel Maddow makes millions driving this tedious narrative home with shrill warnings piped into American living rooms every weeknight.

Deripaska’s delightfully sarcastic response to the FBI raid was so amusing I laughed out loud as it reminded me of something my equally sardonic great-grandmother would have said: “‘What mind-blowing sums of Putin’s money did you find yesterday in those abandoned houses? Did you grab and enjoy the jam that went off in the pantry, or the vodka, like the Bolshevik dogs used to do during their searches?’ I’m so sick of these f**king jokers.”

Can Hillary please just accept that the 2016 election is over and she lost, not because of the machinations of perfidious Putin, but because vast swathes of the nation found her so repellant on personal and political level they just decided the guy from The Apprentice was a better choice. Instead of the DOJ looking at the true political corruption permeating our government, the Feds are weaponized to raid homes on suspicion of being owned by a Russian? This useless exercise is nothing but media theater.

Rather than bothering the relatives of people not actually in a position of power in the US, where is the investigation into Joe Biden for what he did to me when I was a young staffer? Or what about the Burisma folly that was not in fact Russian ‘disinformation’ as we were told last October? Democrats claimed it was all made up, but physical evidence from Hunter Biden’s laptops left behind during his drug fueled sex-capades, revealed how dodgy the Biden’s dealings appear to be. But we don’t hear a peep about that lest it throw shade on the president’s folksy, ice cream-loving image. Meanwhile, the criminal proceedings against Trump associates march on, now including Steve Bannon.

In the 1990s, I worked as a political operative on several campaigns. The vernacular was that of battle. Campaign headquarters (blue or red) have ‘war rooms’. This win at all cost attitude revealed the darker side of the supposedly ‘caring’ left. Human rights violations are weaponized for one side or the other and in the end no one wins. Least of all the American people. I found the lengths that people went to in order to protect and raise their candidates beyond distasteful, it was frightening, and that was back in the comparatively gentle 1990s not the social media sh*tshow of 2021.

As the corrupt fools who fancy themselves all-powerful drive our country into ruin, let them investigate each other.  The political discourse continues to devolve for one reason. Deflection. Deflection from the collapse of America’s infrastructure, poverty, unemployment, no healthcare system, endless wars lining pockets of the defense contractors, American oligarchs hoarding 80% of American wealth for one tenth of 1% of the population. It is decline, greed fueled ignorance, bigotry and lack of vision. America stands precarious as these mad, senile politicians play games with all our collective futures. It’s sickening.