Home / WORLD / Tara Reade: In 2013, Andrew Cuomo stated that sexual harassment should not be tolerated. This statement has not aged well

Tara Reade: In 2013, Andrew Cuomo stated that sexual harassment should not be tolerated. This statement has not aged well 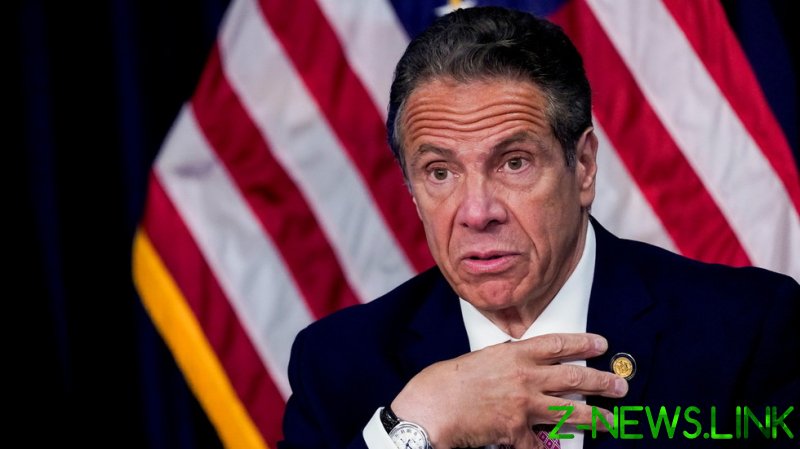 The Democratic party is rife with wolves in sheep’s clothing and the more they prowl the more power they seem to achieve. Boylan supported me before her story was known to the public.

The recent findings of the New York Attorney General’s office find that Cuomo sexually harassed at least 11 women are typical of the behavior of powerful men. Cuomo played into all the toxic male mythologies, defending himself by showing photos of him hugging women and other politicians (including Biden) hugging people as well. The montage, supposed to normalize his behavior, fell flat in the public’s eyes.

The White House went from allowing Cuomo a private meeting with Joe Biden at the onset of the revelations to the robotic press secretary distancing the White House from Cuomo by repeating talking points and waving her hands. It seems that Cuomo is about to find himself under a big, cold New York bus soon. Joe Biden shakily stated that Cuomo should resign but balked when a reporter asked about impeachment.

As everyone returned home to their hypocrisy dinners a storm started brewing from the findings and release of the New York AG’s documents. Steven Nelson of The New York Post finally asked the question that was previously taboo in the buttoned-up White House Press briefings: “What about the Tara Reade allegation?”

As I watched the clip of the briefing it looked like Jen Psaki couldn’t clench her jaw any tighter as the reporter spilled some very messy tea about Biden’s antics all over the press briefing room, including the bit about offending female secret service agents by swimming naked in front of them (I guarantee you there is a bit more to this story that will someday come out). I found it interesting that Psaki didn’t interrupt the reporter, which she has done in the past.

I expected Psaki to dismiss the question and protect Biden like the well-trained guard dog she is, but I did not quite expect her statement that my allegations against Joe Biden were “fully litigated.”

I blasted back online that there was never any investigation or legal action regarding Biden for my case or any of the other women. It is not fully litigated to trot onto the Morning Joe show with your friend’s wife and deny allegations or pay for public relations to discredit the accuser.

Then things got even spicier. It came out that Time’s Up had been colluding with Cuomo’s staff to smear Lindsay Boylan. Lindsay and her attorney said they were stunned by the depth of misconduct that took place to silence her. I empathize, as I found out from a news article that those Time’s Up staff I had poured my heart out to and at first had accepted my case, then rejected them claiming their nonprofit did not get involved with politics.

I was shocked to read in Ryan Grim’s expose about them that Anita Dunn (one of the Founder’s of Time’s Up) was already on the Joe Biden campaign payroll.

Ryan Grim did a lot of heavy lifting and investigative reporting that laid the groundwork to exposing the whispers about Time’s Up. The rumors grew that Time’s Up was actually not an enforcement arm of the #MeToo movement but rather a catch and kill operation for the powerful elite Democrats and their rich allies.

The snake pit of betrayal that both Cuomo survivors and I experienced is endemic of the institutionalized misogyny in the Democratic party which funds a protection program for predators with power. The same is true of Republicans, who do not even hide their contempt for the issue and only air it if it’s a Democrat accused and vice versa.

The fact the Department of Justice dropped the investigation into Cuomo’s nursing home policies and deliberate fudging of numbers to hide the thousands of deaths that resulted from them, despite the staff admitting to altering stats, just further proves the establishment looks after their own. During this time, Cuomo even got an Emmy. Only in America.

I suspect that the future will bring some more twists and turns as both Cuomo and Biden writhe away from any sexual misconduct investigations. However, now the future looks super bleak for Cuomo as all his partisan friends have jumped ship. I hope for justice and maybe a congressional investigation into Biden and that Cuomo resigns. One can dream even in America.

In Greek mythology, when Cassandra spurned the sexual advances of the god Apollo, he became furious and because he could not take back the powers of premonition he had given her, Apollo cursed her so that even though she could tell the future, no one would believe her.

Like mythical Greek gods, United States political figures’ male egos are equally prone to aggression and fury. Like Cassandra, I did try to warn everyone. Apollo be damned.