Home / WORLD / Tara Reade: Huma Abedin should reveal the identity of the US senator who allegedly abused her for the sake of other women

Tara Reade: Huma Abedin should reveal the identity of the US senator who allegedly abused her for the sake of other women 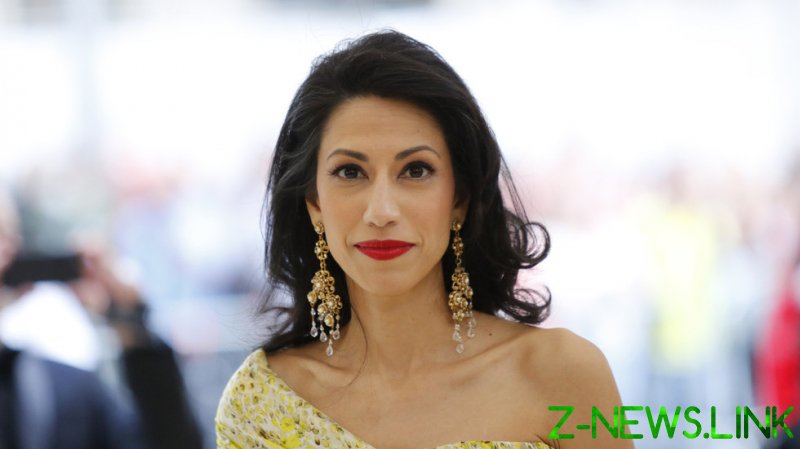 The Democrats, like all politicians, have a lot of secrets, lies, sexual misconduct, corruption, misdealing, you name it, yet the party still claims to occupy the moral high ground publicly, a falsehood perpetuated by their commissars in the corporate press.

But, every once in a while, one of them gets caught out. Former Governor of New York Andrew Cuomo may soon be arrested facing a criminal court for a misdemeanor charge of sexual assault. It would be nice to believe that MeToo is being employed to finally hold powerful men accountable for their conduct, but that would be naive. Realistically, it is a way to get rid of him while distracting from the fact that he killed hundreds with his nursing home policies and covered it up. Cuomo daring to try to take Joe Biden’s place on the 2020 presidential ticket also helped earn him a place under the justice bus.

It is clear investigations into alleged sexual misconduct are very politicized. People with the ‘right friends’ never get torn down, so someone very high up must have an axe to grind with Andrew Cuomo. Let us not forget the Time’s Up debacle where the upper level staff were caught red-handed not only helping powerful Democrats not get investigated but plotting to smear the survivors coming forward about them, including me.

A misdemeanor conviction for Cuomo will not mean jail or prison, it would most likely end in community service, but it could pave the way for civil lawsuits against him. It would hopefully also end his ability to ever run for office, mercifully putting a stop to the cringe ‘cuomosexual’ fan base that some Democrats were tweeting about in the early part of the pandemic, which should bring some measure of relief to his victims.

However, even this small victory regarding Cuomo does not fix the absolute mess neoliberal feminists made of MeToo and the hypocrisy protecting powerful Democrat elites is still a thing. In a book due out by Huma Abedin, a longtime Clinton aide and former wife of Congressman Anthony Weiner, ‘Both/And: A Life in Many Worlds’, she reveals a sexual assault by an unnamed US senator. In an early released excerpt from the book, she describes the forced kiss by a US senator and burying the memory until the Kavanaugh hearing.  In other difficult parts of her life her unfortunately named husband was caught engaging in sexual misconduct including sending lewd photos to a minor and sentenced to prison. Hillary Clinton stated publicly she stood by Abedin. I mean with powerful friends like Clinton who needs to remain silent, right? The identity of who assaulted her is not revealed, those that move in the right circles may know or at least can make some educated guesses, but to the public at large, the offender will, for now, remain a mystery.

I normally support a woman’s choice to not reveal the identity of their abuser. It is a difficult choice to come forward, necessitating reliving a painful memory and can result in dire consequences for some. However, in this case why is she protecting the politician?

If Huma wrote about it in her book, with the clout of the Clintons behind her then she could save other women becoming potential prey of whoever this man is. Why perpetuate rape culture if you are in a position to stop it? If she is silent due to fear, then one can have compassion, however, in this case I am not so sure fear has anything to do with it. This may be another prime example of why neoliberal feminists are such virtue-signalers and hypocrites. It is almost pathological the way American political party culture conditions party members into silence, even over potentially criminal behavior. Neither the Democrats nor the Republicans’ hands are clean in this rotten system. Systemic change will never happen in these conditions.

This does not just apply to incidents of sexual misconduct; the whole structure is a conspiracy of silence. From the war crimes committed by America in foreign nations like in Afghanistan and Iraq, to the bloated US military industrial complex gravy train made off the suffering of millions and the false narratives about Russia and China to provoke tension and fear to justify ever more billions being plowed into to the American intelligence and military budgets. At this point, it seems like it would take Indiana Jones to unearth the secrets of the depth of corruption in the US government, but even he’d end up crushed by the legal boulder they’d release. In America, when the truths get out, the Empire gets even.

Just look at the persecution of Julian Assange, now facing extradition to the United States for espionage in the most breathtaking case of state overreach in history. At this point it is no exaggeration to say that his continued imprisonment amounts to a psychological tortuous public execution. The US has appealed to extradite instead of dropping the bogus charges against this Australian journalist. It is a wonder to many why the English courts are allowing the American intelligence community to run their system. Make no mistake, the final ruling on the extradition of Julian Assange will be a ruling for all citizens on free speech and whistleblowing. Journalism and publishing are at stake as well as a man’s life. A man who sacrificed his freedom to publish the crimes of the US government and other complicit powers. There has been no greater fiction than that of the altruistic mission of the neoliberal moral high ground spreading so-called democracy and unless real truth is allowed to be revealed about the corrupt nature of the US system and its players, it will only lead us to more conflict. Ultimately, there is a need for political balance in the culture or it will be America’s undoing.