Tara Reade: How Time’s Up became complicit in rape culture 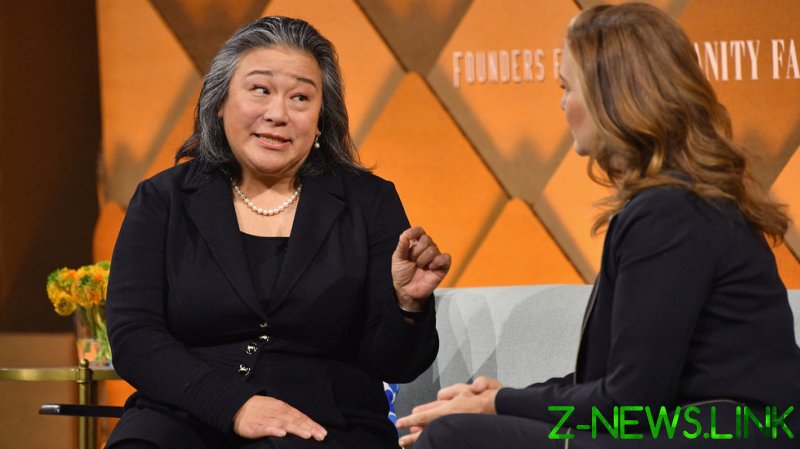 In America, rape culture is institutionalized, with layers of protection for the powerful.

Sexual assault and sexual harassment aren’t just about physical touching or forced sex without consent. They are also about the loss of status and career opportunities, and the isolation of and damage to the victim caused by the person abusing their power. In my experience, the loss of my career and reputation was as devastating as the actual assault.

There is the tired old saying that the way to hell is paved with good intentions. I do not know the original intentions of the founders of Time’s Up, the national group meant to help sexual harassment victims, and the Time’s Up Legal Defense Fund  (TULD, part of the National Women’s Law Center) – but the outcome has been far from positive.

The recent firing of most of Time’s Up’s 25 staff members does not address the larger problem systemic to an organization that is top-heavy with power and pay. In fact, several staff members spoke critically about the treatment of survivors; it’s clear it has been the leadership that has created the toxic approach to their mission. This was even evidenced in the staff’s firing – their fate had already been reported before many of them even had a chance to tell their families.

Who is to blame? As with most corruption scandals in America, follow the money and access to power. Time’s Up was supposed to be a not-for-profit organization to help survivors of sexual harassment and sexual assault access justice and public relations assistance. It was to be the practical cornerstone of the #MeToo movement. Time’s Up was supposed to change the rape culture in America by holding to account those who engaged in sexual misconduct and misused power to damage women’s lives and careers.

Instead, the founders, with their politically Democratic partisan ties, chose greed and access to power over survivors.

Time’s Up, Time’s Up Legal Defense Fund and public relations firm SKDKnickerbocker, with some help from the National Women’s Law Center, became complicit in covering up sexual misconduct rather than providing the resources and services they were meant to.

Tina Tchen, Roberta Kaplan, Anita Dunn, Hilary Rosen and others created a firewall for the elites by crosspollinating themselves on the related boards and running these organizations. And celebrity donors funded the Time’s Up warehouse of corruption to catch and kill sexual misconduct allegations for the most powerful elites in America.

The entertainment industry, media and political power players created a trifecta of harm to any survivor trying to come forward about a powerful person. Eventually, it was revealed that Time’s Up colluded with Andrew Cuomo’s office to not just silence but also discredit survivors of the former New York governor’s harassment. It was also revealed that similar tactics were used in my case. This led to the leadership of Time’s Up resigning in disgrace.

After a vile public statement about the revelations by one of the co-founders, Shonda Rimes, The Hill’s ‘Rising’ examined the trajectory of the Time’s Up unraveling. The findings were illuminating and damning.

It was in January 2020 that I stepped into the web of deceit of Tina Tchen (former CEO of Time’s Up and Obama administration alumnus) and Anita Dunn (a founder of Time’s Up, and partner and managing director of SKDK). I became trapped in a labyrinth of confusing connections, as I tried to get legal and public relations help from them regarding coming forward about my history with Joe Biden. Like so many other survivors trying to get them to provide an attorney, I was strung along by TULD as they extracted information about my case for reasons that became obvious in the months to follow.

Time’s Up ultimately refused to help me with public relations because, apparently, it would endanger their “non-profit status.” This was subsequently found to be untrue.

What was true? Anita Dunn was already working as an adviser to the Joe Biden presidential campaign, with payments to SKDK increasing exponentially – coincidentally at the same time as I sought Time’s Up help (from January through March last year).

No one ever told me at any of the meetings we had about the clear conflict of interest of Dunn working for Biden; I found out through the media. I also had the sinister tactics of his campaign machine unleashed on me, taking a wrecking ball to my life through the media – and with the help of Dunn.

Time’s Up created a maze that made their actions hard to follow and ensured it was difficult for survivors to access their resources. In an open letter from activist Alison Turkos – which I signed – more than 70 survivors outlined similar frustrating and alarming experiences with Time’s Up to those I had endured.

As the Time’s Up false front for the elites collapses, will the misdeeds of some of these powerful men they protected be exposed? Cuomo resigned, but still talks about a return to politics. Biden has never even been investigated, and the other survivor whistleblower cases have been left in disarray.

It is not easy to speak up about the wrongdoing of a powerful person. Historically, the consequences for the accuser are dire. I was relieved to see the recent resignations of most of Time’s Up board and leadership. However, firing most of the staff has more to do with optics then actual accountability. For the survivors who went to Time’s Up in good faith for help, the damage has been done, the betrayal complete.