Home / WORLD / Tara Reade: How can survivors like me ever trust American justice when men like Bill Cosby walk free?

Tara Reade: How can survivors like me ever trust American justice when men like Bill Cosby walk free? 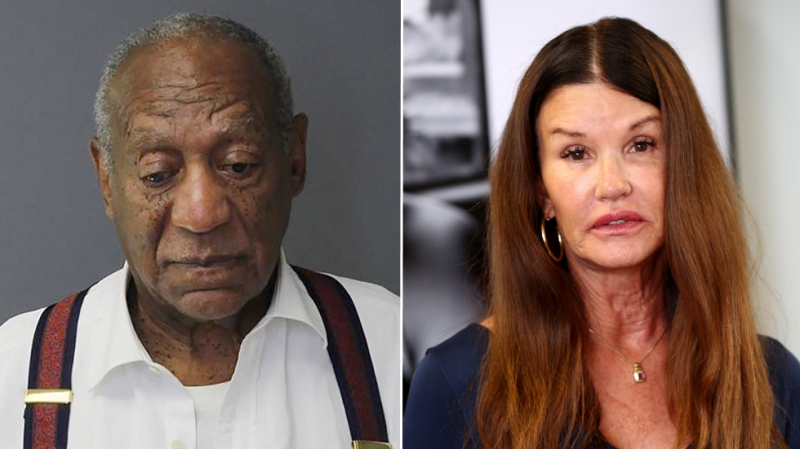 When I was a child, I had a record player. It was my escape and pleasure. I had versions of classical ballets, Shakespeare spoken records, Sesame Street, and comedy albums by stand ups like Steve Martin and Bill Cosby. My younger brother (who became a professional comedian) and I would sit in my room to listen. The albums drowned out other things happening in the house, the laughter and innocence was such a welcome escape. The Bill Cosby record was played until it warped from overuse. Later, there would be his iconic television show which would see him christened ‘America’s Dad’.

Then we grew up.

I never had a doubt when I heard the allegations that Bill Cosby drugged and raped young women.  I believed the women. I don’t idolize celebrities and never have. Maybe it’s because I worked in the industry and saw behind the curtain, or maybe it’s my own secret regarding a powerful man. There were whispers for years in the entertainment industry about Cosby, just like Weinstein, just like Biden, it was a known secret. I had worked in both Hollywood and Washington DC. In the words of Rose McGowan, “I knew these people when their mics were turned off.” Both in entertainment and politics there were a lot of secrets to cover and alibis negotiated. Unfortunately, with some powerful men, consent is not important and the lack of it holds a particular thrill.

When I spoke with Andrea Constand, the woman whose story helped put Cosby behind bars, I was reminded of when I came forward about Joe Biden and what he did to me. I was numb and so stressed by media attacks, I could barely comprehend our conversation. Looking back at her statements in the press, I felt the eerie echoes of my own pain. I felt a kinship with many of these women, I felt their struggles, I felt their hurt. I too had challenged people’s belief system that a beloved man they thought they knew was a predator.

My story, like Cosby’s alleged victims, evoked a guttural hatred from those who rejected any truth about the powerful. Cosby’s fans wanted those women to disappear, the same way Joe Biden fans wanted my story to disappear.  As I spoke to Nicole Egan, an investigative journalist who first reported on the story in 2005 for the Philadelphia Daily News and author of Chasing Cosby, I recognized the inquisitive tone of a reporter, efficient, sharp and able to slice through words as if using a scalpel. Yet, as she spoke of Cosby’s alleged victims and my own case, her tone had compassion. She had spoken up for me in the past and again recently, even after I was slammed by every corporate media outlet in America. Nicole seemed to grasp, without me having to explain, much the depth of my pain. The connection to the women taking on Cosby was that breathtaking reality of standing against a machine waiting to grind you into dust just for speaking.

However, I thought they all had some measure of justice, however slight, with the conviction and incarceration of Bill Cosby. Then, without much warning, he was released, and the criminal charges were dropped. The reasons are convoluted and legally technical. Nicole Egan had recently written about the stunning release of Cosby for The Sunday Times stating that she knew it might happen. She wrote: “Somehow, I knew Bill Cosby would find a way to beat the system. Because, in the United States at least, there’s justice — and then there’s celebrity justice. It’s a lesson I learnt when I began covering the Cosby story more than 16 years ago.”

In my discussion with Nicole, she explained in more detail the warnings laid in place months before in the Pennsylvania Supreme Court describing how the Judge harshly addressed the prosecutor then walked away from the Zoom hearing as the Prosecutor was answering the question. The press release issued by the prosecutor’s office was considered an immunity agreement and the court asserted that Cosby relied on it.

Yet, no actual proof of any conversation was given. The following was an unusual and swift judgement releasing Cosby from jail. “Normally,” Nicole explained, “if the conviction was overturned, the remedy would have been another trial.” At first the women were confused when they reached out to Nicole about what transpired. The release was extraordinary according to legal analysts and experts Nicole contacted.

One woman said it was like a gut punch when she heard the news.

“One of the problems is systemic,” Nicole added dryly, “fans of Cosby think they know him because they saw him on TV, they think he is Cliff Huxtable and Cosby is no Cliff Huxtable. The real problem is the celebrity worship in America.”

“People do not realize how much power celebrities have over the media,” Nicole continued, “Cosby’s agent is William Morris, one of the biggest talent agencies in Hollywood. Cosby was known by the media to be litigious, so the media was scared to cover it. I received threats to the paper I worked for, the Philadelphia Daily News and the DA threatened to put me in jail for the stories I was writing about Cosby.”

Nicole described the chilling effect talent agencies and public relations firms had on bringing forth the truth.

“If media runs a negative story about a celebrity,” she explained, “the talent agency

would refuse access again to that celebrity or any other in the agency. This set up a hostile environment for anyone coming forward against someone with power.”

Like me, many of the brave women who spoke out were berated and dragged in the media.

Nicole described hearing echoes of how the alleged Cosby victims were treated when she saw the vicious attacks on me. She described being appalled by the New York Times coverage of my story and said it was reminiscent of how Tamara Green was “torn to shreds” as Nicole described it, by the media. She noted how they exposed any personal information and dragged the women through the mud.

The rape shield law was designed to protect victims if a sexual assault case made it to court but defense attorneys would leak information to the media about victims. Nicole said she always consulted sexual violence experts when covering the stories to put into perspective what was important and what was not regarding the victims. Sexual assault is most underreported crime 85% of rapes are by someone the victim knows.

The advent of social media has brought a whole other level of vitriol for some but also less suppression and more supporters. Social media is a double edge sword no one has yet mastered.

One of the most poignant recollections Nicole shared was about some of the women not being able to have long term relationships or trust again. In Andrea’s statement she said, “He took my beautiful soul and crushed it..”

Many of the women succumbed to alcohol or drug addiction. One of Cosby’s first alleged victims was a 17-year-old virgin who described never quite coming back from the experience and sleeping for years with her arms covering her chest and groin area for protection. Anyone who has experienced that kind of trauma understands the violation and damage it does. On my own healing journey, I embraced trusting again and perhaps that even love will come again. It is hard to describe the ethereal innocence that is stolen with acts of sexual violence, but it is important we hear not just these women’s truths but also their journeys to freedom and healing. This is the only path to hope. The expression of healing is the way a victim of abuse can transform into a survivor.

The women were collectively devastated by the news of Cosby’s release but also in the words of Nicole, “galvanized.” Many of them embarked on acts of advocacy for others, such as extending and ending the statute of limitations on reporting rape in California, Nevada and Colorado. Nicole observed, “Together, they are a force to be reckoned with. and I don’t think they will let this go.”

One of the women described in media pieces was so devastated by Cosby’s release she cried non-stop that night, and others carefully outlined the fear they felt to the press.  Meanwhile, Cosby had a pizza party with his friends and family.

It is hard to quantify the intense disgust for a justice system so corrupt that 60 women’s lives are regarded as less important than this one powerful, rich man. Just like me, they were all betrayed in the most intimate way and then traumatized again by the system that was supposed to protect them. The American justice system reflects our culture that elects and protects the wealthy and powerful at the cost of innocence lost.

Cosby has announced through his representative he was going to get back into comedy, but no one is laughing. In a tweet on Independence Day Lili Bernard addressed his release. “The fight is not over,” she said.