Home / WORLD / Tara Reade: Doing diplomacy with the US is like trying to appease an abusive partner in a toxic relationship

Tara Reade: Doing diplomacy with the US is like trying to appease an abusive partner in a toxic relationship 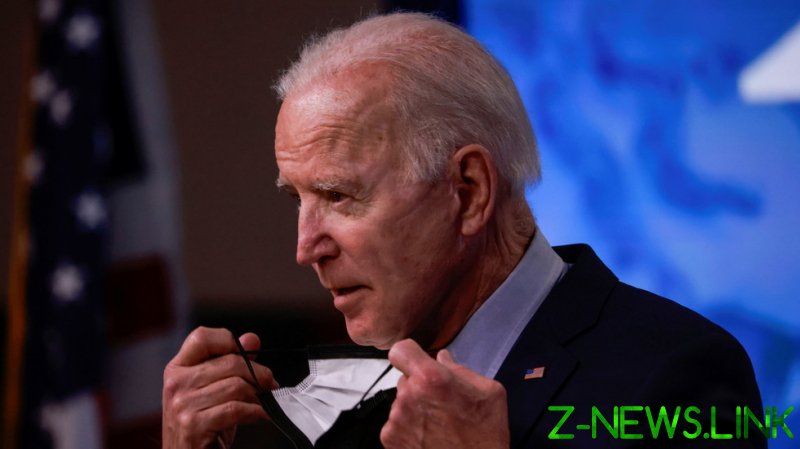 “R, come on, we have to talk,” A pleads tearfully.

“Never mind, go away. And YOU get no more of anything,” A says petulantly.

R, confused, ignores A and looks over at C.

R and C walk off into the sunset.

A stomps foot angrily and yells threats at them both unless they return.

Our players in this little fiction? America, Russia and a cameo appearance by China.

If America and Russia were in an intimate partner relationship, that would be their geopolitical conversation in a nutshell. Toxic to say the least.

The US, via President Joe Biden, is escalating the rhetoric of demands and threats directed at Russia, in a confusing haphazard approach. The strategy Biden is asserting is to create chaos and tension – then he will play the hero and “solve” the tension. This political theatre plays out all the while distracting American citizens from very real domestic problems.

Russia is usually the fall guy in this scenario. Biden says he is to set a diplomatic meeting on “neutral ground” one-on-one with the man he publicly called “soulless” and a “killer.” Then called Russia on the phone as if it never happened. Sounds eerily familiar.

Meanwhile, the underhanded back channels are sabotaging Russia in Europe to allied nations at every turn while talking publicly about meeting. This is the typical Democrat leadership communication style; cognitive dissonance is the center premise. The diplomatic quagmire and misfires of communication continue unchecked.

If I were to give any advice to a friend going through this type of relationship I would say, “Honey, don’t text or pick up that phone, put it on silent! Walk away!” Silence is sometimes the best message of all. Meanwhile, there is the American chest-pounding for ‘consequences’. And the new round of sanctions, oh those sanctions.

Over the American history of the use of sanctions they have evolved to be weaponized solutions instead of a diplomatic tool to maintain peace. A kind of war without the shooting. Defense contractors love tension and arms buildup, and dollar signs are all over the place with this newest scenario.

Joe Biden described his recent conversation with President Putin to the American public as if he were scolding a misbehaving child. He outlined condescendingly how he told the Russian president he would keep the punishment in proportion and that he would normalize relations with Russia.

America does love to be sanctimonious with its sanctions with no thought to the actual reality this imposes on everyday people and their respective countries.

While sanctions can do substantial harm to a country’s economy, anti-Russian rhetoric creates further chaos in an already challenging geopolitical landscape. Yet American leadership has decided aggressive Trojan-horse diplomacy will work to some unknown advantage.

Correct me if I’m wrong, but does it look like Russia will jump like a dog to every one of Joe Biden’s beckoning commands for a meeting? Nor should they. Let him reap the consequences of his reckless mouthing off for once. He obviously isn’t going to face any consequences at home in the US, for anything – not in this current political climate, at least, not yet.

A Russian-American partnership could be the infusion of balance and stability our world needs. The innovations and creativity we could achieve with this partnership would be breathtaking. Of course, at this point, it’s a utopian notion, and every day under the Biden administration is another step further from even a semblance of normality.

We need a true diplomatic approach, not the buffoonish Joe Biden posturing and trying to swing his withered, aged ego around at Russia. We need to bring in forward-thinking professionals with eyes unclouded by inward-oriented political posturing, who have plans for a future that doesn’t involve a planet turned into a wasteland by poverty, war and climate change.

As an American citizen, I have found the imperialistic approach to our changing world archaic. It is because I wish my country to evolve into a better nation, not to stagnate and devolve while continuing to bomb other nations for profit simply because it keeps working and the cash keeps flowing to the top 1%.

America must clearly assess the reality of the state of its own affairs with emotional intelligence or it will be the end of America’s own legitimacy in the eyes of the world, if it has not ended already. The question remains if the so-called “summit” Joe Biden is shoving at Russia is an attempt to put a feather in his cap for the diplomatic mess he created. Commenters in America dragged Donald Trump through the mud for the basic courtesy – something you would expect to see at a meeting of two presidents – he displayed during his own summit with Putin in Helsinki in 2018. Seeing as how Biden has all but vowed to be everything Trump wasn’t, should we expect outright hostility, confrontation, attempts to humiliate the Russian president?

With Joe Biden’s track record as a blowhard, impulsive diplomatic disaster and with all the hawks flapping around him, peace may remain a dream.

Perhaps when he is a distant, ugly memory, the next chapter in our collective history will bring that dream a bit closer. Here’s to hoping.