Home / WORLD / Tara Reade: Biden believes he is empathetic and competent, but the Kabul fiasco has displayed his callous ineptitude to the world

Tara Reade: Biden believes he is empathetic and competent, but the Kabul fiasco has displayed his callous ineptitude to the world 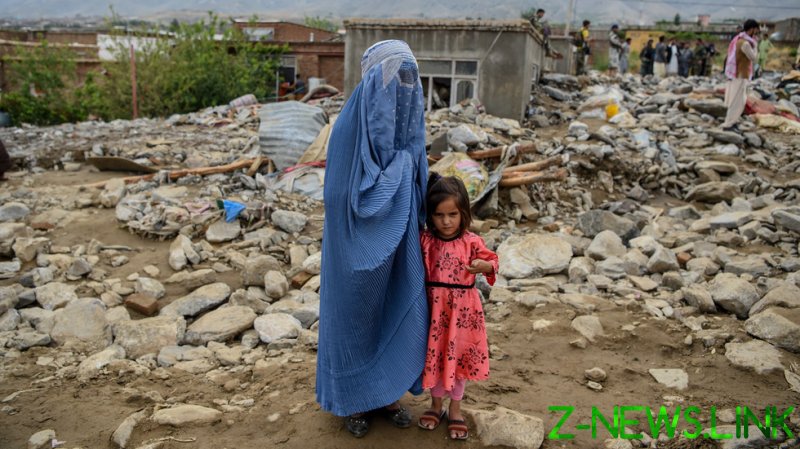 Like everyone else in America, and around the world, I watched the images of the airport in Kabul as people lost their lives desperately clinging to an American transport plane with horror. The American political machine’s indifference to suffering is nothing new, and I have experienced the steam roll emotionally, but it was jarring to see this brutality displayed quite so flagrantly.

Turns out the “empathy president” is not so empathetic after all, now is he?

Joe Biden is many things, but empathetic is not one of them. In America, optics for politicians are everything, and all create their image of choice. Biden wanted his image to be one of competence, dependability, and empathy, despite lacking all of these qualities (and more besides) in reality.

There is not a public relations firm in the world that could have fixed the optics of America’s shambolic exit from Kabul, leaving thousands stranded. As far as ‘optics’ go, an American C-17 rising into the air with people begging to be saved – some literally hanging onto the landing gear – is about as bad as it gets. These images gave a macabre new meaning to the irritating campaign slogan “ridin’ with Biden.”

This is Joe Biden’s America, and there ain’t no empathy here. Never forget that.

In a defensive high-pitched whine on ABC news, the president blamed everything except his own leadership for the botched departure from Afghanistan, then stopped talking, turned on his heel, ignored the yelled questions from reporters, and went back to napping at Camp David. No surprise there, as the press smell blood in the water with his lies, backtracking, and incompetent leadership as his poll numbers dip lower.

Like all politicians, Joe Biden wants to be known for some singular quality to make him stand out. His was ‘experience’ – translation: years of mind-numbing corruption steeped in gridlock working as a senator, and being the oldest man to become president in the history of the republic. The corporate media trumpeted his self-declared ‘competence’ and ‘experience’ as an antidote to Donald Trump. But his ‘experience’ doesn’t appear to be shining through in any positive way.

Biden needed something else for oxygen in the news cycle, lest his illustrious past come back and bite him. He did not count on this. It did not help that in both his speech and his one interview, Biden resorted to blaming Afghanistan itself for the successful Taliban takeover, for “not fighting” hard enough. This absurd assertion was met with media and social media backlash.

As some feigned concern for Afghan women and girls, others pointed out that it was America’s policies that originally funded what would become the Taliban and Al-Qaeda. If you think Joe Biden cares about Afghan women and girls, think again. His own misogynistic and predatory past proves this, and he is far too arrogant to even engage in the illusion of caring. Just look at his response to New York Governor Cuomo allegedly sexually assaulting his own staff.

One of the many stunning parts of Biden’s speech, along with the outright lies, was also the $1 trillion stat. What Biden failed to mention is that Raytheon, Lockheed-Martin, and others made a fortune during the war. $300 million a day for 20 years was spent by the US, and the profits only went higher for American private companies with stakes in the war.

Unfortunately for Biden, his statement that “no one will be airlifted from the embassy rooftop” proved to be so observably wrong that even his lackies in the corporate press have started to lose patience with him. His monumental arrogance and lack of knowledge may have finally caught up with him (after four decades). The only thing for a decent person to do at this point would be to own up to their lack of judgement. But Biden won’t. If we have all learned anything in this country, it’s that self-awareness and contrition are not things Biden is capable of. The smoke and mirrors around Biden have all either blown away or smashed. The press is restless and weary of Bidens’ arm’s-length approach and lack of access. There is a lesson learned this week and, as I keep speaking out about what happened to me and my personal history with Joe Biden, I will make sure to stay off the tarmac.