Home / WORLD / Tara Reade: Assange’s shameful treatment shows just how the US exploits fear to silence dissent… as I found out, too

Tara Reade: Assange’s shameful treatment shows just how the US exploits fear to silence dissent… as I found out, too 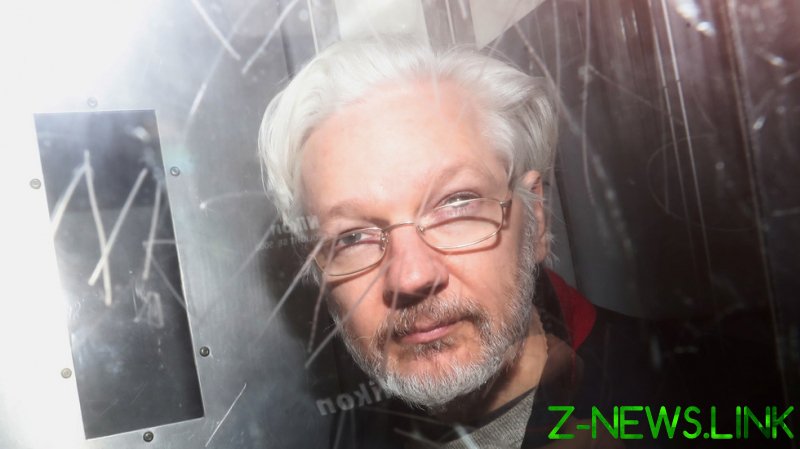 There are a handful of political prisoners who have really captured the attention of our generation, and Julian Assange, the founder of WikiLeaks, is among the most prominent. His intentions have always been noble. “By bringing out into the public domain how human institutions actually behave, we can understand frankly, to a degree, for the first time the civilization that we actually have,” he has said.

Alongside others like Edward Snowden and Chelsea Manning, Assange – an Australian citizen – has been persecuted for making known to the public things America wants to keep quiet, such as details of war crimes and the country’s surveillance state.

He will spend his 50th birthday, on July 3, in prison in London – where he has been since 2019 when the asylum status he’d been granted by Ecuador was revoked – facing the threat of being prosecuted by the US under the Espionage Act. The alleged violations of the Espionage Act could mean imprisonment for life.

Assange’s treatment has led to a serious conversation of what will be left of freedom for the media to expose state corruption. What is democracy if it is not functioning from a place of self-critical analysis to address corruption? If democratic states only act in self-interest to maintain authority and the status quo, is it even democracy at all?

Have we as citizens all already lost the war to keep our freedoms while we continue to delude ourselves and fight smaller battles?

As Glenn Greenwald points out, the very Western journalists who would be impacted by the Assange case maintain silence as if trepidatious of drawing the attention and attracting the ire of the American government. Fear is used as a vehicle to create an atmosphere of measured silence.

Edward Snowden once said, “I would rather be without a state than without a voice.” The American empire uses different tactics to silence the dissent. It is now somehow accepted that dissent be criminalized and the individuals called traitors.

And this extends to even the reporting of individual crimes of established American politicians, as in my case. Joe Biden’s machine counted on my fear to come forward. After I was attacked in the media, they banked on my silence. However, the ugly arrogance of Biden and his machine overestimated his ability to silence me.

In larger cases of dissent, the silencing tactics remain quite similar and more severe. The Western media have vilified Assange and then ignored him, as well as the human rights violations he suffers for everyone to see. The American empire wanted to set an example of what happens if you speak out.

Amazingly, US politicians, including Biden, pound their chests at Russia and China, shouting about human rights ‘violations’ and the lack of press freedom, while stepping on the necks of their own citizens to quash any voices that even dare to question what’s going on.

Hypocrisy is a political art form in America.

The most recent round of public silencing has been the shutting down of foreign media websites. Last week, 33 sites critical of US policies in the Middle East and supportive of Palestine were seized. Richard Medhurst rightly called out the actions of the Justice Department and the hypocrisy of the American government around censorship.

It is no easy task to expose the crimes of the US empire and colluding Western states, and there are usually consequences. As Snowden remains in Russia unable to come back to America, Assange is imprisoned at Belmarsh in London under dire conditions. He is in a cell for 23 hours a day, and for one hour is taken to another for ‘exercise’.

According to Misty Winston, an American activist and podcast host, the conditions are deplorable.

It is ghoulish to comprehend that we are watching in real time the American empire overreach its boundaries again by abusing its power to slowly torture a publisher to death. Citizens of the world are trying to push back against the corporate elites and their war machines. Their protests are met with silence or force.

As July 3 is Assange’s 50th birthday, the best present we could give him and to ourselves is to support him publicly and call for his release from illegal imprisonment. How ironic it falls a day before July 4, the celebration of America’s freedom, as we collectively watch the US government allow our freedom of speech and press to die a public, political death on the world stage.

We need to honor the few heroes of our generation, like Assange, who are trying to keep us all truly informed and free.