Home / WORLD / Tara Reade: After Biden’s Afghan fiasco and Cuomo’s ousting, is just being a Democrat no longer enough to ensure positive press?

Tara Reade: After Biden’s Afghan fiasco and Cuomo’s ousting, is just being a Democrat no longer enough to ensure positive press? 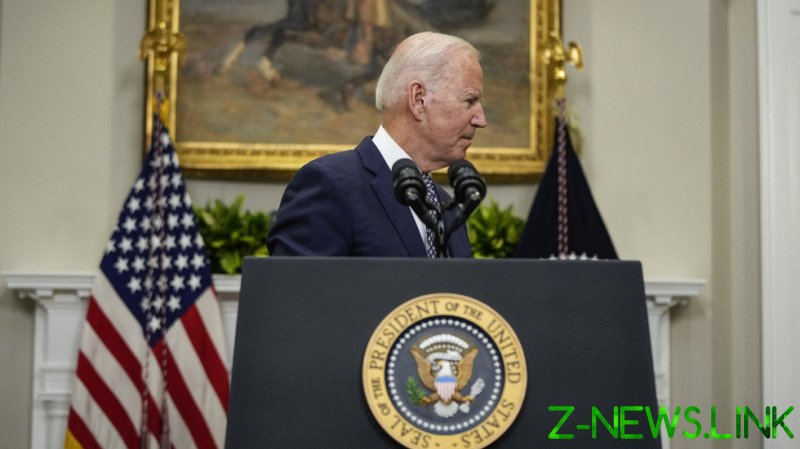 The world is on fire, literally, even Siberia. In Australia, they shot rescue dogs and their gruesome reason was so that people would not venture out breaking Covid lockdown to pick them up. In the late August heat, in Afghanistan, people are being left behind desperate at an airport, getting trampled, shot and dying, as America makes its incompetent and ignominious exit. Israel uses the distraction to bomb more Palestinians in their homes trapped by the violence. In America, the Governor of New York resigns, but refuses to admit any wrongdoing, and screaming to the last about being set up.

Meanwhile, the American elites amidst so much of the misery (some of which they created) find time to dance, fill their greedy, old faces and fundraise in Palo Alto, California unmasked as the working people that serve them were masked. Some of the American Oligarchs’ wealth went up 137% during the pandemic and they still don’t pay a penny in taxes. No wonder they dance. They don’t even pretend to care. The news cycle grinds us into fear, distracting us from the Empire’s crumbling corruption.

One story, however, is staying front and center. A story about an organization created for victims of sexual harassment and assault to get legal help, public relations help and a safety net of caring support. Like a spider’s web, Time’s Up captured its prey with silken promises only to turn its venom on the victims. The organization Time’s Up, created to protect women from powerful abusers, was in cahoots with the predators the whole time.

Since last year, I have discussed the shady way I was treated and used by the Time’s Up Legal Defense fund. It has since been lost to the ether of other more pressing news. Yet, in this little corner of the world Tina Tchen, Hilary Rosen, and Anita Dunn and the other former Obama staff enriched themselves off the traumas of survivors.

After a public apology, Tina seemed contrite but not willing to resign, just go full steam ahead with public relations damage control. It was met with sharp retorts from the survivor activists.

Time’s Up feigned outrage that Cuomo “used” the leadership for cover fell flat, as an investigative reporter laid bare the corruption and connection to Cuomo and Biden. The tangled connections were laid out in a coherent history of Time’s Up recently by Jack Allison on a recent episode of The Katie Halper Show.

While Cuomo did resign, he has a pension and can run for office again. The possible impeachment drifted away from the conversation. The monsters still seem like they’re winning, don’t they?

My experience of coming forward has made me want a champion, someone to save me. The damsel in distress part of me kept waiting to be saved. No one has done that. However, I have been met with some extraordinary kindness on this path from the most unexpected places. The support I have received gave me strength to carry my own ribbon into battle.

The empire does not like whistleblowers, and they are met with severe consequences.

Just ask Julian Assange, Chelsea Manning and Edward Snowden (to name a few), who dared to reveal truths about American war crimes and the surveillance state, and each suffers rough justice doled out by the American government. The American machine unleashes its fury at truthtellers. I learned this lesson the day I came forward about Joe Biden.

Yet, somehow, there was a sliver of hope when Cuomo was actually investigated. The Cuomo survivors even had a modicum of justice when he resigned and had his Emmy taken away.

The discontented media have turned their restless gaze to Joe Biden, after the Afghanistan exit debacle, the gaze has turned into a hard stare. The Republicans and a few Democrats started looking at Joe Biden’s competence as a leader and there have been whispers about maybe an investigation, finally. He cannot use the mantle of MeToo to cover his personal sexual misconduct and predatory behavior anymore. The days of Time’s Up covering for Harvey Weinstein, Cuomo and Biden are over. Joe Biden cannot hide in Camp David or his basement forever, not this time.

Perhaps, at long last, the instant media cover granted by virtue of having that “D” after your name, is no longer enough to guarantee you that protection? We can but hope.