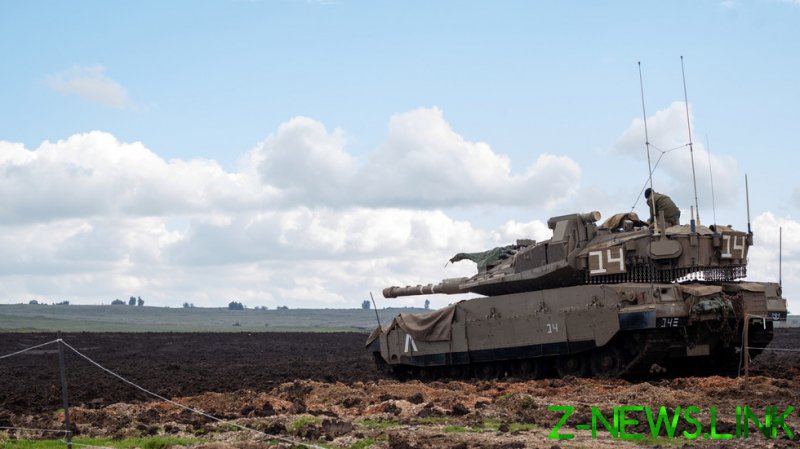 In video footage shot by one of the hikers on Thursday, at least five Merkava Mk. IV main battle tanks sat unoccupied atop a plateau in the Golan Heights. The cameraman walks toward one tank to discover its door open and its equipment and munitions left completely unguarded inside.

The Israel Defense Forces (IDF) were quick to condemn whoever left the 65-ton behemoths unguarded. “The issue will be investigated immediately,” a spokesperson told the Jerusalem Post. “Lessons will be learned and those responsible will be prosecuted and severely punished.”

As to why the tanks were left abandoned, that much is a mystery. With the discovery coming two days before the Shabbat, the soldiers responsible clearly did not bunk off for religious reasons. Indeed, the IDF only grants a free Shabbat as a rule to the few ultra-orthodox members in its ranks.

The Golan Heights too is a hot area to leave such dangerous vehicles unoccupied. Only three weeks ago the IDF struck military targets in Syria after it reportedly thwarted a bombing attempt in the disputed region. The area is made up of land captured from Syria by Israel during the 1967 Six-Day War, but is recognized as Israeli territory by only Israel and the United States.

The IDF top brass can, however, breathe a sigh of relief knowing that the hikers were only interested in looking at the vehicles. In the US in 1995, Shawn Nelson, a veteran and methamphetamine addict, succeeded in sneaking into a National Guard armory in San Diego and starting an M60A3 Patton Tank. Nelson embarked on a half-hour rampage through the streets of the city, before eventually beaching the vehicle on a highway road divider. Police opened the tank’s hatch and shot Nelson dead. Luckily for the population of San Diego, the tank’s weapons were not loaded.