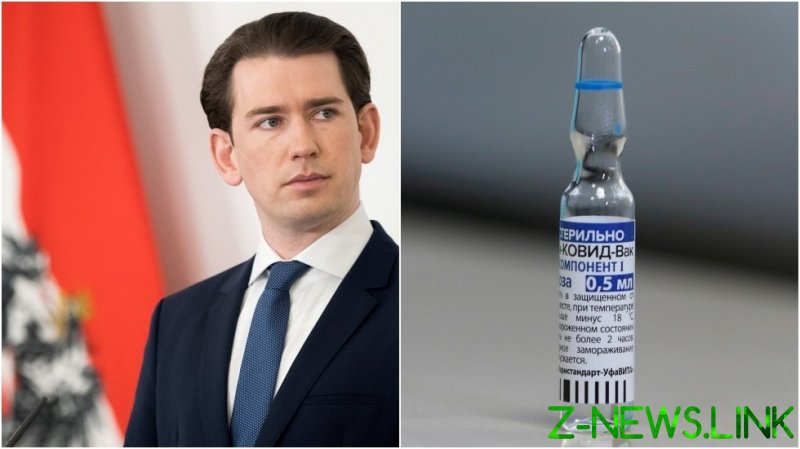 The negotiations on the contract to acquire Sputnik V have “de facto come to an end,” Kurz announced on Saturday. “It’s now possible to purchase it for us in Austria,” he added.

A “million” doses of the vaccine from Russia, which boasts an efficacy of more than 91% percent and lacks significant side-effects, would provide an “additional turbo boost” to Austria’s immunization campaign, the Chancellor said, without specifying when those supplies might begin.

Austria, which has a population of almost nine million, has recorded more than 570,000 confirmed Covid-19 cases and over 9,600 deaths since the start of the pandemic.

Kurz also promised to ask questions of the European Union regarding the bloc’s inability to be as fast and efficient as the US and UK in acquiring and approving vaccines against the deadly disease.

Despite the shortages of coronavirus jabs in the EU, the European Medicines Agency (EMA) seems to be in no hurry to register Sputnik V, despite all the required paperwork being provided earlier this year.

EU laws allow member states the emergency use of vaccines even if they haven’t been approved by the EMA. Hungary and Slovakia have already taken advantage of this clause and started giving Sputnik V shots to their citizens, and Austria may well follow their example.

Responding to a question about the Russian jab from the German Handelsblatt business newspaper, European Council President Charles Michel said on Saturday that there were “differences and various degrees of sensitivity” among the member nations when it came to Sputnik V.

However, Michel added that the “pressure on politicians is high. The people are becoming impatient, they want to vaccinate.”