Home / WORLD / Talking tough on Russia but doing deals with Moscow, Merkel played both sides. Germany’s next leader may be more confrontational

Talking tough on Russia but doing deals with Moscow, Merkel played both sides. Germany’s next leader may be more confrontational 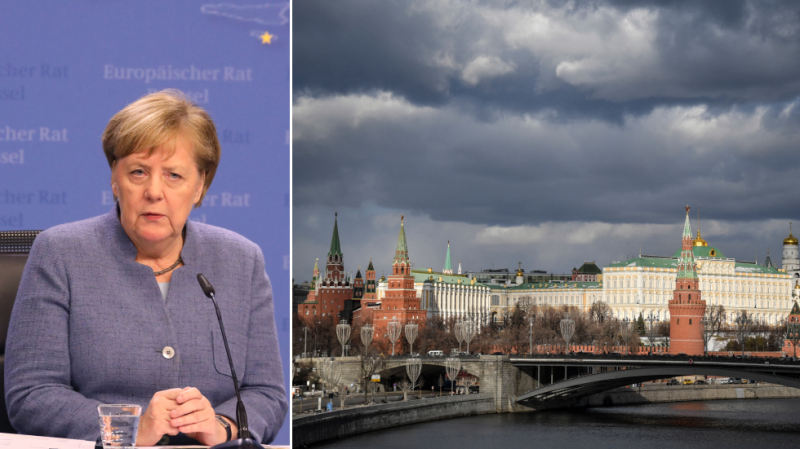 The veteran politician first announced she would not be standing for reelection in 2018, saying it was time to hand over the reins. But who will pick them up, and what their stance will be on the range of issues swirling around Europe, is less clear.

In previous elections, foreign policy has not been a topic of much interest or concern to the German electorate. But the times have changed, and the country now finds itself in an era of waning American supremacy. Berlin is also grappling with the immediate wake of NATO’s calamitous withdrawal from Afghanistan, where the German Bundeswehr fought alongside the United States and coalition partners for 20 years.

Overall, the foreign policy positions of Germany’s parties are fast-moving and politically opportunistic. However, Russia clearly has its own special place in the German election spotlight as the EU and NATO continue to butt heads with Moscow over Ukraine, and with contention over the already-finished Nord Stream 2 pipeline.

Merkel has expertly balanced the competing domestic and international demands, positioning herself as the great champion of the EU’s values, while also forging stronger economic and political ties with Russia, as well as China. However, not all of her potential successors seem interested in repeating that high-wire act.

The Center: SPD and CDU in lockstep

The Social Democrats (SPD) are leading the polls in the immediate run-up to the election, followed closely by Merkel’s kingmakers, the center-right Christian Democratic Union (CDU). Olaf Scholz, the SPD’s candidate for chancellor (currently Germany’s vice-chancellor and finance minister), is one of the few who has backed maintaining Merkel’s status quo with Russia.

In his party’s programme, the position is a twofold approach of cooperation in areas of mutual interest, namely counter-terrorism, climate change, and disarmament, whilst maintaining pressure on Russia through sanctions over Ukraine, purported involvement in cyberattacks, and championing the case of jailed opposition figure Alexey Navalny. Still, what is needed according to Scholz is a “new politics towards the East”, which means getting Russia to accept “a rules-based order” and not one of “might-makes-right”.

The CDU’s programme generally holds the same position as the SPD, adding that Russia “challenges [Germany’s] values”, and that what is needed at the EU and NATO level is a greater capacity for “deterrence and resilience” to counter Moscow. Armin Laschet, the minister-president of North Rhine-Westphalia and Merkel’s uncharismatic successor within the CDU, has said that cooperation and dialogue with Russia are necessary, despite disagreements. For Laschet, sanctions remain on the table when it comes to pressuring Russia.

On the subject of Nord Stream 2, Scholz and Laschet recently agreed during a televised debate in June that the pipeline could cease operations if Russia were to fall out of compliance with EU regulations. Scholz invoked Ukraine’s security as another potential reason for discontinuing usage of the pipeline after completion. However, he has also slammed US sanctions on the project as “a severe intervention in German and European internal affairs.”

Neither of the two centrist parties mentions Nord Stream 2 in their manifestos, which may be an indication of lacking consensus and/or an attempt to remain ambiguous towards the US, and other EU countries opposed to the project.

To form a majority government in parliament, German parties are likely to have to negotiate coalitions that put them beyond the 50% threshold. One possible outcome is the centrist ‘grand coalition’ of SPD and CDU, which has been the status quo since 2013. Any other permutation, however, will involve one or more of the remaining ‘major parties’: the Greens, Free Democrats, the LEFT, and the far-right Alternative for Germany (AfD).

The Greens, currently in third place in the polls, seem likely to participate in a coalition with one of the centrist parties. Leading the Green ticket is Annalena Baerbock, whose climate-driven policy has picked Nord Stream 2 as its target. The Greens demand an immediate suspension of the pipeline project due to its non-conformity with the party’s clean energy vision and because it “threatens Europe’s geostrategic and energy interests, as well as Ukraine’s stability.” Baerbock has also championed a more hardline stance on Russia and China in past interviews.

More along the lines of the centrists, the Free Democrats (FDP) seek to maintain pressure on Moscow whilst entering into dialogue whenever possible. The FDP programme slams Russia on several issues, among them assisting the Syrian government, but it also refers to the need to “rebuild mutual trust.” In the foreign policy arena, the Free Democrats stand by NATO and the EU as global players. Regarding Nord Stream 2, the FDP aim for a moratorium until a decision can be reached at the European Union level.

On the far left and currently polling at a mere 6% is Die LINKE, or The LEFT, which is unambiguous in its desire to dissolve NATO and replace it with a new security framework that includes Russia. Overall closer relations with Moscow are on the anti-war faction’s foreign policy agenda. However, the SPD’s Olaf Scholz remains vocally opposed to a big-tent leftist coalition that would consist of SPD-Greens-LEFT (which may be the LEFT’s only way into government). This is partly due to its aforementioned hostility towards the trans-Atlantic alliance, held as sacrosanct by ruling party politicians. Still, Scholz would have to contend with the young progressives in his party, who may favor a grand-leftist coalition if such an arrangement turns out to be at all possible.

Perhaps the clearest outlier is the controversial AfD, as all other parties refuse to consider inviting it into a future coalition. The AfD programme supports deepening relations with Russia, ending sanctions, and completing Nord Stream 2, which it regards as “indispensable”. That said, the de-facto cordon sanitaire applied to both ends of the German political spectrum means neither the right-wing AfD nor the socialist LEFT are likely to leave the opposition benches.

All things considered, whatever centrist party ends up leading the next government, SPD or CDU, will play a balancing role to maintain the prevailing ‘tough but open to talk’ approach towards Russia. The inclusion of the FDP in a coalition wouldn’t do much to change this kind of foreign policy, whilst the Greens may push for an upset, particularly on the energy front.

The Greens have gained momentum in recent years due to growing concern over the environment, especially among young activists, and Greta Thunberg herself is reportedly planning to protest in Berlin on September 24, two days before the election.

Whether or not this will be a last-minute coup for the Greens and their anti-Nord Stream 2 stance remains to be seen. But with rising gas prices across Europe and hopes that supplies will start pumping through the underwater link within weeks, all eyes from energy traders to Kremlin officials will be watching Germany this weekend.