Home / WORLD / Talking to Russia a ‘waste of time’ – Italy

Talking to Russia a ‘waste of time’ – Italy 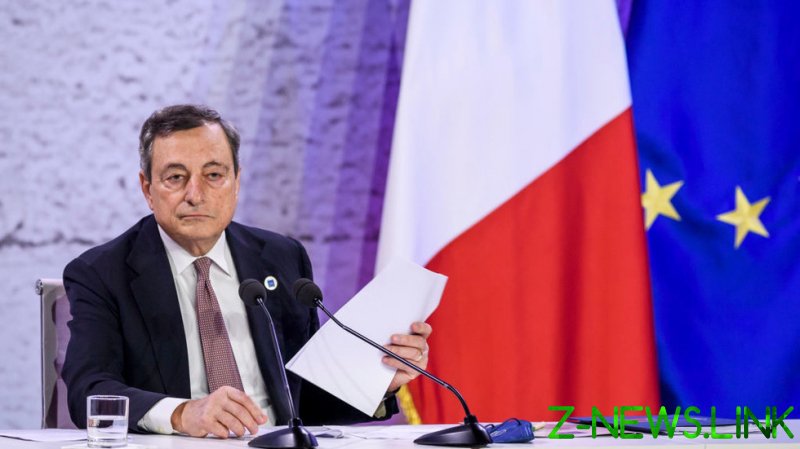 Italian Prime Minister Mario Draghi has apparently all but given up on a negotiated solution to the Ukraine crisis, saying he suspects that it’s a “waste of time” to negotiate with Russian President Vladimir Putin about ending the conflict.

“I am beginning to think those people are right when they say, ‘It’s useless to talk to him. It’s just a waste of time,’” Draghi told Italian newspaper Il Corriere della Sera in an article published on Sunday. He suggested that Putin’s goal isn’t to seek peace, but rather to “annihilate the Ukrainian resistance, occupy the country and entrust it to a friendly government.”

Draghi attributed his gloomy outlook to alleged war crimes in Ukraine, apparently accepting accusations against Moscow as fact. For instance, he noted that he spoke to Putin in a March 30 telephone call about peace talks and the possibility of Italy paying for its purchases of Russian natural gas with rubles. The two men agreed to talk again within a few days. 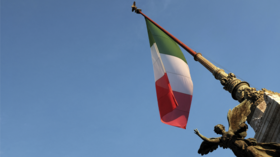 “Then came the horror of Bucha,” he said, referring to accusations that Russian troops killed civilians as they withdrew from a Kiev suburb. Putin has dismissed the accusations as fake, saying the supposed “massacre” was staged.

The Italian PM said he still supports French President Emmanuel Macron’s efforts to seek a negotiated peace deal in Ukraine, saying it’s right to pursue every possible avenue of dialogue, but he added, “I have the impression that the horror of the war, with its carnage, with what they have done to children and women, is completely independent of the words and phone calls that are made.”

Draghi said he incorrectly expected a quick Russian victory at the beginning of the conflict. Citing poor prospects for successful peace talks and Ukraine’s surprisingly strong resistance, he predicted “prolonged violence with destruction that will continue. There is no sign that the Ukrainian people can accept the Russian occupation.” 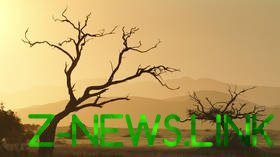 Asked whether increasing Western military aid to Ukraine and talk of Sweden and Finland joining NATO might trigger a wider war, Draghi replied, “The line of all allies remains that of avoiding a direct involvement of Europe in the war. One of the cornerstones of this conflict is the assertion by all NATO leaders, starting with US President Biden, that there will be no direct involvement of the alliance.”

Draghi stood by Italy’s decision to supply weapons to Ukraine, saying it would be antithetical to “European values” to refuse help to people who are being attacked, essentially telling them to surrender to an aggressor.

Italy’s economy has already been hurt by the Ukraine crisis, Draghi conceded, and the country relies on Russia for about 40% of its gas supplies. However, he defended strong sanctions against Moscow and suggested that the EU impose a cap on prices for Russian gas.

Draghi, formerly chief of the EU Central Bank, dismissed the economic sacrifices that Italians would have to make to punish Moscow, saying, “Peace is worth sacrifices.” He predicted that the adjustments would be small, such as setting thermostats a few degrees higher during the summer, and called for diversifying energy supplies, citing Italy’s deal this month to increase fuel imports from Algeria. 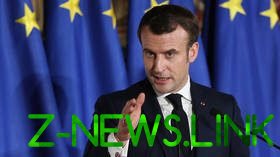 “Peace is the most important value, regardless of the sacrifice, but in this case, the sacrifice is also small,” Draghi said.