Home / FUNNY NEWS / Talking about a strange photo of Putin

Talking about a strange photo of Putin 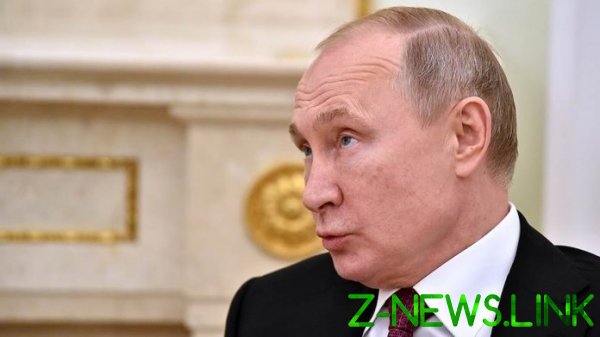 Putin gave new cause for ridicule.

This time Vladimir Putin was embarrassing with the next change in appearance.

The reason for the ridicule was the picture in his microblog on Twitter posted a propagandist Dmitry Smirnov.

“Vladimir Putin proposed to start in Russia some research projects on a planetary scale: for Example, to make a genomic map of the ocean. We have the largest coastal area in the world, but the stones on the moon we now know more than about our ocean,” — says the publication.

Users with humor reacted to the publication and noted that Vladimir Putin before his visit to the scientists again went to a plastic surgeon.

“I don’t understand, who decided the money SP*zdit?”, “The old man finally f**tered like”, “Putin is an idiot on a planetary scale”, “What a Way to face? The new scar on his right cheek appeared. Before the meeting with young scientists pumped extra extra Botox? And the nose is swollen like a potato. Where is the real scary?”, — they write in the comments. 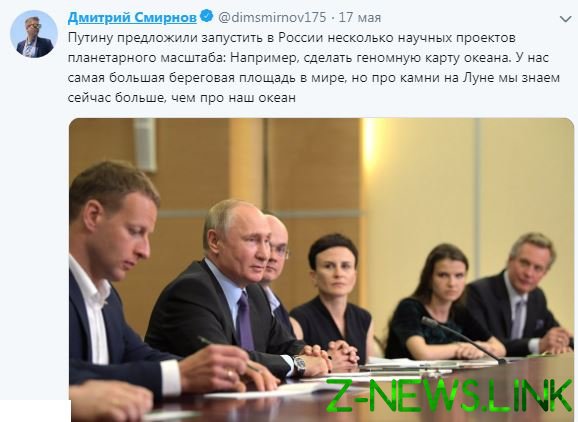