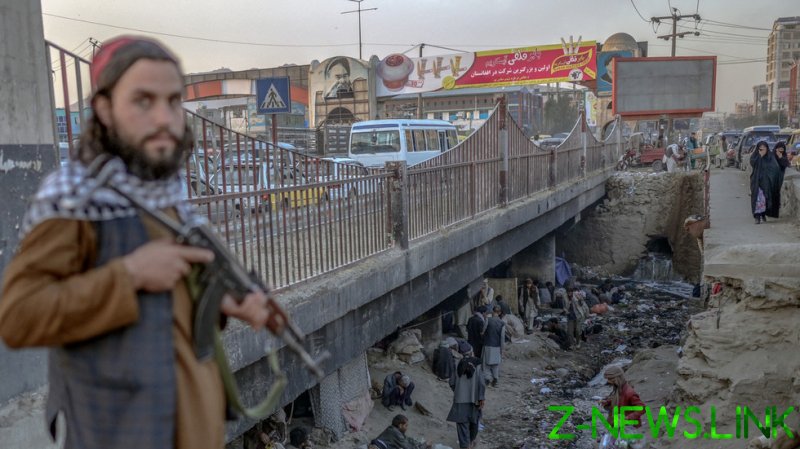 Millions of Afghans are addicted to drugs. Up to 10% of the nation’s population – roughly 3.5 million people, including 800,000 women and children – take drugs, according to Ahmed Zahir Sultani, the head of a Kabul hospital responsible for the rehabilitation of drug addicts.

Massive drug addiction came as a legacy of the country’s tumultuous past. The Afghan drug industry has flourished since the 1980s, including through the decades of the US and NATO occupation. The Taliban itself did not shy away from profiting from the drugs trade in the past, but declared its own “war on drugs” after seizing power in August 2021.

Taliban fighters have searched slums under bridges, in parks, abandoned buildings and even graveyards in their hunt for addicts, most of whom had to be dragged to the Kabul hospital by force, according to some reports.

The hospital itself, built under the government of the ousted President Ashraf Ghani last year, has a capacity of 1,000 beds. Now, it has around 3,000 patients, Sultani told RT, describing this as a “great challenge” and pointing to the “shortage of food, medicines, beds and staff to care” for the patients.

The hospital conditions might be rough but some patients see it as a way out of their misery. One of them, called Syed Mustafa, said he was “thankful” to the Taliban for bringing him to the hospital. He hopes to reunite with his wife and children after rehabilitation. Another patient called Najeebullah had similar aspirations, explaining that he started taking drugs after being caught in one of the Taliban attacks and seeing his colleagues die.

However, not all of the patients are happy with their fate. One, called Gul Muhammad, told RT that his brothers had placed him in the hospital by deception, despite saying that he “does not take any drugs.”

Both the head of the hospital and some of the patients appealed to the world to help Afghans – and the Taliban government – in the fight against drugs. “I think people with more resources should come here to help,” Mustafa stated, while Sultani said he would “personally appeal to the world to help us.”