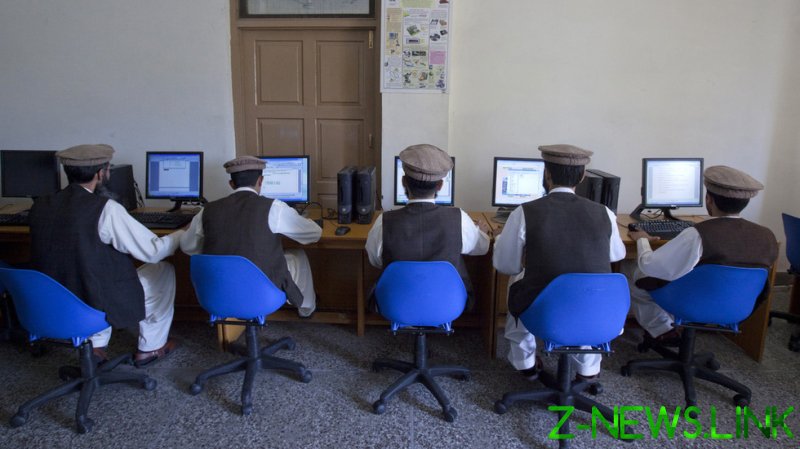 Facebook, which claims it has blacklisted Taliban-linked groups under its “dangerous organizations policy” for “years” due to US Treasury Department sanctions, does not plan to alter its approach now, a spokesperson declared on Tuesday. Instead, Facebook will defer to the “authority of the international community.”

This policy holds for its subsidiary corporations Instagram and WhatsApp as well, even where it would seem to present a conflict of interest. For example, a “complaints helpline” that allowed Afghan users to contact the Taliban in case of violence, looting, or other problems has been deplatformed, a move denounced by regional aid workers as “absurd” and “unhelpful” given the current government flux.

Facebook, however, is convinced it’s doing the right thing by toeing the line of US foreign policy.

“Regardless of who holds power, we will take the appropriate action against accounts and content that breaks our rules,” a company spokesperson said on Tuesday, adding that the company has a team of Dari and Pashto speakers who have “knowledge of local context” with the ability to recognize and tip Facebook off to “emerging issues.”

The social media behemoth reassured the public that this applies to Instagram and WhatsApp as well – though it insisted it lacks access to the actual contents of WhatsApp messages, which are supposed to be end-to-end encrypted, and that it only takes action on that platform “if we become aware that a sanctioned individual or organization may have a presence on WhatsApp.”

The Taliban has supposedly used the platform, however, and it’s not clear what if anything Facebook has done or plans to do in response. The US and other Five Eyes governments have long sought to strip encryption from the messaging service, which Facebook bought in 2015, citing excuses ranging from child abuse to terrorism. The Taliban’s takeover of Afghanistan has prompted a slew of pearl-clutching over US intelligence’s supposed inability to read the group’s encrypted texts.

The Google-owned YouTube also claims not to allow Taliban-owned accounts. While declining to comment when first asked about its stance with regard to the group on Monday, instead citing the US State Department’s “Foreign Terrorist Organization” list – which doesn’t include the Taliban – it clarified its position to Reuters on Tuesday.

Twitter, on the other hand, has stopped short of banning or even promising to ban the fundamentalist group, instead explaining that the Afghan people are using the microblogging platform to “seek help,” according to CNN. A spokesperson promised Twitter would “remain vigilant” in enforcing its rules against glorifying violence. The Taliban appear to have taken advantage of the friendly platform to grow a sizable Twitter following.

The Taliban has been in de facto control of Afghanistan since Sunday, when it took control of the capital city of Kabul. The US has thus far kept its promise to vacate the country, if a few weeks late.

The US is set to finally vacate Afghanistan by the end of the month, almost exactly 20 years after invading the nation following the Taliban’s refusal to turn over Al-Qaeda leader Osama bin Laden in the aftermath of the September 11 terrorist attacks on the Twin Towers and the Pentagon. The Taliban declined to produce the alleged terrorist without proof he had indeed masterminded the attack, leading to a prolonged manhunt and the toppling of the Taliban government. It was followed by a long, drawn-out ‘nation-building’ process that cost trillions of dollars and thousands of lives, ultimately yielding little beyond a corrupt puppet government and a grisly stream of alleged war crimes.

Twenty years later, with the Taliban restored to power, little has ultimately changed, other than the roaring resurgence of the opium crop the Islamic fundamentalist group had all but destroyed shortly before the US invasion. The sect has promised peace, pardons for wartime enemies, women’s rights “within the framework” of Sharia law, media freedom so long as it serves Afghanistan’s “national values,” and the replacement of the country’s infamously bountiful opium crop with something less intoxicating but still financially lucrative.