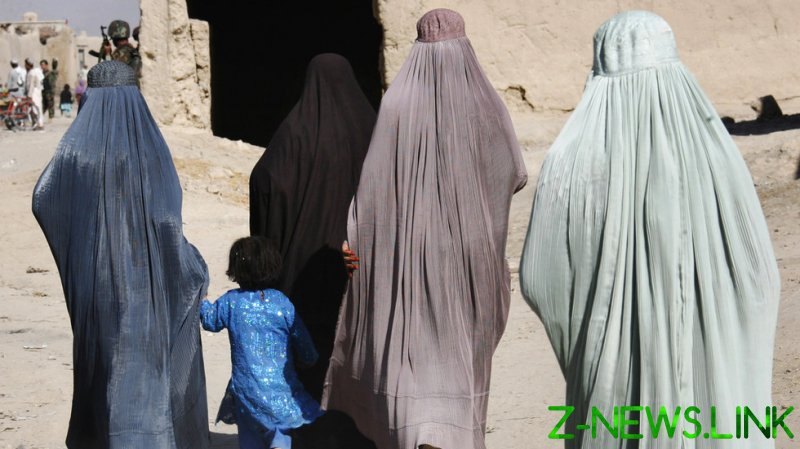 Suhail Shaheen told the BBC on Sunday that the group, which subscribes to Sharia law, would respect the rights of women. Under the new government that is being formed, women will be allowed to leave home alone, work, and have access to education, so long as they wear hijabs, Shaheen explained. He insisted that women had nothing to fear from the Taliban and that the group would protect their honor.

The current US-backed government under President Ashraf Ghani is expected to step down after the collapse of the Afghan National Army led to Kabul being surrounded by Taliban forces. Afghan Interior Minister Abdul Sattar Mirzakwal said earlier on Sunday that there would be a “peaceful transfer of power” to a transitional government.

In recent days, news agencies have published stories claiming that the Taliban has already started to crackdown on women’s rights in territories under their control. One report alleged that a group of women who worked at a bank in the southern city of Kandahar were instructed to remain at home. Another story claimed that in some villages under Taliban control, girls and women between the ages of 16-44 were being selected as brides for Taliban fighters. A Taliban spokesman denied the story as a fabrication.

UN Secretary-General Antonio Guterres earlier said he was “deeply disturbed” by accounts of women being mistreated in areas seized by the Taliban, adding that he feared the “hard-won rights of Afghan women” would be “ripped away” by the militant group.

The Taliban imposed a severe form of Islamic law during its rule between 1996-2001, resulting in the stoning and flogging of women accused of indecency.

The plight of Afghan women has been highlighted by critics of the US military’s withdrawal from Afghanistan. However, many commentators have questioned whether extending the United States’ nearly 20-year presence in the country would actually change the long-term prospects for women and girls in the war-torn nation.