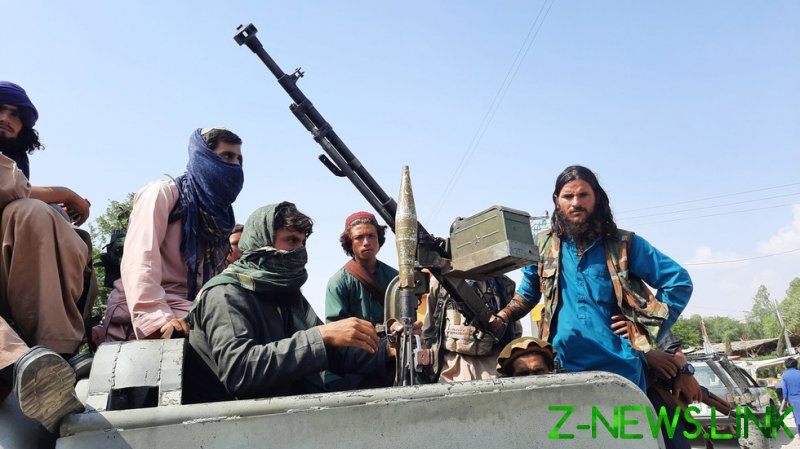 Speaking to Al Jazeera Mubasher TV from within the palace on Sunday night, Taliban spokesman Mohammed Naeem declared the war for Afghanistan to be over, stating that the Islamist militants had achieved their objective of securing “the freedom of our country and the independence of our people.”

The group’s spokesman then added they do not expect the foreign powers to repeat the mistake of invading Afghanistan, squarely taking a dig at the US-led coalition’s “failed experience.”

The group then vowed to “deal with the concerns of the international community through dialogue.”

Though Kabul was seemingly taken bloodlessly, following the abrupt departure of President Ashraf Ghani, reports of executions and violent payback against those loyal to Ghani’s government shadowed the Taliban’s lightning march on the capital. To these concerns, the Taliban spokesman said that his group would offer amnesty to former government loyalists, and would safeguard foreign embassies and diplomatic missions to Afghanistan.

Despite calls from the US and multiple international organizations to seek a political solution with Ghani’s government, the Taliban entered Kabul on Sunday demanding nothing less than the complete transfer of power. Ghani’s abrupt departure took the Taliban by surprise, the spokesman told Al-Jazeera, and following his flight, the president’s former aides were more than willing to set up an easy transition to Taliban rule.

“It is my pleasure that I am carrying out the process of handing over the presidential palace to the Taliban militants, and it is my pleasure that this process is carried out without bloodshed,” a former bodyguard of Ghani’s told Al-Jazeera earlier on Sunday from inside the palace.

As the Taliban reportedly prepare to declare an “Islamic Emirate of Afghanistan” from the palace, foreign workers and diplomats, as well as droves of Afghans hoping to escape Taliban rule, have thronged Kabul Airport. Commercial flights from the airport were suspended earlier on Sunday as US military aircraft, carrying troops to cover the evacuation of Americans, touched down.