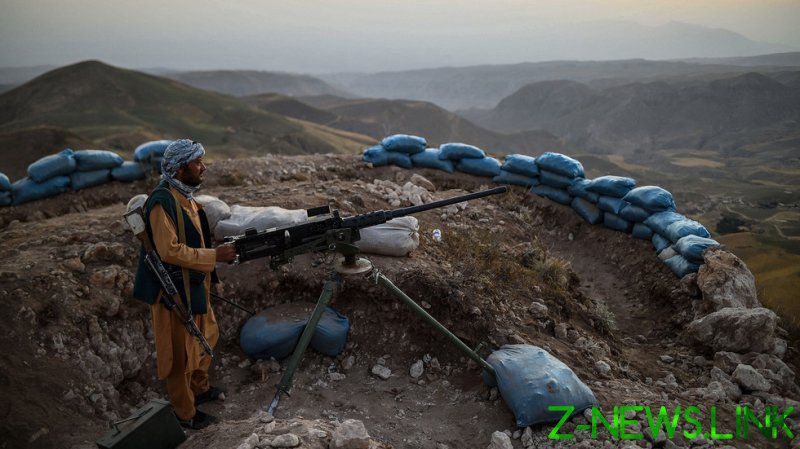 After a series of attacks on Tuesday, the militant group captured Farah city in the southwest – capital of the province of the same name – as well as the capital of Baghlan province, Pul-e-Khumri, located just 125 miles (200km) from the national capital of Kabul. Local officials confirmed that both cities had fallen to reporters with Al Jazeera and AFP.

“The Taliban are now in the city,” Baghlan MP Mamoor Ahmadzai told AFP, adding that the group “raised their flag in the main square and on the governor’s office building.”

The Taliban announced the successful operations in a series of tweets, also sharing a video of victorious fighters in Pul-e-Khumri.

The Taliban has captured a total of eight provincial capitals in the space of four days as it intensifies attacks across Afghanistan. The group took Zaranj in Nimroz province on Friday, followed by Sheberghan in Jowzjan province the next day. Sunday saw the cities of Sar-e-Pol and Taloqan fall, as well as Kunduz – one of the largest cities in the northeast – while Taliban fighters overran Aibak in Samangan province on Monday.

Responding to the latest Taliban gains, President Joe Biden insisted that he did not regret his decision to withdraw American forces from the country after a 20-year campaign, telling reporters the plan “will not change.” He also urged Afghan officials to unite to defend their country, arguing they were well-equipped to do so.

“We spent over $1 trillion over 20 years. We trained and equipped with modern equipment over 300,000 Afghan forces,” Biden said during a press conference, adding that “Afghan leaders have to come together.”

Afghan forces have largely folded under the Taliban onslaught, and the group is likely to expand its gains in the coming days as it begins to threaten other provincial centers. Taliban fighters are now besieging the capitals of Helmand and Kandahar in the south, while the group announced on Tuesday that it is “on the verge of entering Feyzabad city,” capital of the Badakhshan region, saying local government forces had “suffered heavy casualties” there. The major city of Mazar-i-Sharif in Balkh province is also under attack, though the Afghan government said it repelled an incursion there on Tuesday.

Perhaps most alarming for Afghan officials – and their American counterparts – are Taliban strikes in Kabul itself, the seat of the central government. Over the last week, the group has set off several car bombs in the city and carried out a number of targeted assassinations, stoking fears it could soon threaten the nation’s capital.

While the Pentagon said the US withdrawal from Afghanistan was more than 90% complete last month, American airstrikes on the Taliban have seen a major uptick, with the New York Times reporting “dozens” in recent weeks. US officials also told the Times that the Pentagon is “likely” to seek authorization for another air campaign in the coming months should insurgents seriously threaten Kabul or Kandahar city, raising questions about whether Washington truly intends to leave the country by Biden’s September 11 deadline.