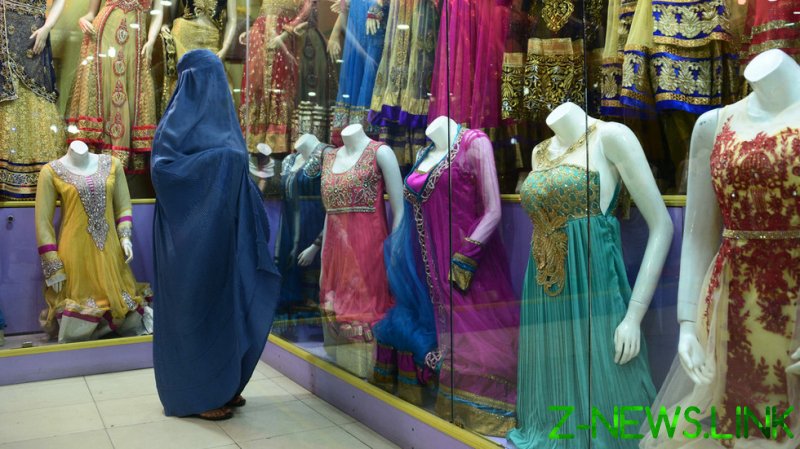 The Taliban has ordered clothes shops in Afghanistan’s Herat province to behead all mannequins because they are “idols,” according to media reports.

According to The Times newspaper, the ruling was issued last week by the local office of the Ministry for the Propagation of Virtue and the Prevention of Vice, which is charged with enforcing the Taliban’s reading of Sharia Law in the western province.

Officials initially wanted shopkeepers to remove the dummies altogether, describing them as “statues” that were being “worshiped.” However, store owners hit out at the idea, arguing that it would have an adverse effect on their already floundering business. The Taliban relented and settled for the mere beheading of mannequins instead, with severe punishment awaiting those who run afoul of the new rule.

Speaking with the Italian la Repubblica newspaper, one store owner complained that the Taliban’s order would mean financial losses for businesses, as each mannequin cost between $70 and $100.

Judging by unverified video circulating on social media, which features a man decapitating a mannequin with a hacksaw, some shop owners have already opted to comply with the ruling.

The Taliban gained notoriety for stripping women of much of their freedoms when it first came to power back in the mid-1990s. When the group took over the country last August, it vowed to respect women’s rights within the scope of Sharia Law.

However, as months went by, the new rulers imposed more and more restrictions on Afghan women, effectively barring them from secondary education and work. One of the latest decrees of this kind in late December prohibited women from traveling further than 72km (45 miles) from their home without a male chaperon.

UNICEF has also reported cases of newborn girls being sold off by their parents for future marriages as the country plunged into a deep economic crisis in the absence of Western funding that had propped up the previous government.

The ultra-religious rule of the Taliban is affecting men’s lives, too. Last September, the group prohibited hairdressers in Helmand province from shaving beards. Drivers were also banned from playing music in their vehicles, and they now have to stop for prayer times in a “proper place.”