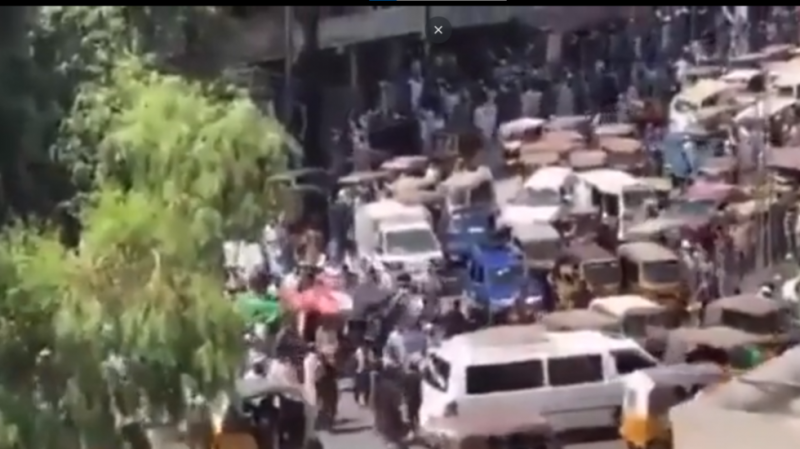 On Wednesday, Taliban gunmen cracked down on a protest in the eastern city of Jalalabad, which sits just 80 miles (130 kilometers) from the capital Kabul.

Media reports, including from Al Jazeera, suggest that at least two people have died and a further 12 were injured in the shooting. According to reporters on the ground, many of the city’s residents had objected to the replacement of the flag of Afghanistan with the Taliban banner.

In footage shared online, protesters can be seen raising the red, black and green colors of the Afghan state having reportedly removed the Taliban standard.

Men and women can be seen fleeing for safety as gunshots ring out around the city.

Several people, including journalists, on Twitter claimed to have identified one of the men who died as the head of Sahar Broadcasting Association, calling him a martyr for the nation.

Earlier footage shared by the Pajhwok Afghan News agency showed Afghans waving their national flag as they march through the streets.

The agency also claims that the Taliban had beaten up several journalists covering the events. Unverified graphic footage from the city appears to show the Taliban punishing journalists who worked with foreign agencies. One man can be seen jumping on a supposed journalist lying on the floor.

Since the Taliban takeover, there have also been protests in Khost and Asadabad. There were no reports of shots being fired at other demonstrations.

On Tuesday evening, Taliban co-founder Mullah Abdul Ghani Baradar returned to Afghanistan from his exile in the Qatari capital, Doha. Some believe he will be the country’s next president following the fall of Kabul and after ousted President Ashraf Ghani fled to an unknown country of safety.