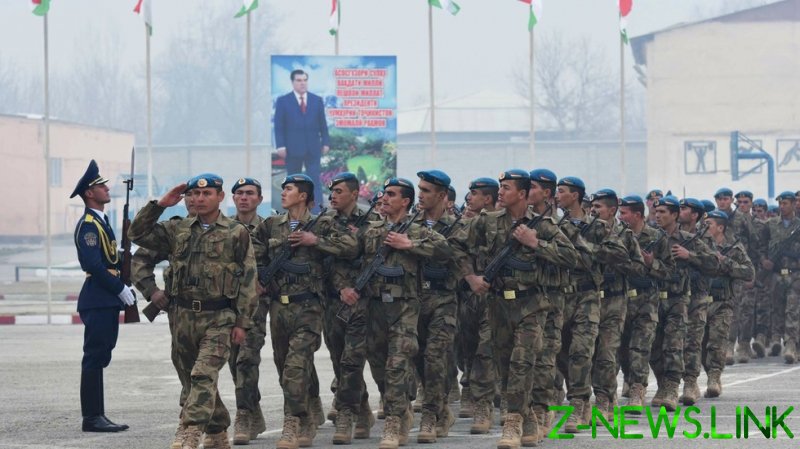 The Taliban has set up observation posts and checkpoints after having largely overrun the areas adjacent to the Afghan-Tajik border, the Collective Security Treaty Organization’s (CSTO) Chief of the Joint Chiefs of Staff General Colonel Anatoly Sidorov explained.

“We’ve seen the Taliban’s outposts. At least for now, we see no aggression coming from [them],” Sidorov said. “They are not hiding at all. It appears the situation is fairly peaceful on the [Afghan] side.”

Sidorov said he is confident that Tajikistan is capable of repelling a possible Taliban incursion. “There is no doubt that Tajik border and military personnel will handle the situation,” he said.

“Despite the extremely rough terrain and climate, it’s rather difficult to muster a group that can pose a threat to Tajikistan’s territorial integrity,” Sidorov explained.

We have to project small raids by groups of 20, 40, maybe, 70 people. Of course, they will be met with an adequate response from Tajikistan.

The official added that Russian troops stationed in Tajikistan and the CSTO rapid response force are ready to help Dushanbe if necessary.

“We have to keep our powder dry,” he said, adding that during regular drills, CSTO member states had practiced deploying additional forces along the Afghan border.

A defense and security bloc founded in 1992, the CSTO consists of Russia, Belarus, Armenia, Kazakhstan, Kyrgyzstan, and Tajikistan. It is roughly analogous to the US-led NATO.

The Tajik envoy to the CSTO, Khasan Sultonov, said on Wednesday that around 1,500 Afghan government army servicemen crossed the Tajik border while fleeing from a Taliban offensive over the last two weeks. Sultonov asked the CSTO to assist his nation in securing the border.

A delegation from the Taliban’s political wing met with Russian officials in Moscow on Thursday, the Russian Foreign Ministry confirmed. Taliban negotiator Mohammad Suhail Shaheen told news agency TASS that the militants will not attack Tajikistan.

Shaheen wrote on social media that the Taliban will not allow anyone to use the soil of Afghanistan against any other country, nor will it tolerate the intervention of others.

The militants have been gaining ground in Afghanistan in recent weeks amid the looming complete withdrawal of US forces. President Joe Biden initially said that American troops would leave the country by September 11, but on Thursday he announced that the US military mission will come to an end before August 31.

“We did not go to Afghanistan to nation build,” Biden said, adding that it is up to the Afghan people to determine the future of the country.

The US has been leading a Western force fighting the Taliban and other militants in Afghanistan since 2001, following an invasion which began the divisive so-called “war on terror.”