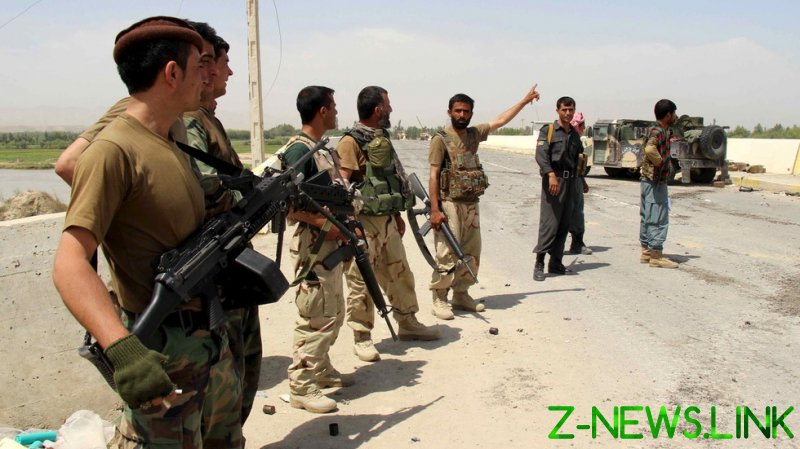 Militants stormed the city of Qala-e-Naw on Wednesday morning before being cleared out by government forces around 4pm local time, the Ministry of Defense said in a Facebook post.

Airstrikes were used to push the Taliban back and Afghan National Defense and Security Forces were also deployed to restore order to the city, officials said.

Taliban fighters reportedly entered the city from three directions before temporarily taking over the police headquarters, an office of the National Directorate of Security, and causing chaos for local people.

“More than 200 prisoners in the central prison of the Badghis broke the prison gate and escaped,” Abdul Aziz Bek, the head of Badghis’ provincial council, was quoted as saying by Reuters.

Videos shared online purported to show members of the Taliban riding into Qala-e-Naw on motorbikes.

The Taliban “suffered heavy casualties,” Fawad Aman, deputy spokesman for the Ministry of Defense said in a statement.

Local media said the Taliban offensive on Qala-e-Naw was the first time they have taken over a provincial capital since US President Joe Biden’s announcement in April that American troops would begin to withdraw from Afghanistan, with only a few hundred set to remain.

Since then, the Taliban have been making progress in their campaigns in Afghanistan’s northern provinces, and now control around one third of the country’s 421 districts and district centers.

On Monday the US pulled out from Bagram Airfield north of Kabul where it has had troops stationed for almost 20 years.

The latest update from the Pentagon on Tuesday said the US has now withdrawn around 90% of its troops and equipment from Afghanistan.