Taliban declares formation of the Islamic Emirate of Afghanistan, just days after taking over Kabul 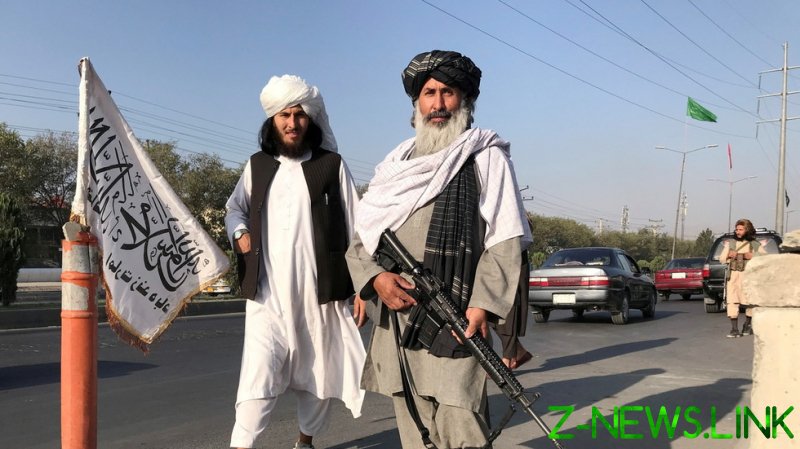 In a Twitter post on Thursday, Zabiullah Mujahid, an official spokesman for the Taliban, announced the creation of a new state, the Islamic Emirate of Afghanistan. The spokesman also shared an image, in which the flag of the emirate appears to be combined with its coat of arms.

The declaration comes less than a week after the fall of the country’s capital, Kabul, the Islamist militant group.

Mujahid also stated that the foundation of the Islamic Emirate of Afghanistan comes 102 years after Britain relinquished control over the country. August 19 is celebrated as a national holiday in Afghanistan, commemorating its independence from the colonial superpower.

The Islamist organization have long used the name to refer to themselves in official communications.

On Sunday, the militant group claimed control of Kabul as ousted President Ashraf Ghani fled, finding refuge in the UAE. On Tuesday, in Ghani’s absence, First Vice President Amrullah Saleh said that he was currently in the country and therefore, according to the constitution, the rightful leader.

On Wednesday, at least three died in Jalalabad, according to witnesses, when Taliban gunmen opened fire on crowds of protesters. Footage from the eastern city showed demonstrators tearing down the Taliban standard and raising the flag of Afghanistan. Since the Taliban takeover, there have also been protests in Khost and Asadabad, although there were no reports of shots being fired at other demonstrations.