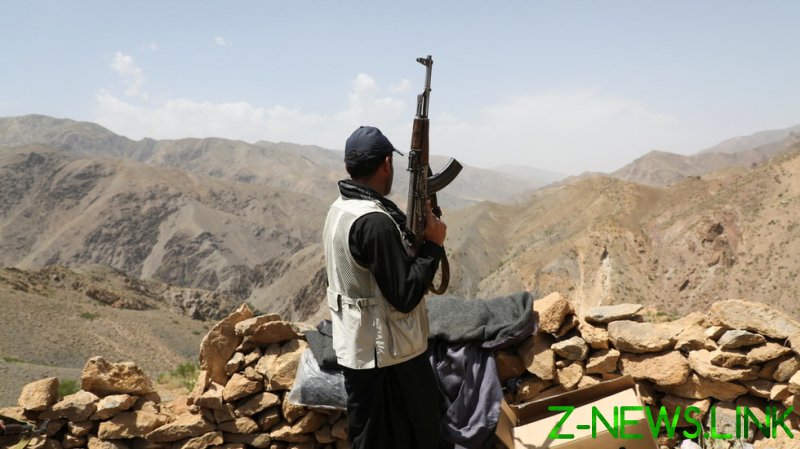 The capital of Afghanistan’s Badghis became the site of fierce fighting on Wednesday as Taliban fighters reportedly captured the city’s police headquarters and the regional offices of Afghanistan’s spy agency, the National Directorate of Security.

“The enemy has entered the city, all the districts have fallen. The fighting has started inside the city,” Badghis governor Hessamuddin Shams announced in a text message sent to reporters.

Members of the Badghis provincial council told the AFP news agency that some security officials had surrendered to the Taliban during the night, but an army camp in the city had not yet been abandoned and fighting was ongoing.

The assault marks the first time that the Taliban has targeted a provincial capital since starting a massive offensive that began as US forces began pulling out of Afghanistan. In the past several days, the insurgents have reportedly captured more than a dozen districts across the country. In total, the group now claims to control over 100 of Afghanistan’s nearly 400 districts, although Kabul disputes this figure.

The US announced earlier this week that its withdrawal from Afghanistan was more than 90% complete. The withdrawal is part of a deal between the US-led coalition and the Taliban, in which foreign forces have agreed to leave the country after nearly two decades in return for reassurances that Afghanistan would not become a breeding ground for terrorists. However, Washington has signaled that it might keep around 1,000 troops in Kabul to guard embassies and the capital’s airport. The move could be viewed by the Taliban as a violation of the withdrawal agreement.

A Taliban spokesman recently warned that any foreign soldiers who stayed behind after the September withdrawal deadline risked being treated as occupiers. He further hinted that the presence of foreign troops in Kabul could make the capital a military target, although this was not the insurgent group’s current policy.