Home / WORLD / Taliban celebrates in Kabul after claiming it has captured Panjshir province, resulting in full control of Afghanistan

Taliban celebrates in Kabul after claiming it has captured Panjshir province, resulting in full control of Afghanistan 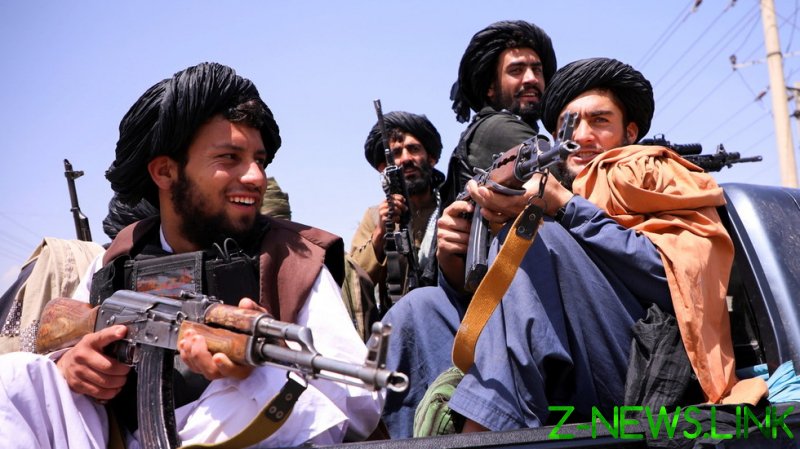 Tracers streaked across the night sky on Friday evening local time, reminiscent of celebrations on Tuesday following the departure of the last US airplane from Kabul. There were different reports as to the occasion, however, with RT’s senior correspondent Murad Gazdiev hearing both talk of victory in Panjshir and the arrival of the Taliban’s leader.

Panjshir Valley, located north of Kabul and made into a separate province by the US-backed Afghan government after the Taliban was ousted in 2001, controls a key strategic road to eastern Afghanistan. As of Thursday, it was held by fighters loyal to Ahmad Massoud, son of an anti-Taliban leader assassinated in 2001, who declared themselves the National Resistance Front of Afghanistan (NRFA).

Among the ‘resistance’ is Amrullah Saleh, who served as vice president in the US-backed government and now styles himself the rightful president of Afghanistan.

Saleh sent out a statement on Friday that he was still in the valley and that the resistance was still fighting, denying rumors from Kabul that Panjshir had fallen – but said the situation was difficult and that they were under attack from the Taliban, Pakistani troops and Al-Qaeda.

He also called on the UN and the international community to condemn “war crimes” of the Taliban, saying the group had blocked humanitarian access to Panjshir and shut off power and phone lines, according to TOLO News.

A Twitter account claiming to represent the NRFA has also declared that the resistance is “strong like our mountains here,” and urged Afghans and the world media to not “fall for the Taliban propaganda that they’re spreading in Kabul.”

As late as July, the US estimated that the Taliban had no more than 80,000 fighters and that the US-equipped Afghan National Army (ANA) could hold them off for months. Instead, the Taliban swept through most of Afghanistan and took Kabul without much of a fight on August 14, with the ANA surrendering or fleeing. An enormous amount of US-made ANA equipment, weapons and ammunition fell into the Taliban’s hands.