Home / WORLD / Taliban captures 6th provincial capital weeks after rejecting reports of a ceasefire, amid fallout from US withdrawal

Taliban captures 6th provincial capital weeks after rejecting reports of a ceasefire, amid fallout from US withdrawal 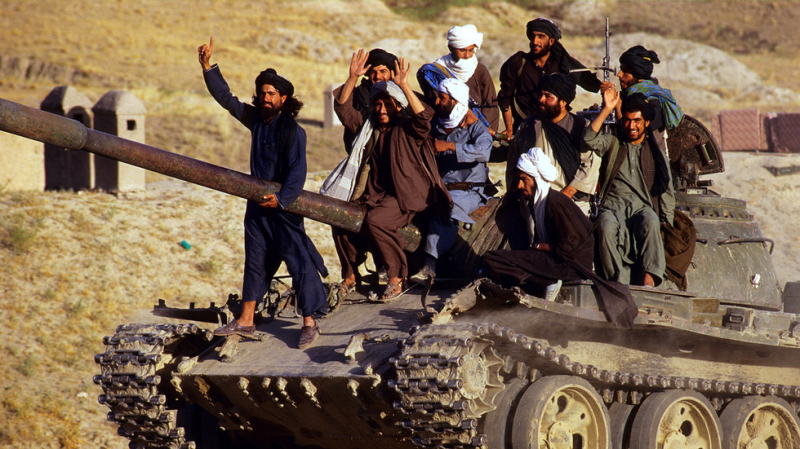 The military victory for the Taliban was confirmed by the deputy governor of Samangan Province, home to the city of Aibak. Speaking to AFP, Afghanistan official Sefatullah Samangani declared that “the Taliban have captured the city of Aibak and have complete control over it.”

The Taliban formally took control of the city on Monday, after a “senator surrendered” and asked Afghanistan to withdraw its forces from the area to avoid further conflict.

Taliban spokesperson Zabihullah Mujahid declared on Twitter that the city center was completely under its control, while the governor, the police chief, the intelligence department, and all its affiliates were cleared.

The capture of Aibak comes days after Taliban militants seized control of the provincial capital of Sar-e Pul and the region’s fifth-largest city. All major government buildings in the two locations have been secured by Taliban fighters, although Afghan soldiers were reportedly trying to retain control of the Kunduz airport.

The continued military advance of the Taliban throughout Afghanistan follows the group’s rejection of reports that a ceasefire deal had been reached with the country’s government in return for the release of 7,000 prisoners.

Since America’s withdrawal from the region earlier this year, the Taliban claims to have secured 85% of the territory in Afghanistan. Afghan officials dispute this figure, however, claiming it has been exaggerated by the group.