Taliban calls for improved ‘diplomatic relations’ with US after ‘candid talks’ in Doha, welcomes humanitarian aid 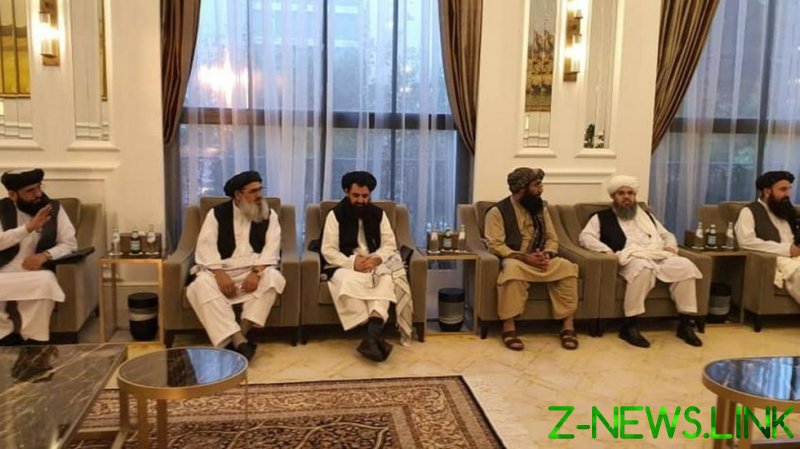 In a statement released in the wake of two-day talks with US officials in Doha, Qatar, the Taliban said that the US promised to “give humanitarian assistance to Afghans” and “provide facilities for other humanitarian organizations to deliver aid.”

While saying that it “welcomes” the aid, the Taliban stressed that any help “should not be linked with political issues.”

The US delegation and the representatives of the Taliban discussed “all relevant issues” during the meeting that took place over the weekend, the group said, without elaborating further. Earlier, Taliban-appointed Foreign Minister Amir Khan Muttaqi told the media that the two sides agreed to continueabiding by the terms of the 2020 Doha agreement, which was negotiated by former President Donald Trump’s administration. The US pledged to withdraw all NATO troops from Afghanistan under the deal, while the Taliban voved to not let terrorists overrun territories under its control.

The Taliban described the first talks with the US since the troops pullout in August as “candid,” noting that the parties agreed to meet in the future if such need arises.

Despite US President Joe Biden’s administration refusal to recognize the Taliban as Afghanistan’s legitimate government, the group said that it was ready to mend relations with Washington. The appeal comes less than two months after the US-backed Afghan government crumbled in the face of the Taliban onslaught which was followed by a chaotic evacuation of US citizens and Afghan allies, thousands of whom were left behind by Washington.

“Efforts should be exerted to restore diplomatic relations to a better state,” a statement issued by Abdul Qahar Balkhi, the Taliban-appointed spokesman of the ministry of foreign affairs reads.

The US State Department struck a similar optimistic tone, describing the talks as “candid and professional,” but added that the US was not taking the Taliban at its word. In a statement that was short on detail, State Department spokesman Ned Price said that the “security and terorrism concerns,” the evacuation of stranded American citizens and allies, as well as women’s rights dominated the agenda of the meeting.

Touching upon the issue of  humanitarian assistance, Price said that it would be provided “directly to the Afghan people.”