Home / WORLD / ‘Taliban called and informed me I should continue my job,’ mayor of Afghanistan’s capital tells RT

‘Taliban called and informed me I should continue my job,’ mayor of Afghanistan’s capital tells RT 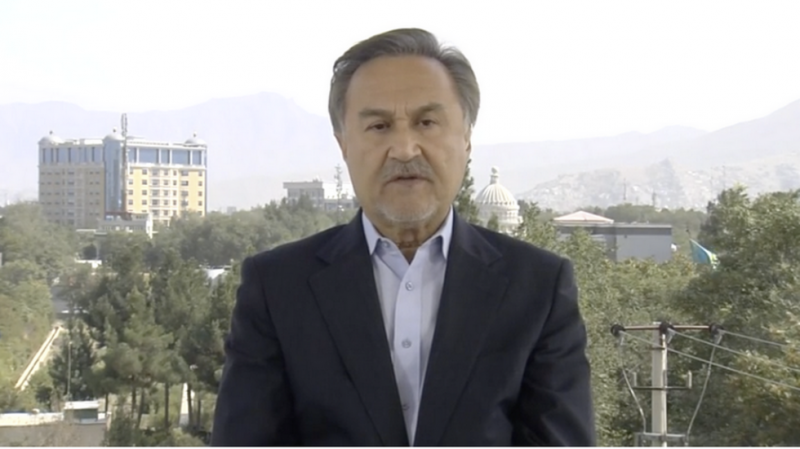 Scarcely had the Taliban retaken the capital city of Kabul when Mayor Mohammad Daoud Sultanzoy received a phone call informing him he should continue his job, the politician told RT in an interview on Friday. Observing that things were rapidly “coming back to normal” – except for transit in and out of Afghanistan – Sultanzoy pointed out that if the country wanted to be part of the international community going forward, it would have no choice but to act pragmatically.

“Both sides have to come to grips with reality,” Sultanzoy said, explaining things have changed significantly in the past 20 years and that both sides must keep “wisdom and perseverance and [the] national interest” first in mind.

The Taliban rapidly took control of Afghanistan over the weekend, surprising the Biden administration with the speed of its takeover. Even as they insisted everything was under control and there would be no ‘Saigon moment’ – referring to the iconic photo of evacuees clinging to a helicopter as it lifted off from a rooftop in the South Vietnamese capital – would-be refugees were swarming planes on the tarmac at Hamid Karzai International Airport in Kabul. By Sunday, the country had been renamed the Islamic Emirate of Afghanistan and was firmly in the Taliban’s hands.

The relative absence of violence also surprised some. Sultanzoy explained that between widespread support for the Taliban, an underlying resentment of how the Americans’ departure was managed, incoherent command and control at the higher echelons, and dissatisfaction among the military rank and file contributed to the unwillingness to fight, leading Afghan soldiers to lay down their weapons rather than fight and die for “something unknown.”

“Everything was defined around individuals rather than systems, therefore the motivation to fight for a person or persons was not enough,” he explained.

The roads and borders in and out of Afghanistan are expected to open up next week, and the markets will return to normal – at least, “that’s the expectation,” Sultanzoy said. As for backsliding toward ill treatment of women, a chief concern of the West, he believes that despite religious dictates, “society consists of 50% women” and even within the Islamic context “there are freedoms. We cannot deny that from the women of Afghanistan.”

The country “cannot afford economically, nor socially nor logically to put them on the sidelines. Educated women who can provide services, who can be part of the economy both rural and urban, therefore it’s only logical for a Taliban government or any government to take advantage of that and not put this element of the society at idle [sic].”

“It will be a new test for the nation, to emerge as a more determined nation, as a wise nation, as a nation that wants to put all the skirmishes and the bloodshed and the mayhem that has taken place for decades – we should put all those things aside. It will depend on the leadership how they will garner confidence.”

Former President Ashraf Ghani fled Afghanistan with the fall of Kabul, leaving first Vice President Amrullah Saleh to declare himself caretaker president on Tuesday – a position that is unlikely to command any real power given the Taliban’s control of all the nation’s major cities, border crossings, and major infrastructure. On Wednesday, the Taliban’s co-founder Mullah Abdul Ghani Baradar was welcomed back to the group’s founding city of Kandahar, and a Taliban spokesman declared on Tuesday that the US must remove all of its troops – including the thousands who flooded back in in recent days to help evacuate Washington’s stranded allies – by September 11. The date also represented US President Joe Biden’s exit cutoff.