Home / WORLD / Taliban bounties 3: The China menace. Claim of payments for attacks on US troops in Afghanistan now stars Beijing

Taliban bounties 3: The China menace. Claim of payments for attacks on US troops in Afghanistan now stars Beijing 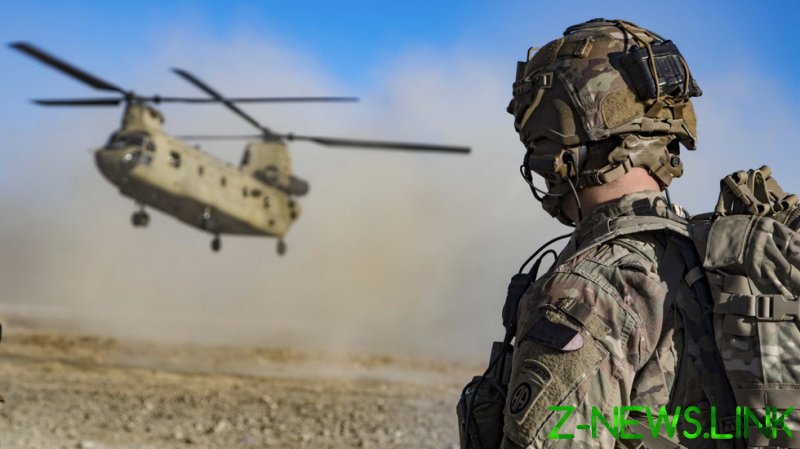 Secret intelligence indicates that “non-state actors” in Afghanistan were paid to carry out attacks against US troops, according to sources. President Trump was briefed on the intelligence. The bounties were presumably offered at a sensitive time when the US and the Taliban were engaged in talks on a peace deal.

If you think that was a recap of the “Russian bounties to Taliban” story from this summer, you’re wrong. It’s actually this week’s news first brought by Axios and later reported by all the other outlets with access – traditionally – to unnamed sources. The party that was allegedly paying the bounties is China.

But the confusion is understandable, since all the same plot twists have appeared at least twice before. June reports said it was Russia that was supposedly incentivizing the Taliban to fight its sworn enemy, though the actual bad guy, according to US media, was Trump for not showing Moscow its place.

In August, bounties were reported as coming from Iran. That case didn’t make as much of a splash in the US media – possibly because calling Trump soft on Iran would have been too far detached from reality even for his biggest critics. The fresh scoops featuring China don’t even mention the Iranian remake.

The third instalment was met with glee by Trumpworld, which challenged the media to deliver the same wall-to-wall coverage it did with the first run featuring Russia. During the presidential campaign, Trump worked hard to make his Democratic rival Joe Biden appear a China toadie, so the political motivation here is quite transparent.

If early signs are an indicator, Trump supporters will likely be disappointed. Sources are already telling their media contacts the China intelligence is “very thin,” amounts to “rumors,” and is “less” credible than what they had on Russia, much to the chagrin of Trump officials.

And the Russian bounties story never panned out. “It just has not been proved to a level of certainty that satisfies me,” Gen. Frank McKenzie, the commander of US troops in Afghanistan, said in September.

The latest scoop comes with a promise that the US will declassify whatever info it has to back the claim of Chinese bounties. If true, it would be a rare opportunity for the general public to judge it themselves rather than rely on the vague intelligence assessments and assurances of unnamed-sources-friendly journalists.